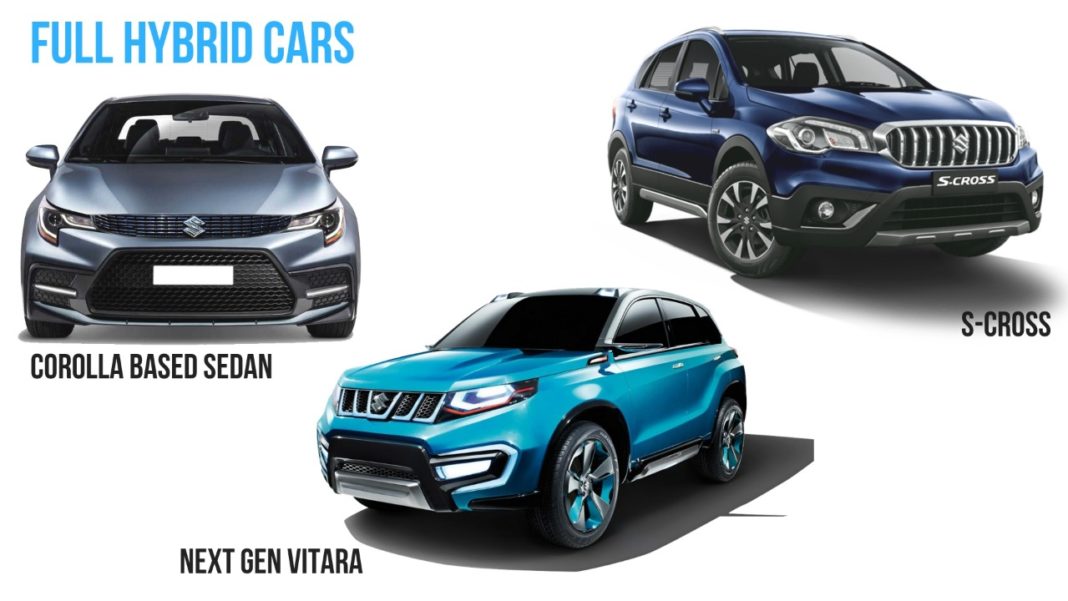 Along with the Corolla-based premium sedan, next-gen Vitara & S-cross likely to get Toyota-sourced full hybrid technology

Recently, we told you that the next-gen Suzuki Vitara would be a 7-seater model that will debut at the Auto Expo 2020 and as per our sources, the company likely to showcase the Corolla-based premium sedan, next-gen Vitara and S-Cross at the Auto Expo 2020. The bigger news is that these cars will have Toyota-sourced full hybrid technology.

Those who have been following our news reports on the Suzuki-Toyota partnership will know that the two Japanese companies have joined hands to mutually benefit each other. The maker of the Innova Crysta and Fortuner gets to use Maruti’s low-cost models like the Baleno and the Brezza.

In return, Maruti benefits from Toyota’s know-how of the full-blown petrol-electric hybrid technology. The Corolla-based sedan will be the first recipient of the technology. The Toyota Corolla-based sedan from Maruti will not only help the company venture into the hybrid territory but will also mark its return to the D1-segment, where it tried selling the Kizashi a few years ago but failed to make an impact.

The new model will finally help the country’s largest-selling carmaker compete with cars like the Hyundai Elantra as well as the Toyota Corolla Altis itself. It will even engage in a duel with the new Honda Civic that is about to be launched in the country.

Earlier this month, we revealed in an exclusive report that the Corolla-based sedan from Maruti would go on sale in the festive season of next year. The company has already started testing the new car at its R&D facility in Rohtak.

Other than the hybrid powertrain, the company’s Corolla-based sedan should also be available with the 1.8-litre petrol engine that produces a maximum power of 140 PS and a peak torque of 173 Nm. A diesel engine might be entirely skipped owing to the fast dropping demand for diesel-powered vehicles.