Maruti Suzuki India Limited (MSIL) is gearing up to launch the Grand Vitara next month in the domestic market and more new SUVs will follow it. We showed you first-ever spy images of the YTB a few weeks ago and now clearer pictures showing its exterior design have come up on the internet. As suspected, it appears to be based on the Baleno premium hatchback.

The Baleno received a facelift earlier this year with substantial changes inside and out and its influence can be clearly seen in this SUV with a coupe-like roofline. The test mule does not look to be in its initial stages of testing as production-spec elements can be noted and thus expect it to make its global premiere in early 2023 at the Auto Expo.

Soon after its debut, the Maruti Suzuki YTB is expected to reach showrooms. The exterior suggests that it draws plenty of influence from the Futuro-e concept showcased at the 2020 edition of the Auto Expo. The front end features headlamps similar to the Grand Vitara midsize SUV while the LED Daytime Running Lights are also familiar. 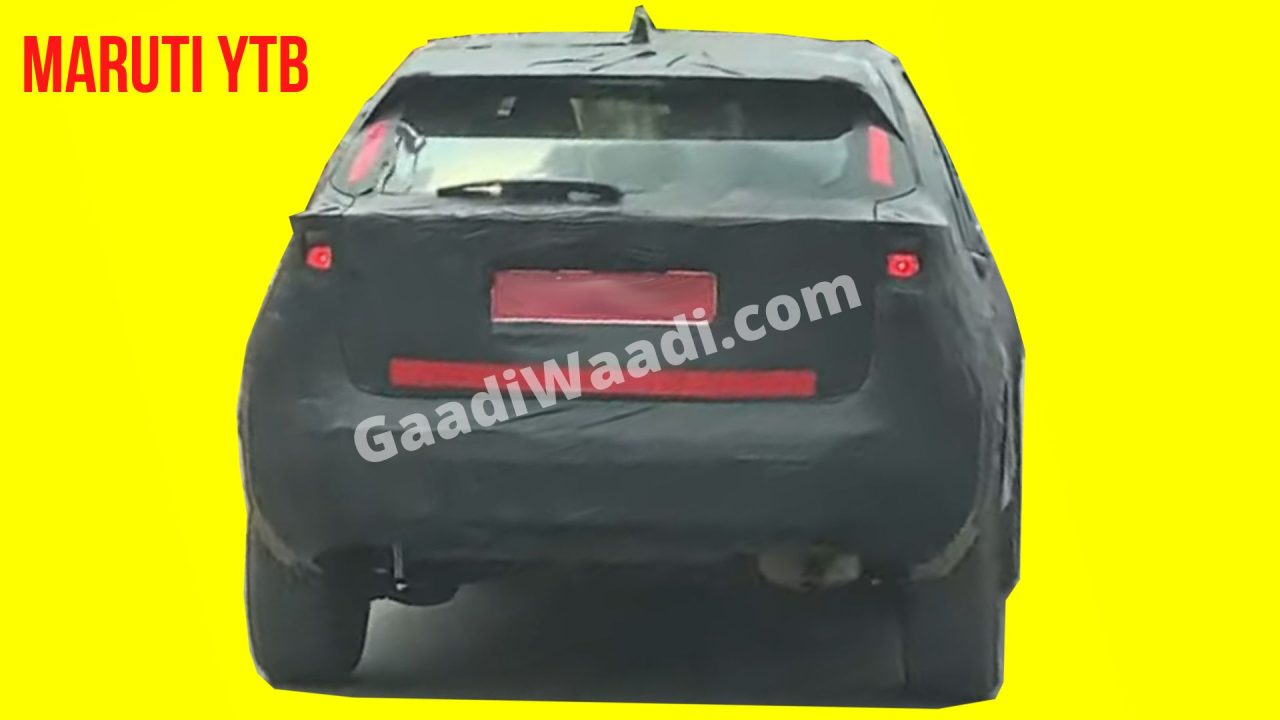 Other highlights are a swooping bonnet above the split headlamp cluster, a large air inlet on the bumper, squared-off wheel arches, rear door handles positioned in a traditional way, newly designed alloy wheels, etc. The rear has been inspired by Toyota’s Corolla Cross as we told you previously and expect the bootspace and interior space to be larger than the Baleno as well.

It will sit on the same lightweight Heartect architecture as the Baleno and will share the features list with it. As for the performance, it will likely derive power from a turbocharged petrol engine with some form of hybridisation for improved fuel efficiency. Expect both manual and automatic transmissions to be on offer with the Maruti Suzuki YTB.

It will be positioned above the Baleno in the brand’s domestic lineup and will be retailed through the Nexa chain of premium outlets. The Maruti Suzuki YTB will likely give rise to a Toyota sibling sometime next year as well.