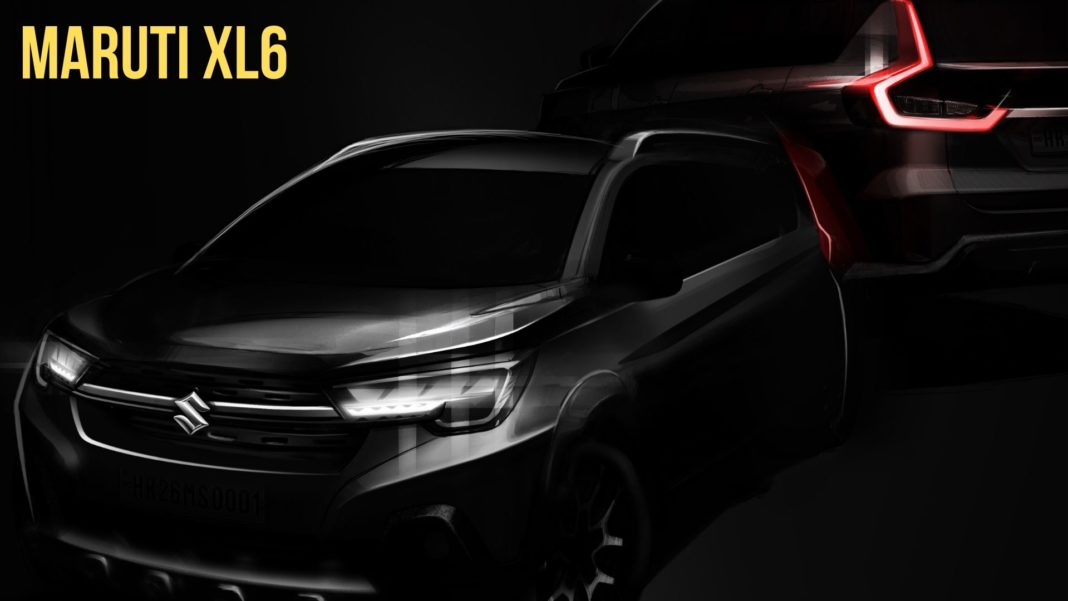 Maruti XL6 will launch in India on 21st August and will retail through the company’s Nexa chain of premium dealerships, official sketch reveals the exterior design changes

Maruti Suzuki India Ltd, the country’s largest-selling carmaker, will launch the upcoming Maruti XL6 on 21st August in India and released the first-ever teaser of upcoming sportier MPV today. The new model is based on the 2019 Ertiga MPV but will be sold through the Nexa chain of premium dealerships. The new model will be more stylish and sportier than the regular MPV and will get a revamped interior with a 6-seater layout. Here are as many as 8 things you need to know about the highly awaited upcoming 6-seater sportier MPV.

The Maruti Ertiga is available with three engine options – 1.5-litre petrol, 1.3-litre diesel and 1.5-litre diesel. However, the upcoming Maruti XL6 will be available only with the 1.5-litre petrol engine that will be aided by the SHVH mild-hybrid technology. Transmission options will likely include a 5-speed manual and a 4-speed automatic unit. 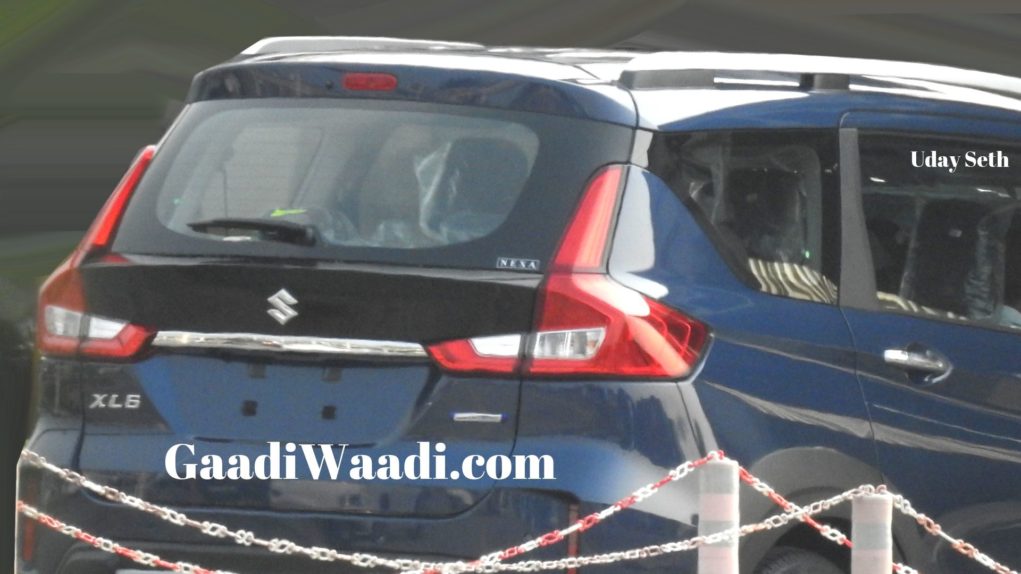 The upcoming Maruti XL6 will comply with the updated emission standards much ahead of their rollout in April 2020. This will make the new model yet another of company’s offering that complies with the BSVI-emission norms several months ahead of the deadline.

What this also means is that the potential buyers of the Ertiga-based model won’t have to worry about a price hike once the BS6 norms roll out next year. This is the same K15B motor that debuted on the Ciaz facelift and also powers the Ertiga.

While the Maruti XL6 is based on the Ertiga, it looks fairly different due to the several styling changes it carries. A highlight of the visual package is the sporty body cladding that runs around the lower section of the vehicle. The XL6 even gets silver-finished faux skid plates on both the bumpers. 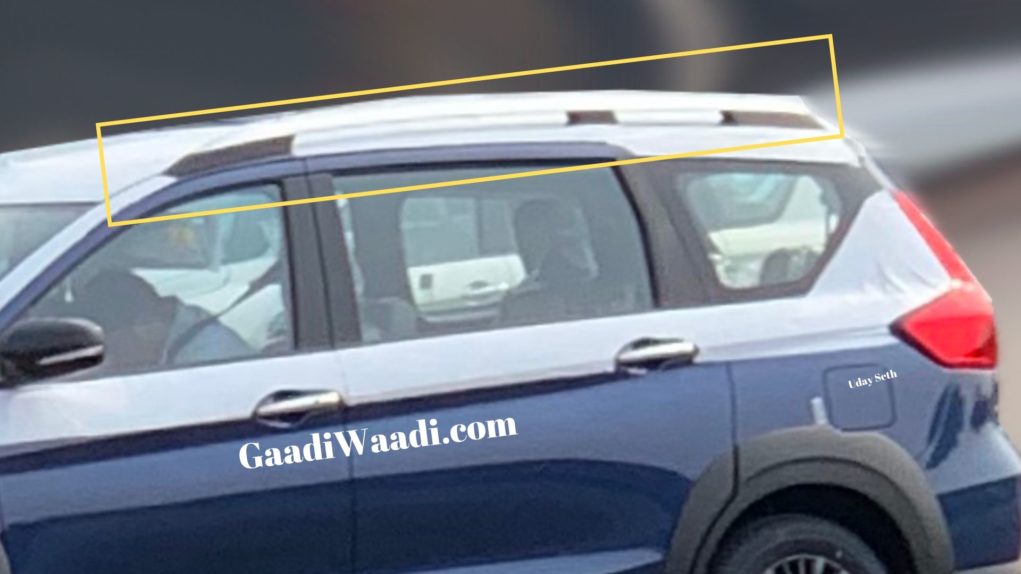 Roof rails are a common accessory that is available on most SUVs. Even the Maruti XL6 gets a pair of premium looking roof rails that complete the sportier look.

A highlight of the Maruti XL6 will be its interior, which will look substantially different than that of the Ertiga. A big reason for this will be the all-black colour theme instead of the beige-black colour scheme of the interior of the donor MPV. 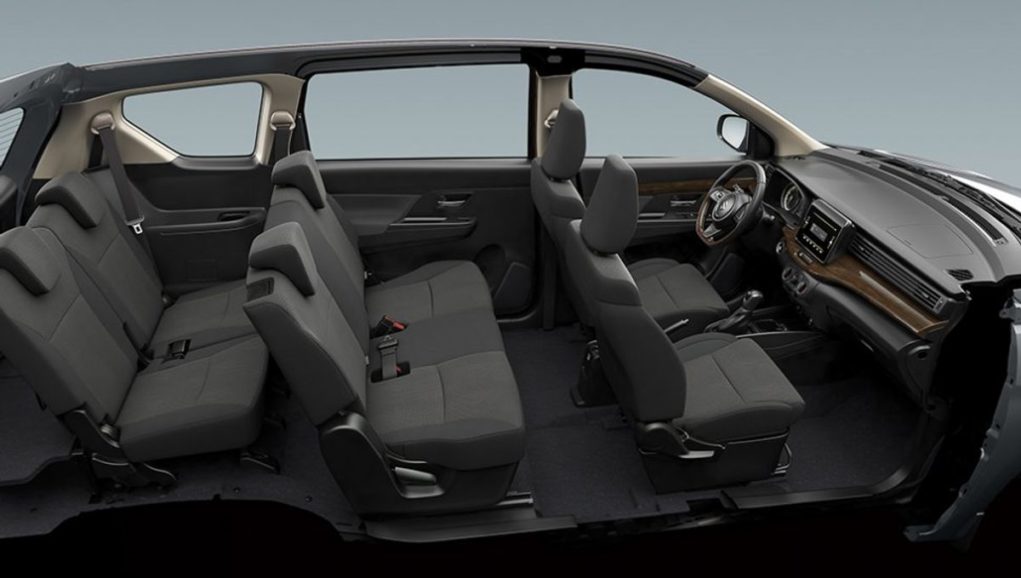 Another highlight of the new model’s cabin will be the captain seats for the second row. Instead of the bench seat that is found in the Ertiga, the XL6 gets 2 captain chairs. It’s due to this arrangement that the new model is a 6-seater and not a 7-seater like the Ertiga.
New Front Design

It’s not just the plastic cladding or the skid plates that set the Maruti XL6 apart from the Ertiga MPV. A major role in giving the XL6 a distinct identity is played by the new model’s front-end, which looks nothing like that of the Ertiga. 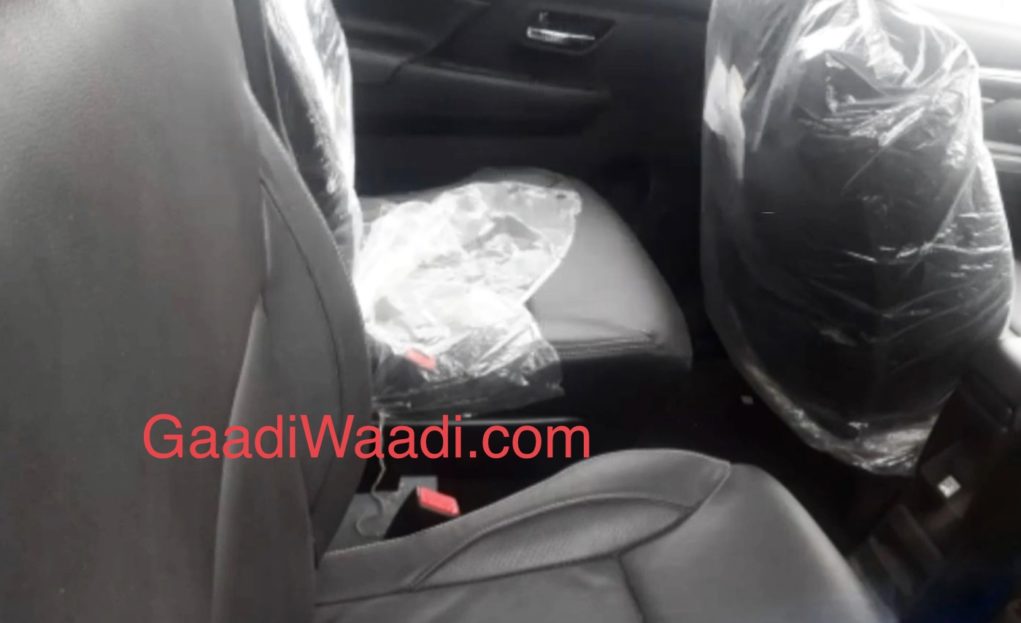 It features a sportier bumper that is flanked by a faux skid plate, sharper headlights, and a bolder grille. All of these elements come together to give the car’s nose a unique look that sets it apart from the Ertiga.

As we said, the Maruti XL6 gets a sharper pair of headlamps that play a key role in making the front-end look more aggressive than those of the Ertiga. The new lights look much sharper than those of the donor model and have a wedge-like profile. The headlamps carry LED lighting fixtures that should provide really bright illumination. 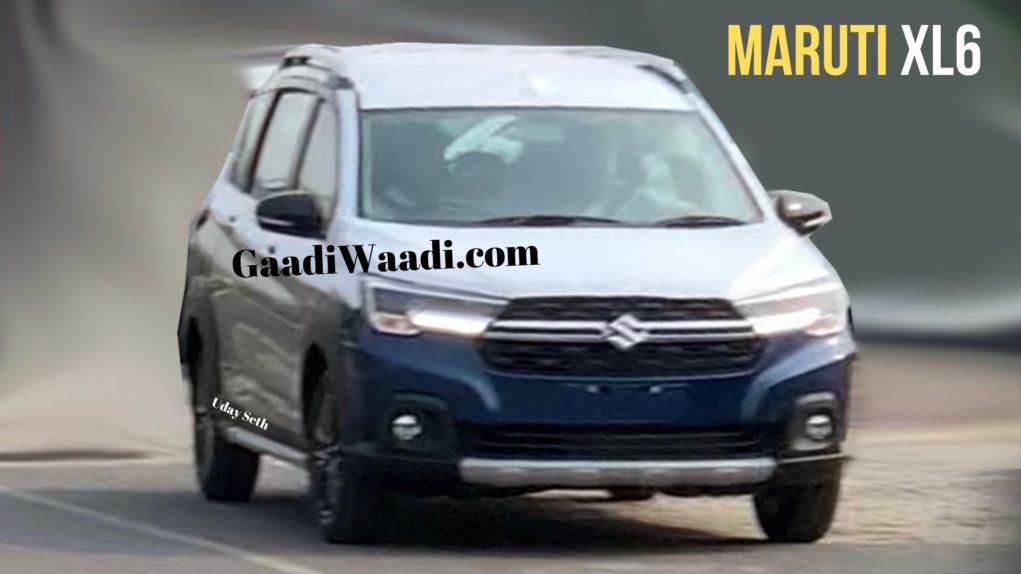 While the second-generation Maruti Ertiga came with several features that were not available on the first-gen model, a glaring omission from the car’s features list was the LED DRLs. Daytime Running Lights are fast becoming a common feature of cars from most of the segments and should have been provided even on the latest Ertiga. Thankfully, Maruti has offered them on the XL6, which is in line with the company’s plant to promote the upcoming model as a premium offering.

Like the front unit, even the rear bumper carries a faux skid plate for a touch of sportiness. The new rear bumper complements the front one and gels up well with the sporty plastic cladding of the vehicle. 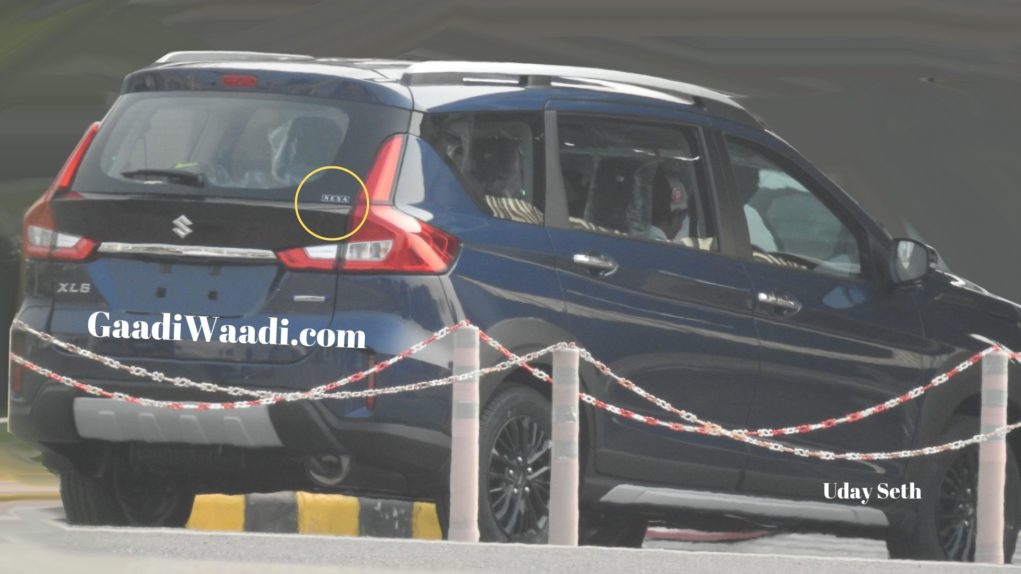 The same won’t be the case with the Maruti XL6, which is bound to be sold through the Nexa chain of premium dealerships. The Nexa outlets have been responsible for selling the Ignis, Baleno, Ciaz and S-Cross.