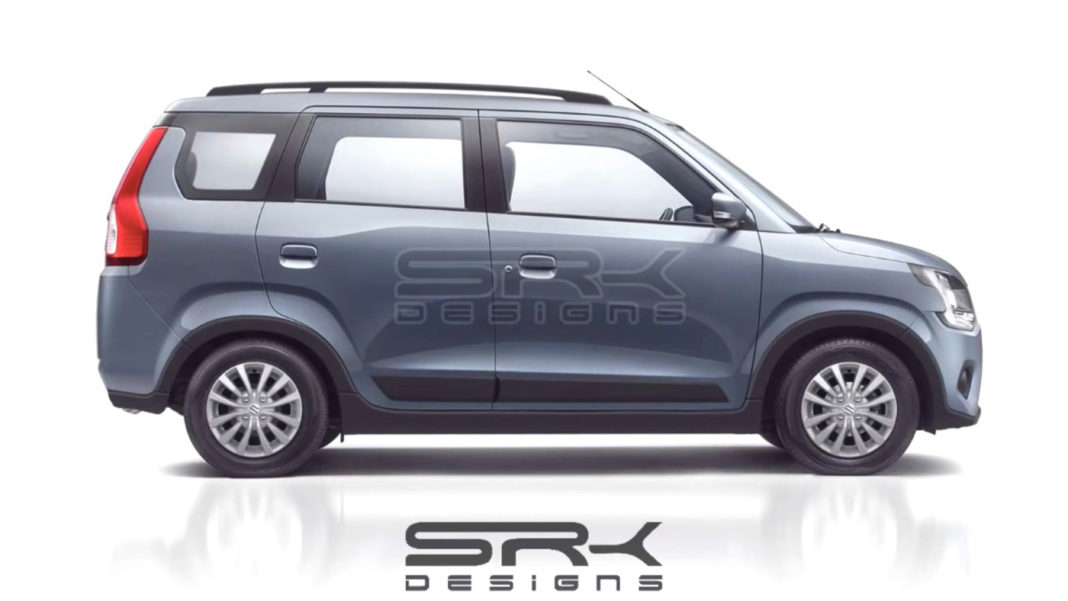 Based on the third-generation of the popular tallboy, the Maruti Wagon R 7-seater MPV can become a potent rival of the Renault Triber and Datsun Go+ compact MPVs

In its third generation now, the Maruti Wagon R has been a success like none other. The most popular tallboy in the country has been a regular feature on the list of top-selling cars in the country. It has found a pretty high favour from the car buyers due to its spacious and practical cabin, powerful yet fuel-efficient engine options and modern looks.

Also, there have been several rumours of Maruti Suzuki been busy with working on a 7-seater version of its tallboy. While the launch details of the Maruti Wagon R 7-seater MPV are scarce at the moment, a digital rendering of the speculated model shows us what the new model could look like.

The decent response to the recently launched Renault Triber goes on to show a market of an upmarket low-cost MPV that can be slotted close to models like the Swift and the Ignis. Also, given the huge demand for MPVs in Indonesia, the country’s largest-selling carmaker could be motivated to develop the Maruti Wagon R 7-seater model for the export market.

As can be seen in the rendering, the Maruti Wagon R 7-seater model would have a bigger rear overhang to accommodate a third row of seats. However, it may be noted here that the wheelbase will remain untouched and the last row of seats will be good only for child occupancy

While the Maruti Wagon R 7-seater version might actually see the light of the day some time next year, the company is currently working on an updated version of the Wagon R that will be sold through the Nexa premium retail chain. Expected to be called XL5, the new model could have several crossover-inspired elements.

Moreover, the Maruti XL5 will be available only with a 1.2-litre petrol engine option along with 5-speed manual and 4-speed automatic transmission choices. Also, its interior should look more premium than that of the regular version and could even offer a few extra features like push-button start stop.