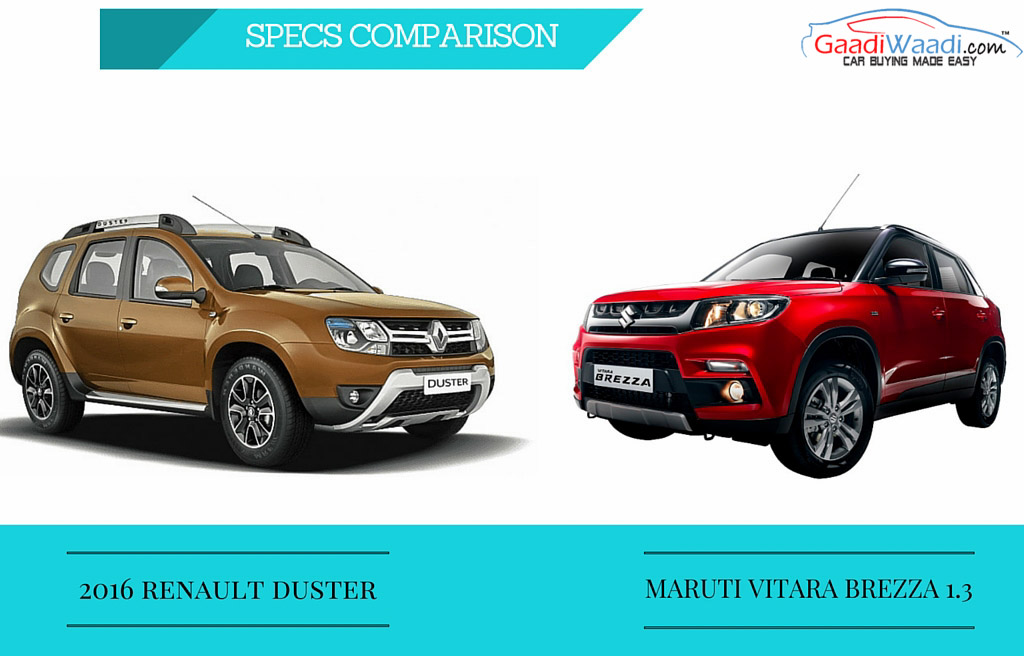 Maruti Suzuki Vitara Brezza displayed at the Auto Expo 2016 clearly depicted the next big product and its intentions from the largest car maker in the country. It has been launched today in Mumbai with prices starting from Rs. 6.99 lakh and Rs. 9.68 lakh for the top-end model. In a series of comparisons with its biggest challengers, we are pitting the new sub-compact SUV against the oldest dog in the yard right now.

The Renault Duster sparked the crossover based medium-sized SUV segment when it was introduced in India at the 2012 Delhi Auto Expo. It was the model responsible for the French car company’s nearly 30 awards since it commenced its operations for the Indian market. However, as the SUV ran without any updates, its popularity had dwindled in recent years and to offset that Renault launched the facelifted model carrying loads of potential up its sleeves a few days ago. This will make for a really close battle as either of the companies banking high on their SUV in terms of volume sales. Here’s how both of them would compare: 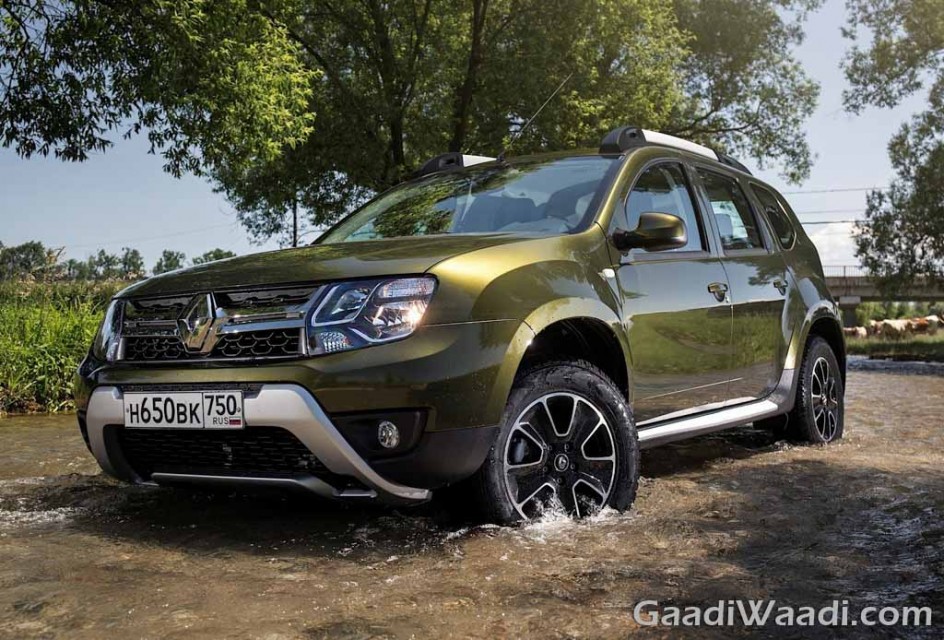 The front fascia of the facelifted Renault Duster brings a new outlook to the SUV that’s been running in the country for few years now. The new Duster has been adorned with fresh grille, reworked headlamps, newly designed air intake, new front and rear scuff plates, flared wheel arches, revised tail lamp cluster and new gunmetal finished 16-inch alloy wheels. The French manufacturer manages to retain the overall catchy appearance despite the revisions everywhere to get the SUV up to current design standards. 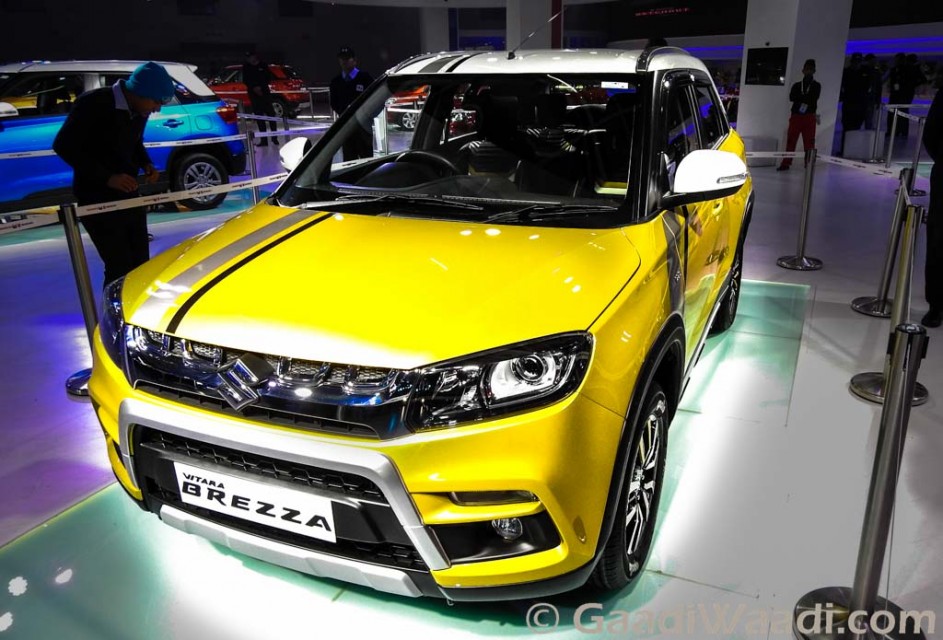 The Maruti Suzuki Vitara Brezza is the first vehicle in the country to comply with offset and side impact crash tests that are due to come into effect next term. The sub-compact SUV bears a strong Suzuki TECT hi-tensile steel body structure. At the rear, it has windscreen wiper and washer and a neatly aligned tail lamp cluster.

The Renault Duster Facelift features more than 30 styling and mechanical modifications. Debuting at the Auto Expo 2016 in early February, the features list has received plenty of add-ons to cope with the increasing competition in the SUV segment. Inside the cabin, the centre console has been updated with new upholstery and colour theme, rear-view camera display with reverse guide lines, upgraded Air Conditioning system, new power windows with anti-pinch function, seven-inch MEDIANAV touchscreen infotainment system with navigation, voice recognition and Bluetooth connectivity. 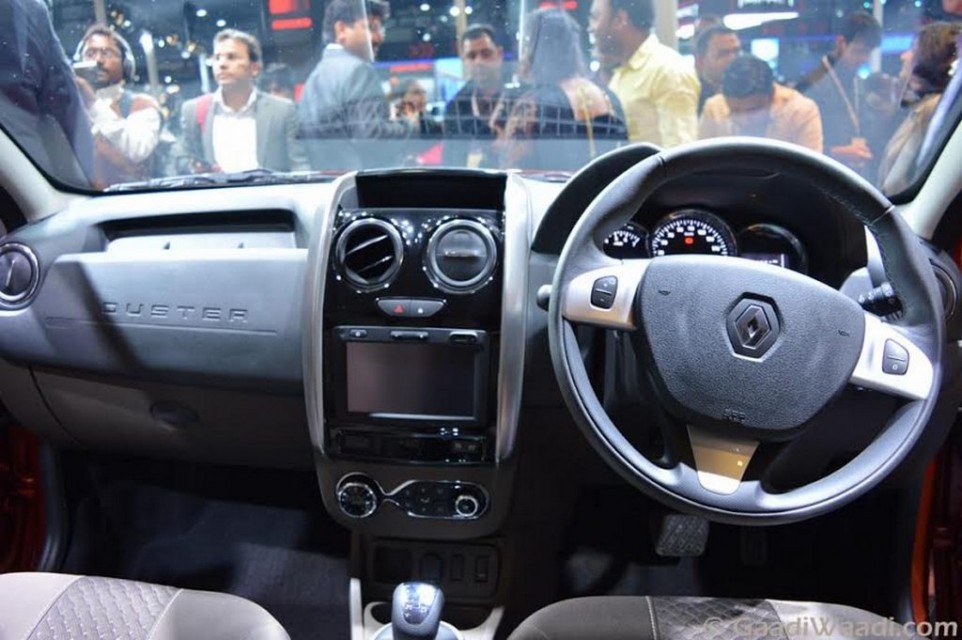 The Maruti Suzuki Vitara Brezza’s interiors resemble to that of the premium Baleno hatchback and several equipment have been carried forward from the top-selling Swift hatchback as well. The dual tone colour scheme brings an upmarket feel and the clever positioning of automatic control system accommodates an extra storage space below. The cabin has good quality upholstery and dashboard materials with the piano-black finished centre console featuring Smartplay infotainment system with Apple CarPlay and other improved functions from Baleno. 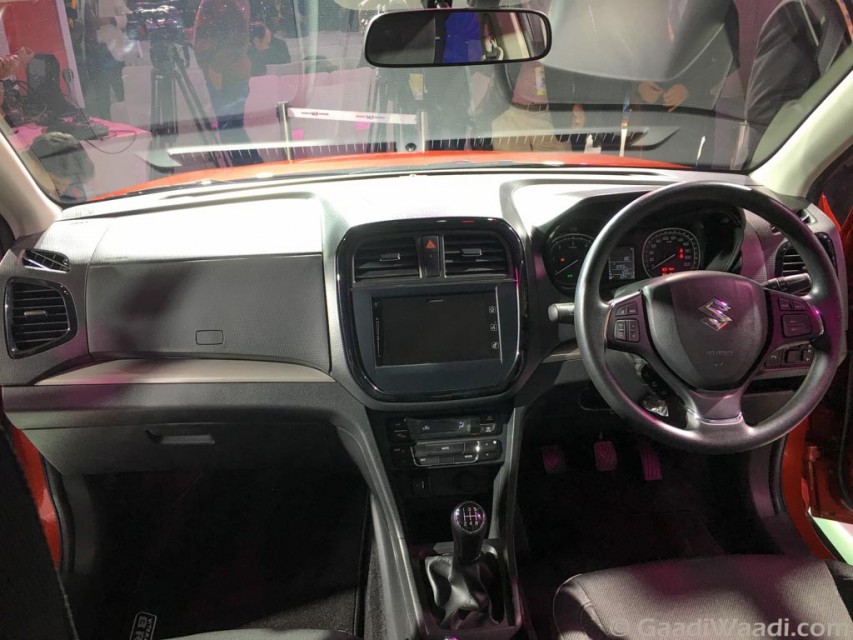 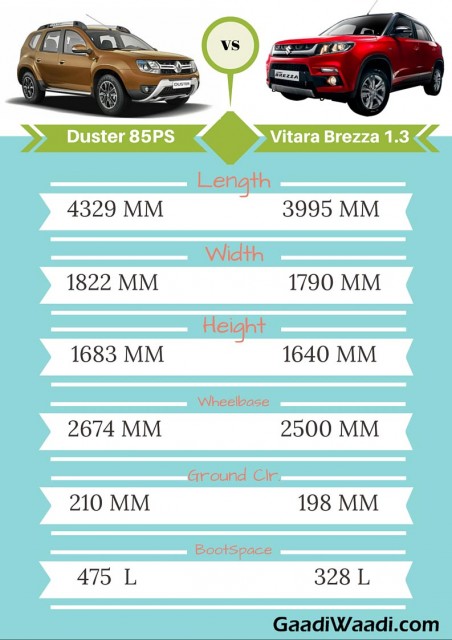 The Maruti Suzuki Vitara Brezza is powered by the 1.3-litre DDiS 200 Multijet diesel engine
that does duties under the hood of Swift, Baleno and S-Cross. It can produce a maximum power of 88.5 bhp at 4,000 rpm and a peak toque of 200 Nm at 2,000 rpm. The engine will be mated with a five-speed manual gearbox and petrol variants with manual or AMT option are expected to come arrive later.

There 2016 Renault Duster has an addition of the six-speed Renault Easy-R AMT (Automated Manual Transmission) as a 110 PS diesel variant. The AMT’s mileage is claimed at 19.6 kmpl – almost as similar to the manual version as the gear rations are identical. 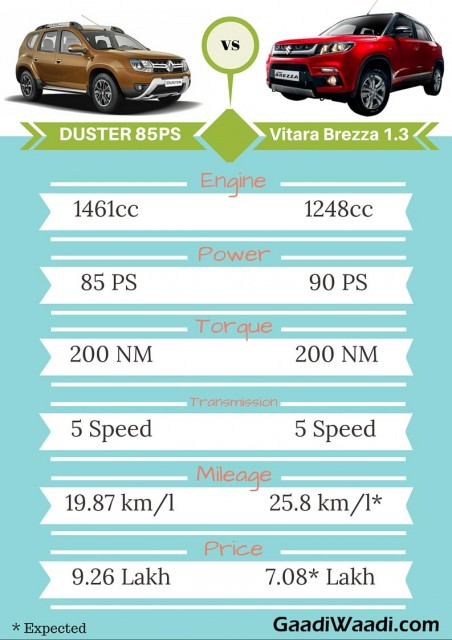 The ARAI claimed petrol mileage is 13.6 kmpl and 19.72 kmpl for the diesel manual variants. The three transmission options available are six-speed manual, five-speed manual and six-speed automatic and they send power to either front wheels or all four wheels. But, the Vitara Brezza boasts a class-leading economy of 24.3 kmpl. 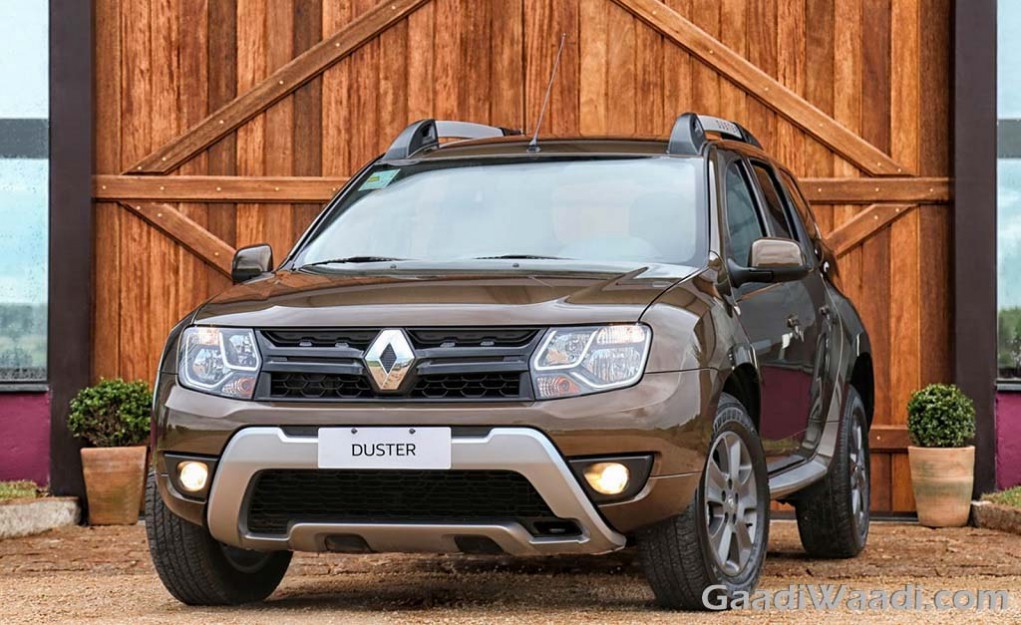 The Vitara Brezza has been launched with prices starting from Rs. 6.99 lakh and Rs. 9.68 lakh for the top-end model. The Renault Duster facelift comes with a starting price of 8.47 lakh and the top-end all-wheel drive diesel is retailed at 13.57 lakh (ex-showroom prices, Delhi). This shows the customers opting for lower variants will see the Vitara as an attractive proposition. 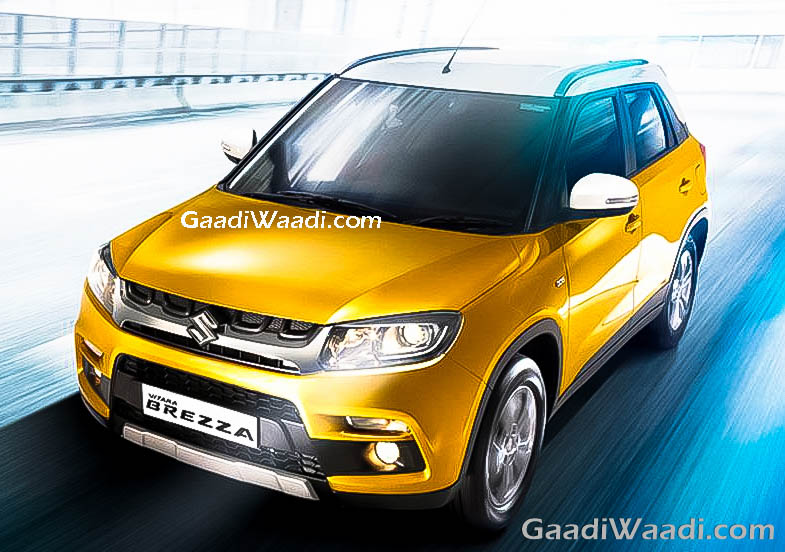 As for the aesthetics, the Renault Duster has a different style of approach as it stretches to more than four metres long. It has a sturdy SUV-ish appeal compared to the Vitara Brezza but the latter could reign supreme if we consider the overall package. Price-wise, the Vitara Brezza will flaunt the upmarket feel as the Duster with slew of equipment and safety features and therefore many buyers will have very little reasons to justify the extra nearly four lacs price tag for the top-end model of the Duster.

However, the people deciding to go with Duster will be content with the additional cabin space, over 20 mm of extra ground clearance, more than 200 litres of trunk capacity and most significantly the six-speed AMT gearbox coupled with the 110 PS diesel motor. The Duster has three engine options and both the diesel mills are powerful than the Vitara’s 90 PS 1.3 DDiS 200 oil-burner. As soon as Maruti Suzuki brings in the petrol manual and optional AMT, it will be more benefitted in enticing the SUV lovers.