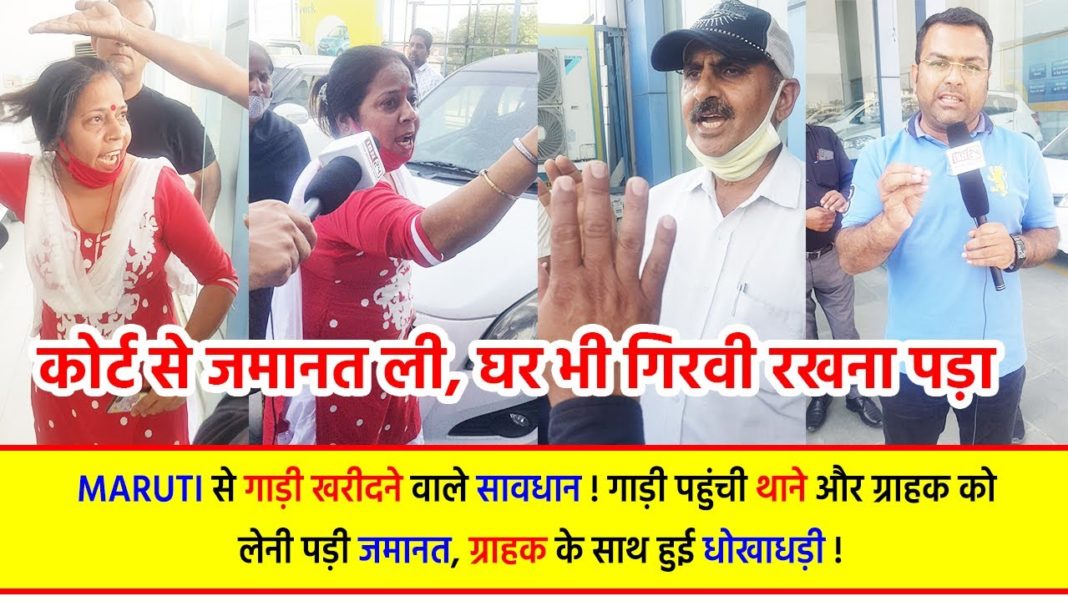 The buyer states that he had bought the car back in November 2017, and in February 2019, police seized it due to a previous outstanding loan

The used car market has been booming in India in the past few years, but sadly, it seems like the cases of swindling have been on the rise too. Here, we have a first-hand account of one such second-hand car buyer, who alleges that the dealer has cheated him. The incident involves Maruti Suzuki True Value dealership in Karnal, Haryana.

For the uninitiated, True Value is Maruti Suzuki’s official used car marketplace. The details of the incident were captured on camera by IBN24. The name of the buyer is stated to be Krishan Lal, who is a resident of Kunjpura, Karnal. He mentions that he had purchased the vehicle on 15th November 2017 for Rs. 5.11 lakh. For the same, the dealership had helped the buyer get a loan of Rs. 2 lakh and got the car transferred in his name.

On 4th February 2019, police came to the buyer’s house and seized the car, due to a previous outstanding loan on it from different bank in its first owner name. The buyer tried to speak to the owner of the dealership, who reportedly misbehaved and refused to help. The buyer then went to court and was able to take the car back.

However, an arrest warrant was later reportedly issued in the buyer’s name, along with the order to seize the vehicle once again. In the video, we can see that the buyer, out on bail, and a few of his family members are at the dealership, in order to speak to the authority. They have stated in the video that even after waiting for hours, that didn’t happen.

A dealership representative does try to explain the situation, which can also be seen in the video. The representative maintains that the mistake wasn’t on the part of the buyer or the dealership. Instead, he can be heard saying that it’s the fault of the local SDM office for clearing the car for resale.

Upon asking if any action was taken against the previous owner or any other steps were taken by the dealership in this matter, the representative maintains his stance that there was no misdeed on their part. The dealer representative also says, multiple times in fact, that all the documents were “proper” when they had checked them.