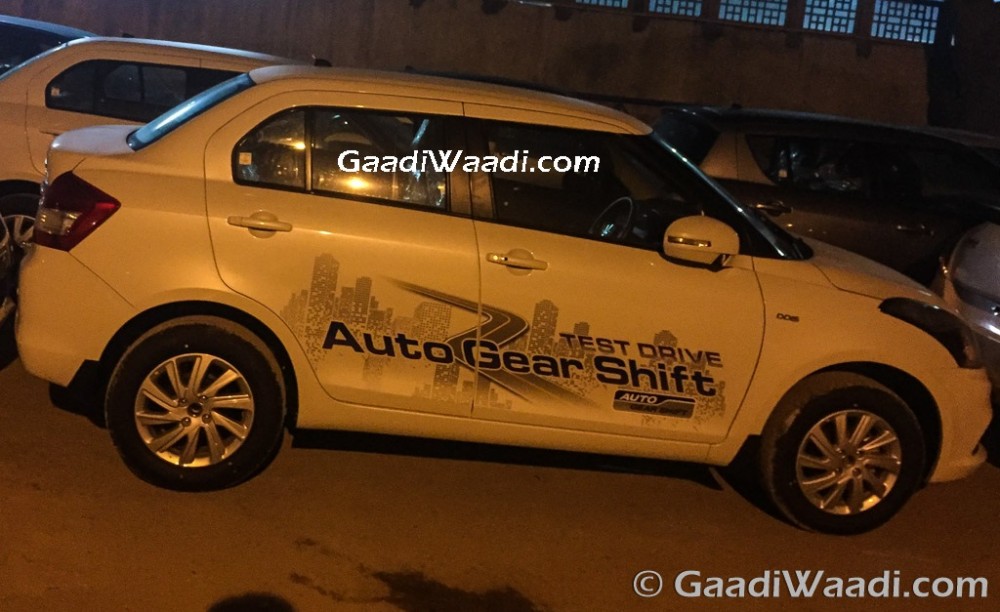 Maruti Swift Dzire AMT (AGS) is only available in top of the line variant ZDi, to rival Zest AMT [Update]

On another exclusive report last month, we revealed that Maruti Suzuki is planning to launch the Swift Dzire AMT (AGS) compact sedan sooner than expected and today, Maruti officially launched the Maruti Swift Dzire AMT (AGS) in India. Only the diesel versions of the country’s best-selling sedan is installed with Maruti’s AGS (Auto Gear Shift) technology and is now available across the Maruti Suzuki Dealers in India.

Deliveries commenced as the largest car maker in India looks composed to take advantage of reaping benefits from employing an affordable automatic gearbox by expanding the technology across its entire model range.

We’re the first to release images of Swift Dzire’s range-topping ZDI model testing with an automatic transmission back in May. It could be featured alongside optional airbags and ABS(Anti-lock Braking System) being provided across all variants. 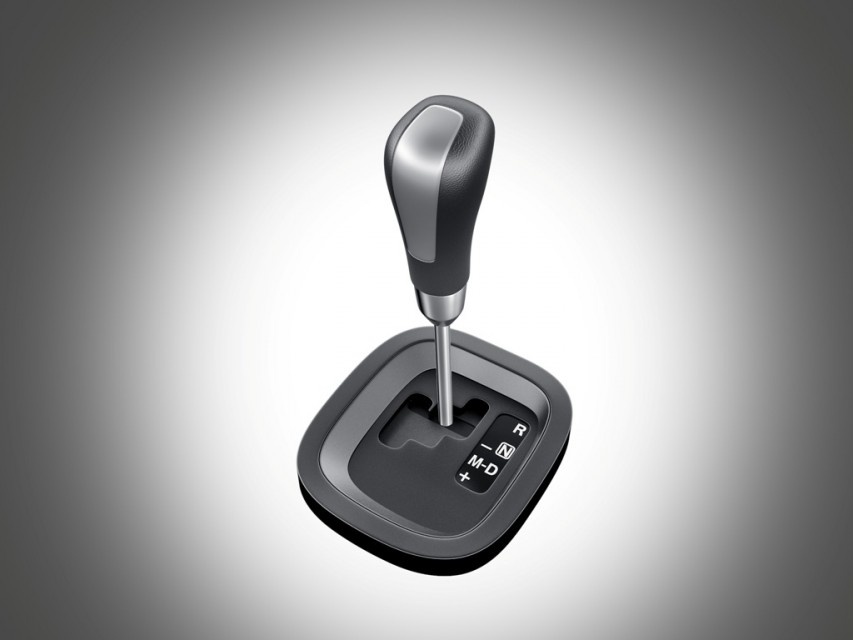 The Indo-Japanese manufacturer first introduced AMT variants on its small hatchbacks, the Celerio and K10. With them accounting for almost quarter of their combined monthly sales and topped off September by retailing 50,000 units, Maruti quickly reacted by offering AMT on WagonR and Stingray with optional airbags and ABS across all variants.

The automatic gearbox on Swift hatchback is also expected sometime next year. The Dzire AMT diesel vehicle will rival against Tata Zest automatic in the Indian market. Here’s everything you need to know about the automatic Dzire sedan:

The Maruti Suzuki Swift Dzire AMT is already in production and launch is likely by January 2016, Maruti already begun the dispatch of the Dzire Auto Gear Shift. [Update]

As we earlier expected that around Rs. 50,000 premium for the AMT-equipped variants will be charged by Maruti Suzuki, the only top of the line Dzire ZDi is available in AMT and is priced at Rs.8.39 Lakhs.

The Swift Dzire diesel automatic returns fuel efficiency of 26.59 kmpl, same as the manual transmission and is as frugal as its manual counterpart. 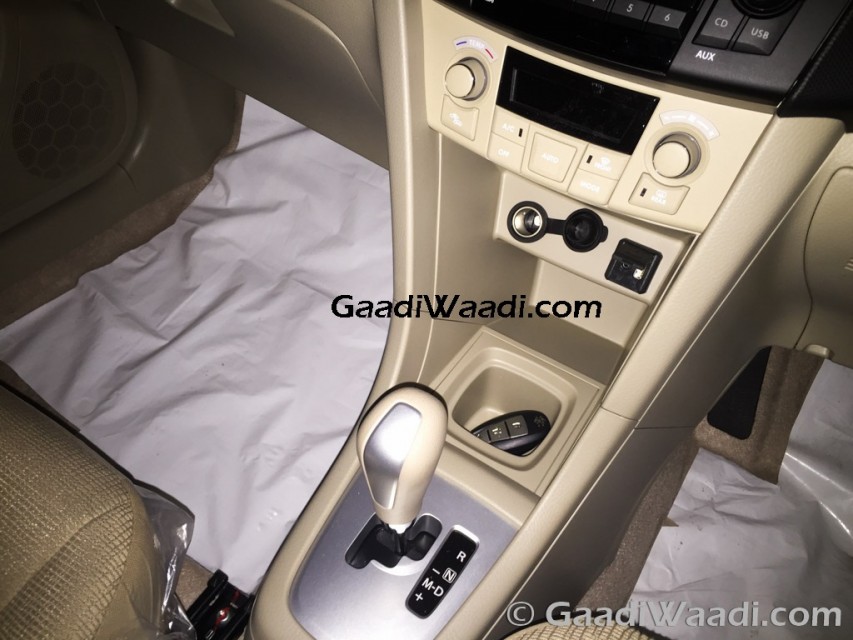 The powertrain for the Swift Dzire AGS is set to stay similar to the standard model. It will be powered by the 1.3-litre Multijet four-valve DOHC turbo diesel engine that generates 74bhp of maximum power at 4000rpm and 190Nm of peak torque at 2,000rpm.

This engine will be coupled with the Magneti Marelli-sourced AMT (automated manual transmission) gearbox in place of the five-speed manual gearbox.

The Automated Manual Transmission will be the only addition to the existing Swift Dzire as cosmetic changes are more likely not to be made since the best-selling entry-level compact sedan received styling updates earlier this year.

New bumper design and alloy wheels, headlamps with a black tinge and fog lamps bezel with chrome accents were the recent exterior updates with minor revisions to the interiors. 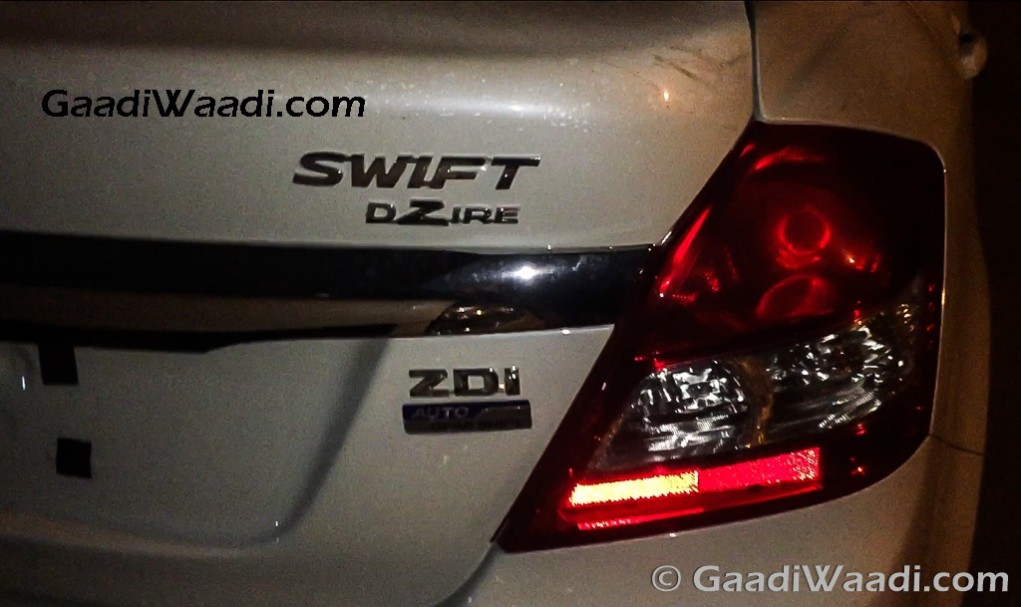 Dimensionally no changes will be made as the Swift Dzire diesel AMT will measure about 3,995mm in length, 1,695mm in width, 1,555mm in height, 2,430mm in wheelbase. The bootspace capacity will remain as 320litres and fuel capacity at 42litres. 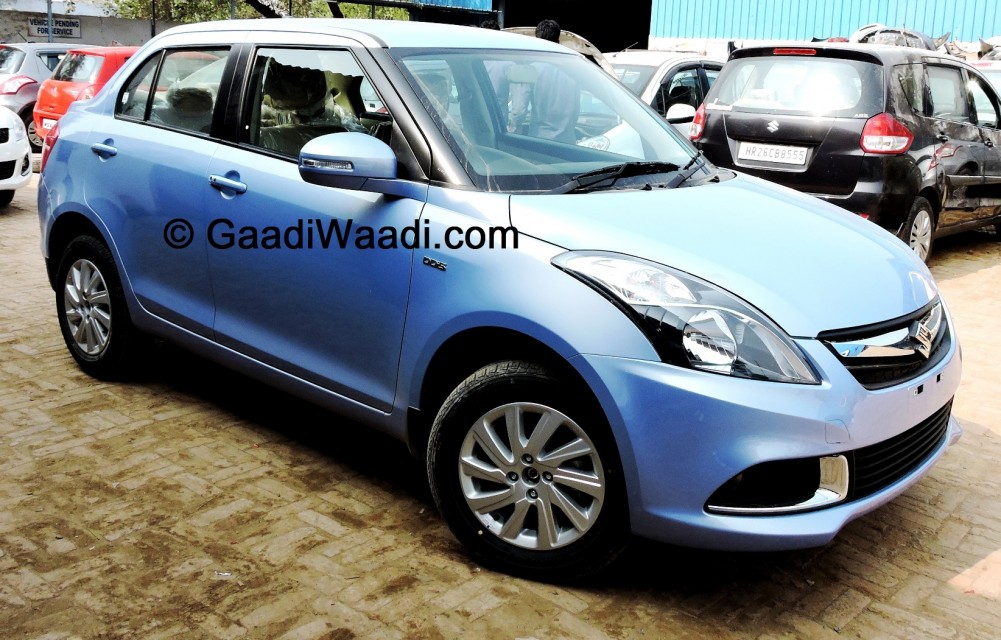 No modifications are from the current offering as the features list comprises ABS, EBD, Engine Immobilizer, Remote Central Locking, Keyless Start/Button Start, Turn Indicators on ORVMs and rear defogger among others.

It will rival against the likes of the cheapest diesel automatic sedan in India, the Tata Zest AMT.