Maruti Suzuki India Limited (MSIL) has been testing a brand new compact crossover for the domestic market and it has been spotted numerous times over the last few months. Internally codenamed YTB, the test mule has been caught on camera again wearing what looks like its production body as the YTB has certainly evolved all over.

The latest spy picture of the Maruti Suzuki YTB shows the rear end with wraparound tail lamps, an integrated spoiler, number plate holder on the single-piece tailgate, a shark fin antenna and a prominent bumper. You could also note the raked front windshield, a sloping roofline giving a coupe-like silhouette and alloy wheels similar to the Baleno.

The five-seater YTB is expected to be based on the lightweight Heartect platform and it will likely be positioned above the Baleno premium hatchback. As for the performance, a 1.0-litre three-cylinder turbocharged BoosterJet petrol engine previously found in the Baleno RS could be utilised and it could develop around 100 PS power. 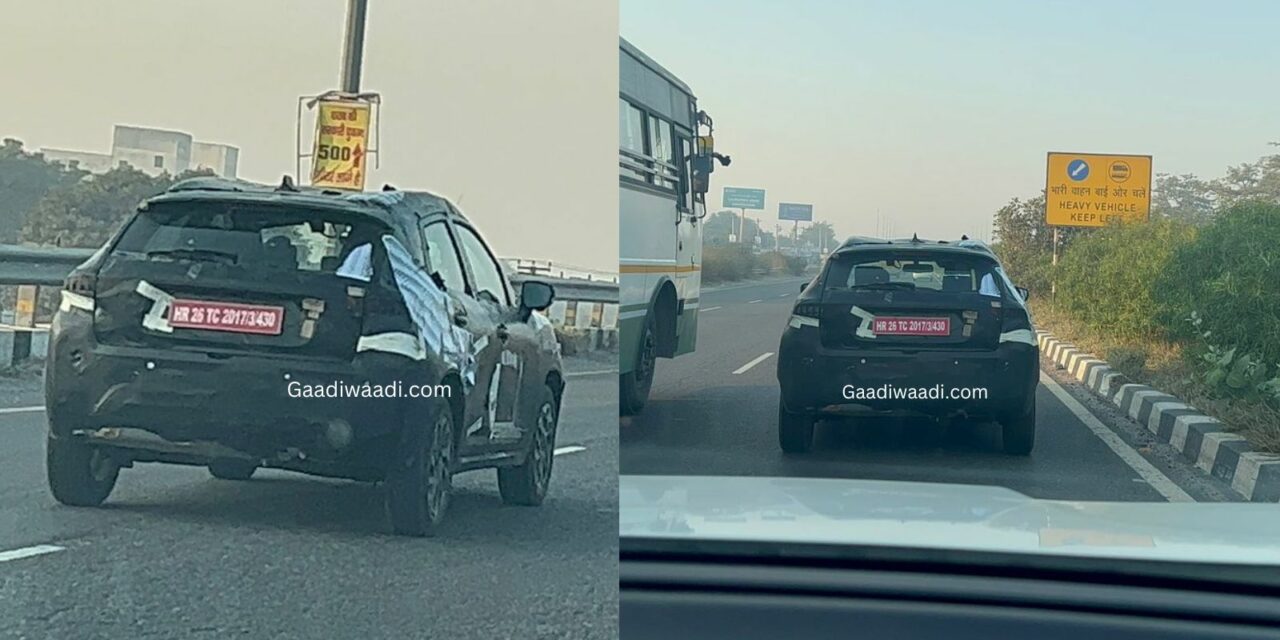 It could also be equipped with a 360-degree camera system, a heads-up display, multiple airbags and adjustable headrests. The Maruti Suzuki YTB is believed to make its global debut at the 2023 Auto Expo in January in Greater Noida. It will go on sale in the months following its showcase and it could be retailed exclusively through the Nexa chain of premium dealerships.

The front end of the YTB will draw plenty of inspiration from the recently launched Grand Vitara midsize SUV. It is yet unknown whether the compact crossover will be available with a 1.2-litre petrol or a 1.5-litre petrol engine to have an expansive range. A five-speed manual and an automatic transmission could be offered.