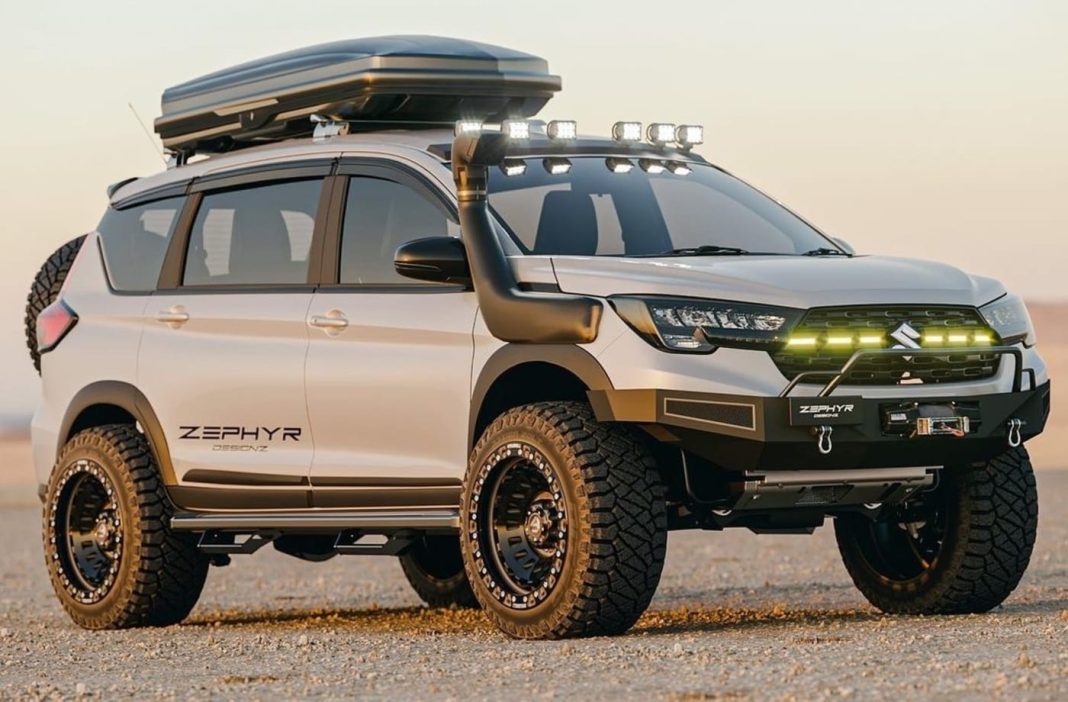 In April this year, Maruti Suzuki launched the updated 2022 XL6 in India. The new model features minor changes in styling, and it gets some additional equipment. The MPV gets the same crossover-inspired design as the previous model, and it looks extremely handsome. However, a few digital artists believe that it could look even better if it were a hardcore off-road vehicle.

Here, we have a Maruti XL6, designed by Zephyr Designz, which gets an extensive digital makeover. The vehicle has been transformed virtually into a hardcore off-road machine, and it looks absolutely brilliant. The front end of the MPV now features an offroad-spec bumper with an integrated winch and tow hooks, with a bash plate underneath.

A set of yellow-tinted LED lights has been added to the front grille, and another set of auxiliary LED lights above the front windscreen. A snorkel has been added as well, which would help when wading in deep water. The stock wheels have been replaced by custom deep-dish alloys, shod with off-road tyres, and the suspension seems to be raised as well.

At the sides, we also see visors on all windows and even on the rear quarter glass. A tiny bit of extra cladding has been added on the doors, and a pair of custom side steps/rock-sliders have been also been installed here as well. We also see ‘Zephyr Designz’ vinyl on the rear doors.

The rear section of this digitally modified MPV gets a custom holder for the spare wheel and for the number plate on the tailgate. The taillights do not get clear lenses though. A roof-mounted spoiler has also been added here, and the stock roof rails have been replaced by a roof carrier, with a sleek-looking top box mounted over it. 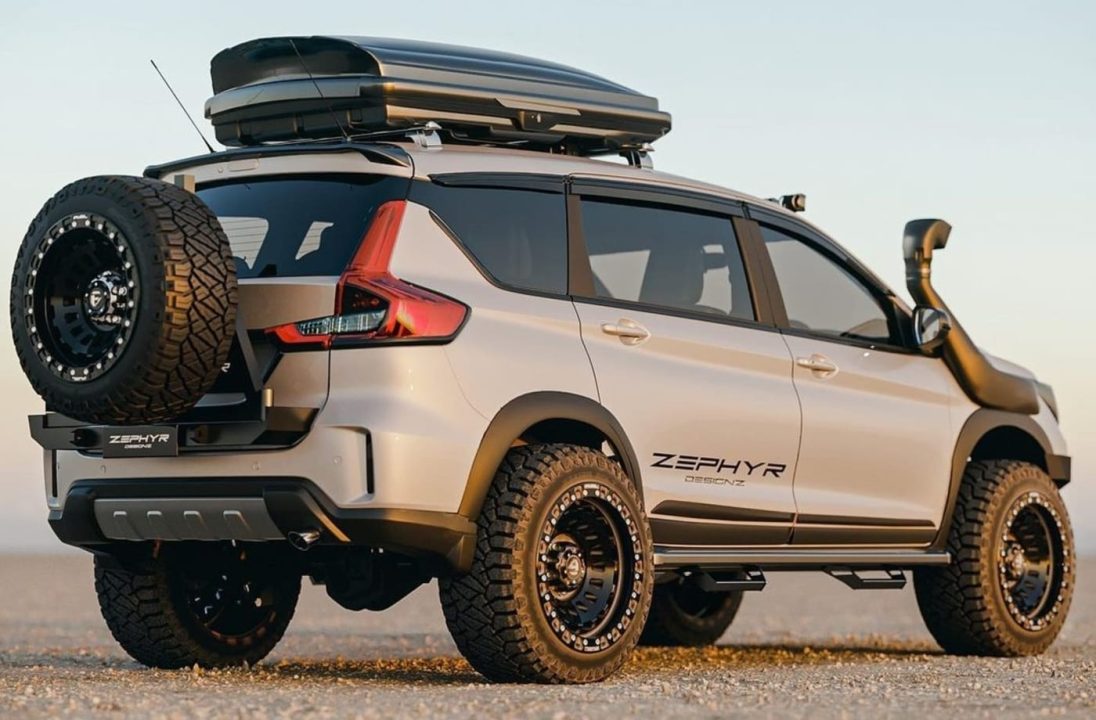 In its latest iteration, Maruti XL6 is powered by a 1.5-litre petrol engine, capable of belting out 103 PS of peak power and 136.8 Nm of maximum torque. It is available with a choice between a 5-speed manual gearbox and a 6-speed torque-converter automatic transmission. If a similar vehicle were to be built in real life, then we suggest having a more powerful engine.