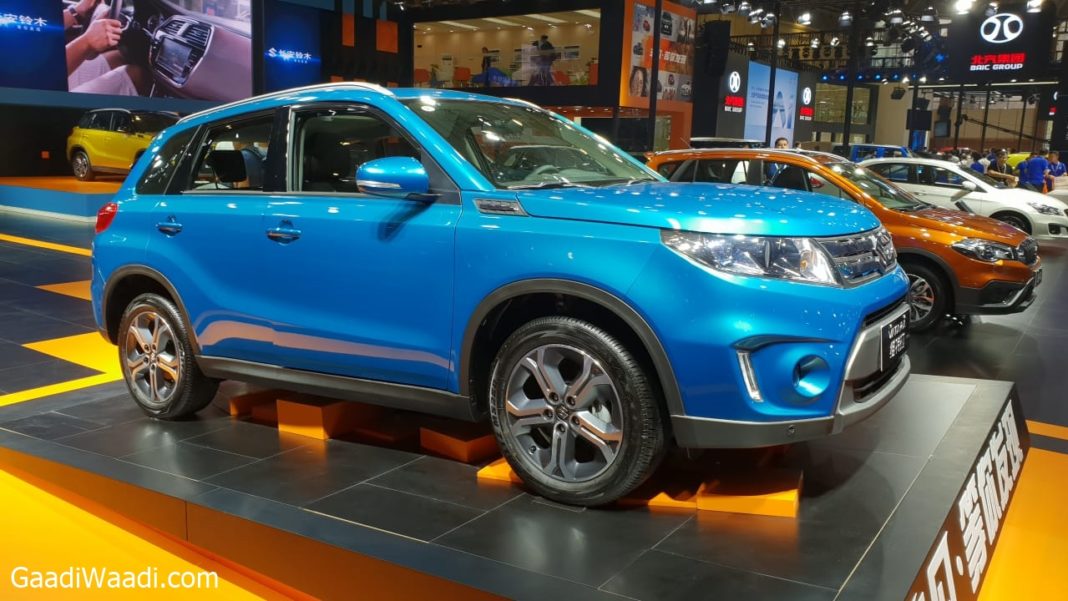 At the 21st edition of ongoing Chengdu Motor Show, Suzuki took to the stage to unveil the latest version of the Vitara SUV for the Chinese market. The compact SUV has received updates to the exterior along with the addition of new safety features. The front grille is thoroughly refreshed with a new lower section redesigned bumper.

The tail lamps are integrated with revised LED graphics for improved sporty appeal while the reversing lamp has been repositioned. Stepping inside the cabin, the new Suzuki Vitara boasts a restyled instrument cluster with an updated touchscreen infotainment system and new soft-touch premium material among other subtle changes.

In place of the unit that developed 115 horsepower comes two turbo powertrains with 1.0-litre and 1.4-litre displacement capacities. The former produces 110 hp and the latter makes as much as 140 hp. Maruti Suzuki has been numb about the Vitara’s arrival into India, but it is expected to launch towards the end of 2019 or in 2020. 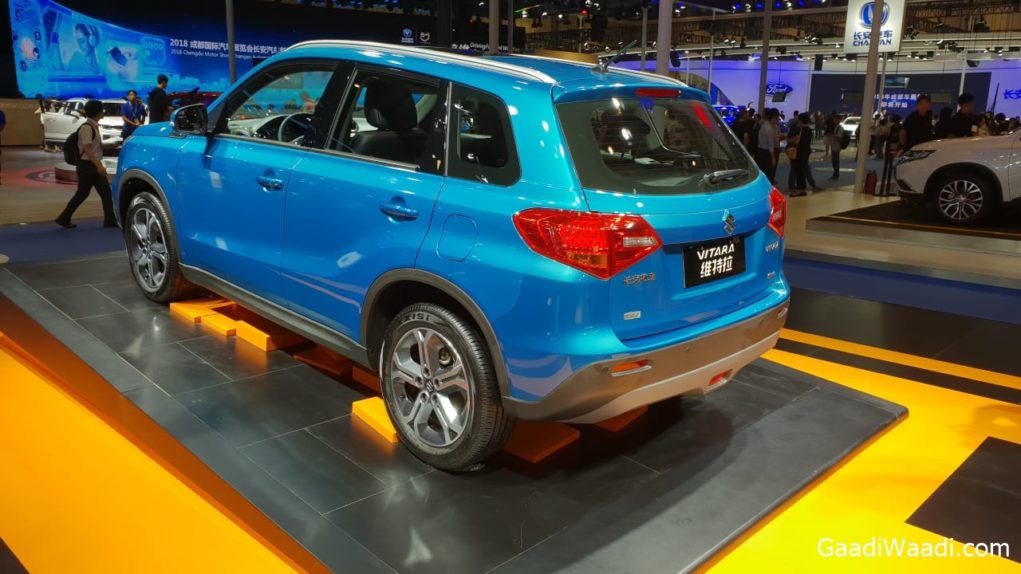 The Indo-Japanese brand does not have a direct competitor for Hyundai Creta or a SUV in the segment above it. The Vitara could fulfill the existing gap by being positioned above the best-selling smaller sibling, the Vitara Brezza. It may use the same powertrain as the facelifted Ciaz as the 1.5-litre petrol SHVS and a new turbo diesel could be used.

Maruti Suzuki has tasted tremendous success with the Vitara Brezza and its bigger sibling could replicate a similar achievement when it goes on sale. It may as well have a price range to attract customers opting for entry-level Jeep Compass and long-mooted Honda HR-V as well.