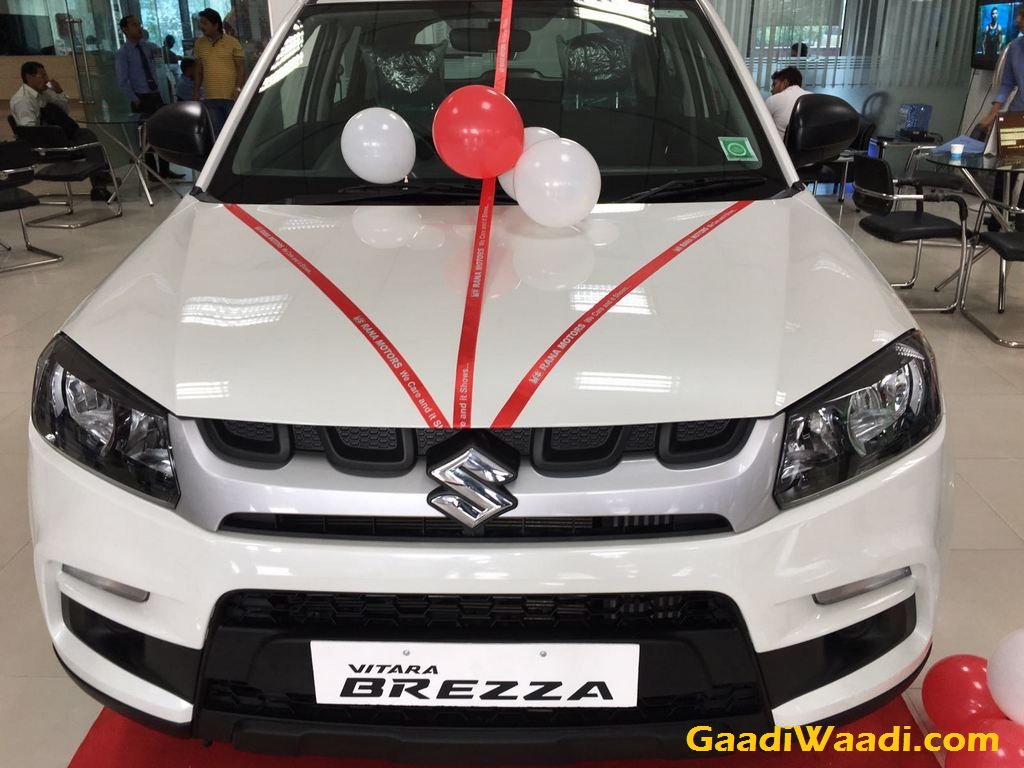 The Maruti Suzuki Vitara Brezza was launched in LDi, LDi (O), VDi, VDi (O), ZDi and ZDi+ variants with the base price of Rs. 6.99 lakh and Rs. 9.68 lakh for the top-level trim. The only engine and transmission option available across all variants are the proven 1.3-litre DDiS diesel motor capable of producing 90 PS and 200 Nm of torque and comes linked with a five-speed manual gearbox.

The base LDi model is priced aggressively against its main competitors the Mahindra TUV300 and the Ford EcoSport. In the wak of Vitara’s arrival, Ford has been forced to reduce the prices of EcoSport up to Rs. 1,12,000. With over 5,000 bookings registered in the space of just two days, Vitara Brezza is the current hot-rod of the Indian auto industry. 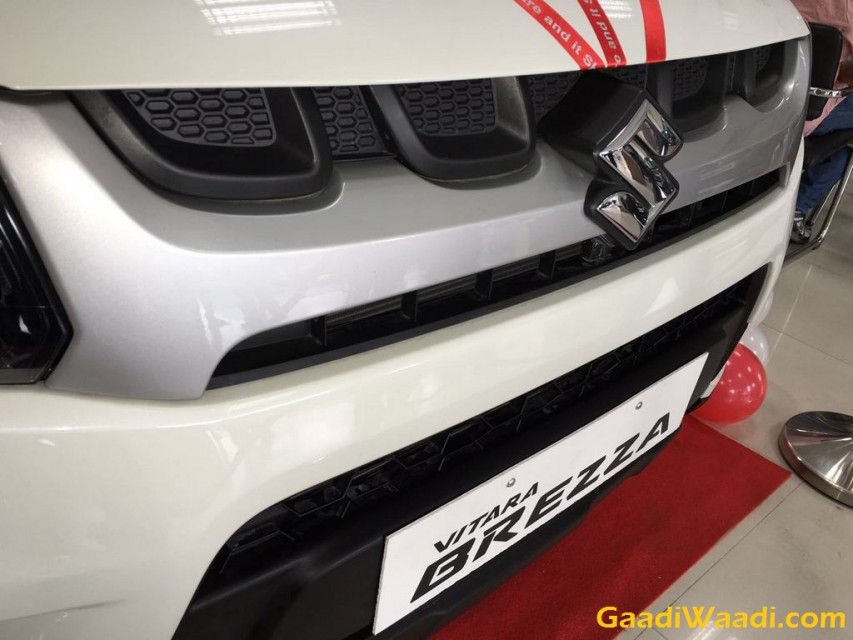 Here on our detailed explanation, let’s see what the base LDi variant features inside and out:

The base model can be clearly distinguished from the rest of the trims while it manages to retain the premium appeal. Up front, you can see where the changes are made to keep the costs down as the big horizontal grille holding Suzuki emblem won’t be finished in chrome,  it has dual chamber halogen headlights while top of the line variant comes with projector headlamps. 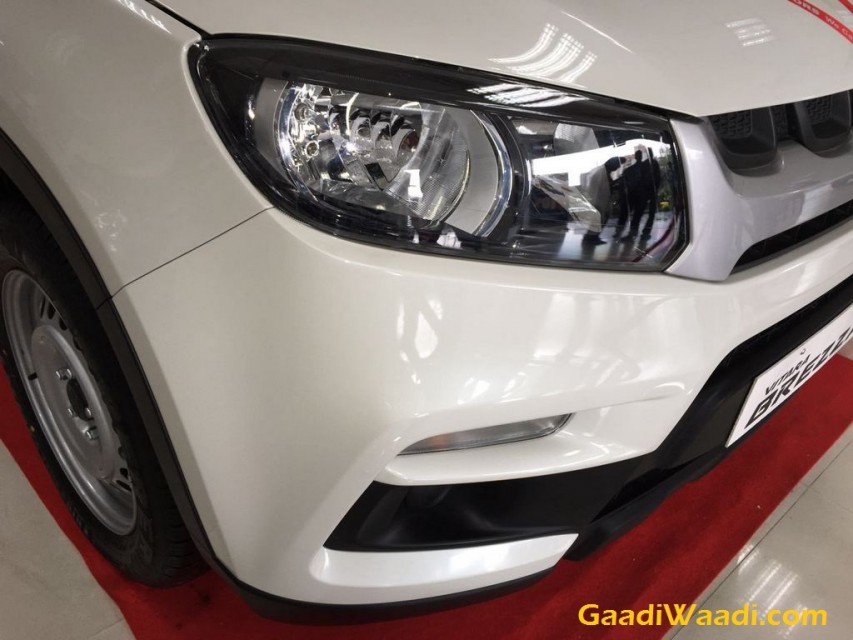 The upper part of the grille has four U shaped elements with a wide bonnet, black underbody protection, large radiator and neatly finished bumper wrapping a sharper front end. The side profile is rather dimished in values with only the black door handles and black body cladding stretching from the fenders to cover the rear bumper.

The slanting roof doesn’t bear floating appearance as in the other variants and the A, B and C pillars are not blackened while the subcompact SUV sits on 15-inch steel wheels. 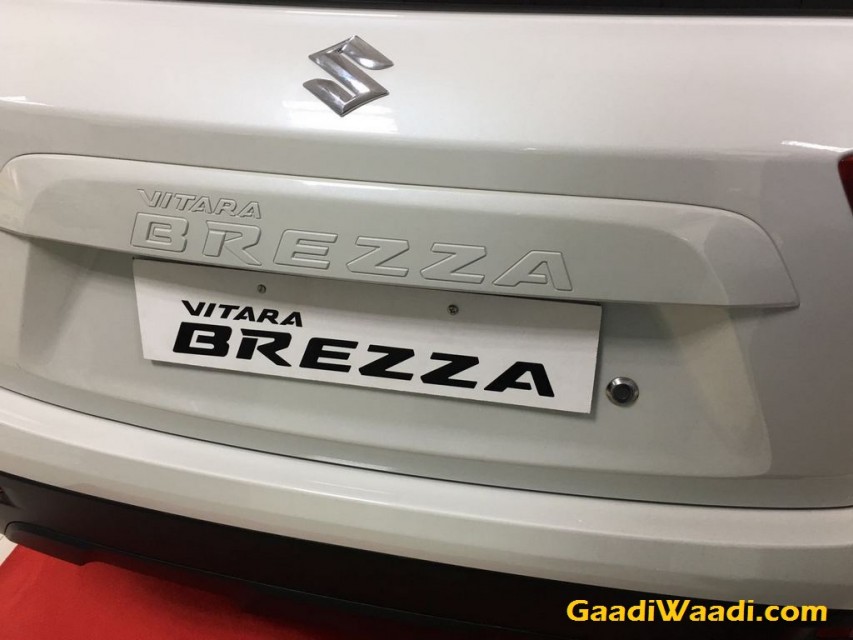 On the inside, the Vitara Brezza adapts the equipment and controls from the Baleno premium hatchback. The driver airbag is made as standard across all variants and the traditional three spoke steering wheel is devoid of any mounted controls. The instrument cluster comprises of two analogue metres, as ever, one for the speed and other for RPM with a multi-info display wedged in the middle.

The steering can be tilted and the day/night rear-view mirror is manual with manual AC, pollen filter, split RCL, illumination control, driver footrest and engine immobiliser are other features. 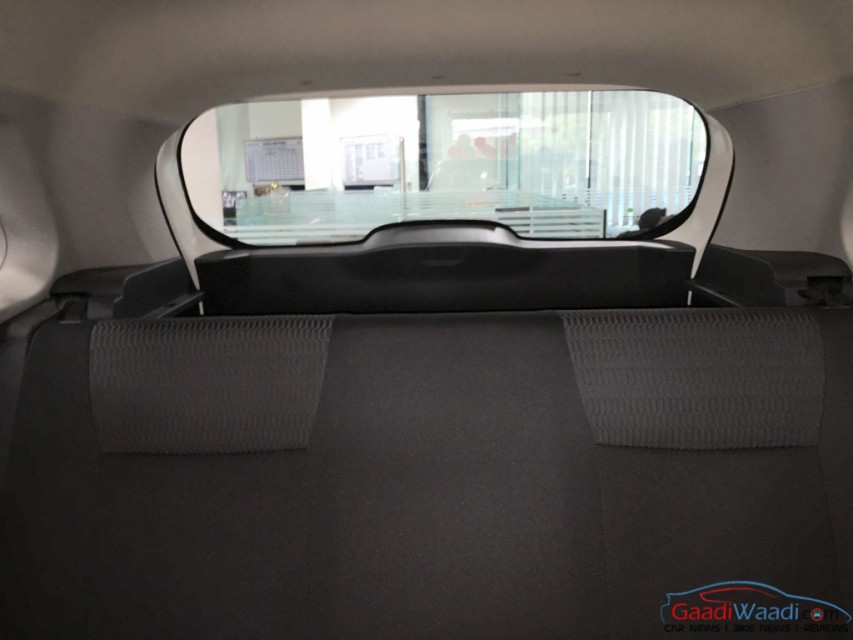 The rear seats doesn’t come with headrests in the LDi variant and it could be woeful on long drives with repeated snapping of neck.