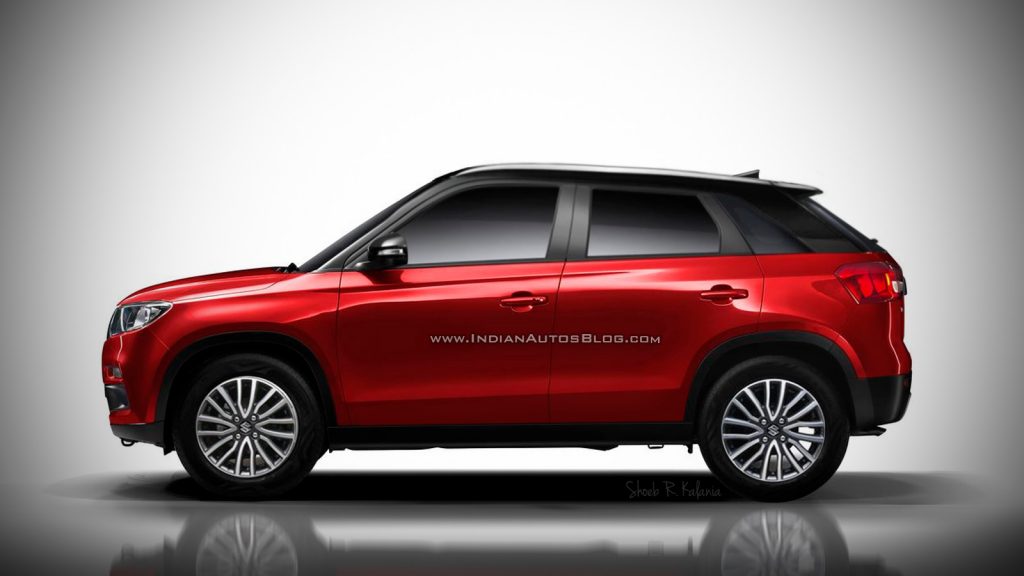 Vitara Brezza is one of the bestselling vehicles from Maruti Suzuki and it is currently the leader in the compact SUV segment. The car received immense positive response and fetched record breaking sales number since it has been launched last year. Now, IAB has published a rendering of the vehicle imagining it as a coupe crossover and it looks very practical and stylish. 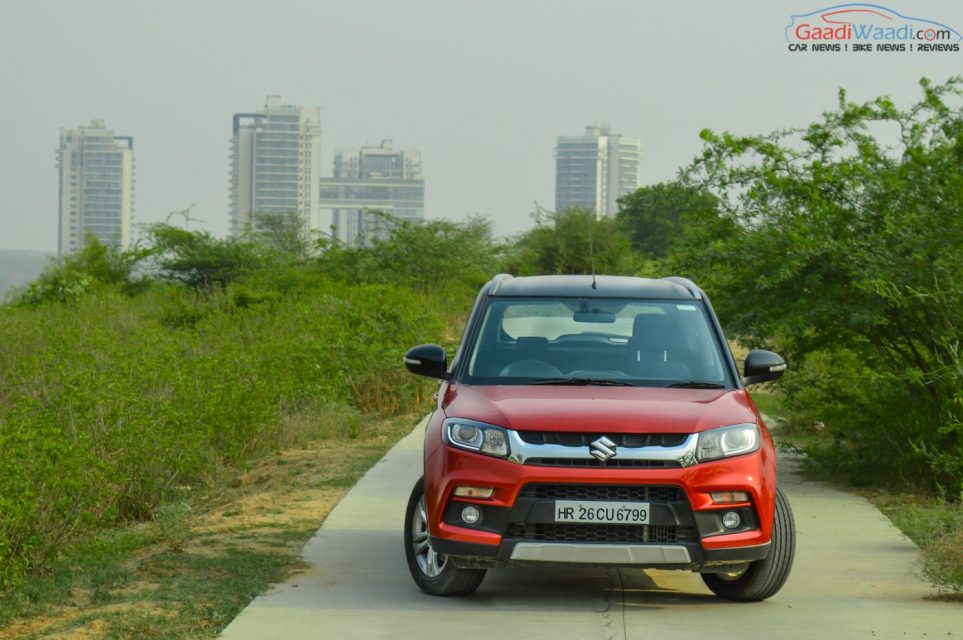 In terms of design, the rendered car doesn’t look much different compared to the regular Vitara Brezza. It appears with similar front fascia like the standard compact SUV with the teeth like design at the front grille along with a thick horizontal chrome bar, sharp headlamps with projector lamps and integrated LED bullhorn pattern daytime running light. The front bumper too looks pretty muscular. At the side profile, the car gets larger wheel rims inspired by the new generation Maruti Suzuki Dzire compact sedan.

Also, the dual tone paint scheme that makes the Vitara Brezza very appealing is also intact. The rear profile also comes with compact wraparound LED taillight and there is a roof spoiler in the rendered image, which enhances the sporty appeal of the imagined Vitara Brezza coupe crossover. Interestingly, Vitara Brezza’s overwhelming success in the Indian market could pave the way for more new niche models based on the car and this could be an interesting one among them. 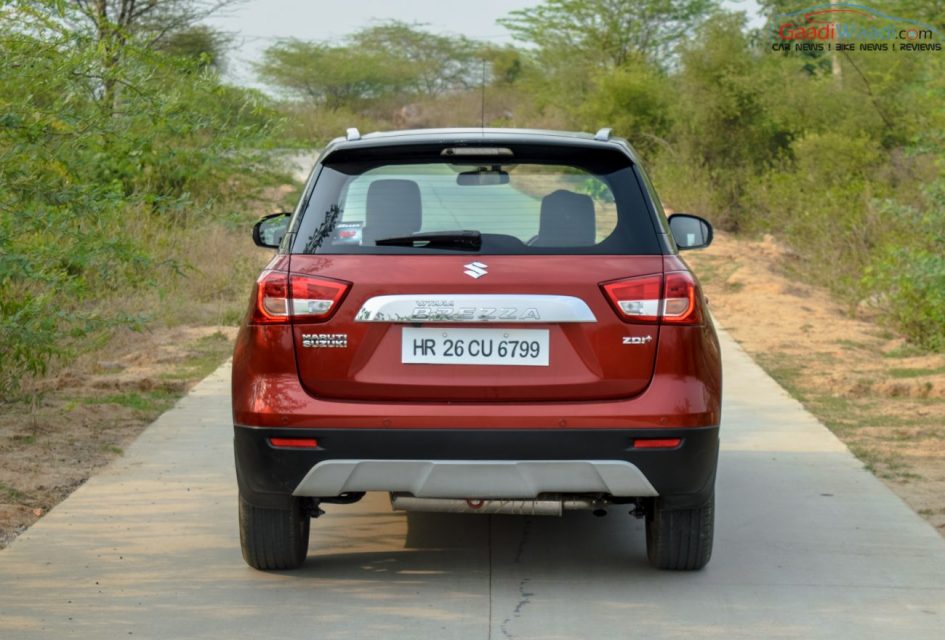 The Maruti Suzuki Vitara Brezza comes powered by a 1.3-litre DDiS 200 diesel engine that is paired with a 5-speed manual gearbox and capable of churning out 89 bhp of peak power at 4,000 rpm and 200 Nm of peak torque 1,750 rpm. It delivers an impressive 24.29 kmpl of fuel efficiency as well.