Maruti Suzuki Vitara Brezza CNG is expected to go on sale soon in India and it continues to use the 1.5-litre petrol engine

Maruti Suzuki India Limited (MSIL) has been enduring tremendous success with the Vitara Brezza in the domestic market since its debut back in early 2016. It beat the Ford EcoSport and has consistently been on top of the monthly sales charts for long despite the increasing competition as new compact SUVs have flocked in.

Upon the arrival of the BSVI emission standards, Maruti Suzuki discontinued the workhorse 1.3-litre DDiS 200 four-cylinder diesel engine to make way for the 1.5-litre four-cylinder K15B petrol engine with mild-hybrid technology. This resulted in Maruti Suzuki not having an oil burner throughout its domestic range but the Vitara Brezza’s sales numbers did not get hurt much.

In the month of July 2021, the Maruti Suzuki Vitara Brezza led the sub-four-metre SUV space with 12,676 unit sales against 7,807 units during the same period in 2020 with a YoY volume increase of 62.3 per cent. The largest carmaker in the country announced its intentions to introduce more S-CNG models as it finds the alternative fuel as the immediate solution to reduce emissions and to adhere to customers wanting high fuel economy. 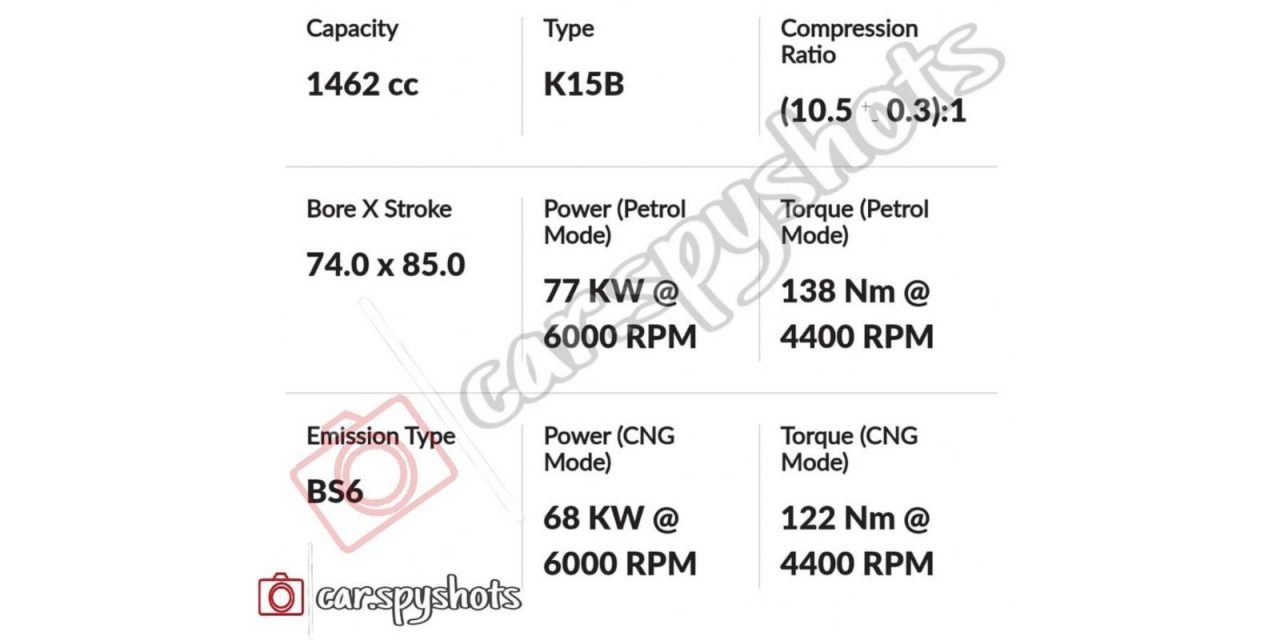 In recent weeks, we brought you spy pictures of a number of S-CNG spec Maruti Suzuki vehicles and the technical specifications of the Vitara Brezza CNG have now been leaked online. According to a post that surfaced on car.spyshots Instagram page, the Maruti Suzuki Vitara Brezza CNG continues to use the 1,462 cc K15B petrol engine.

The powertrain could be paired only with a five-speed manual transmission only but we do not have any confirmation yet. The arrival of the CNG variant will certainly help in expanding the compact SUV’s range further and it could aid in elevating sales figures.