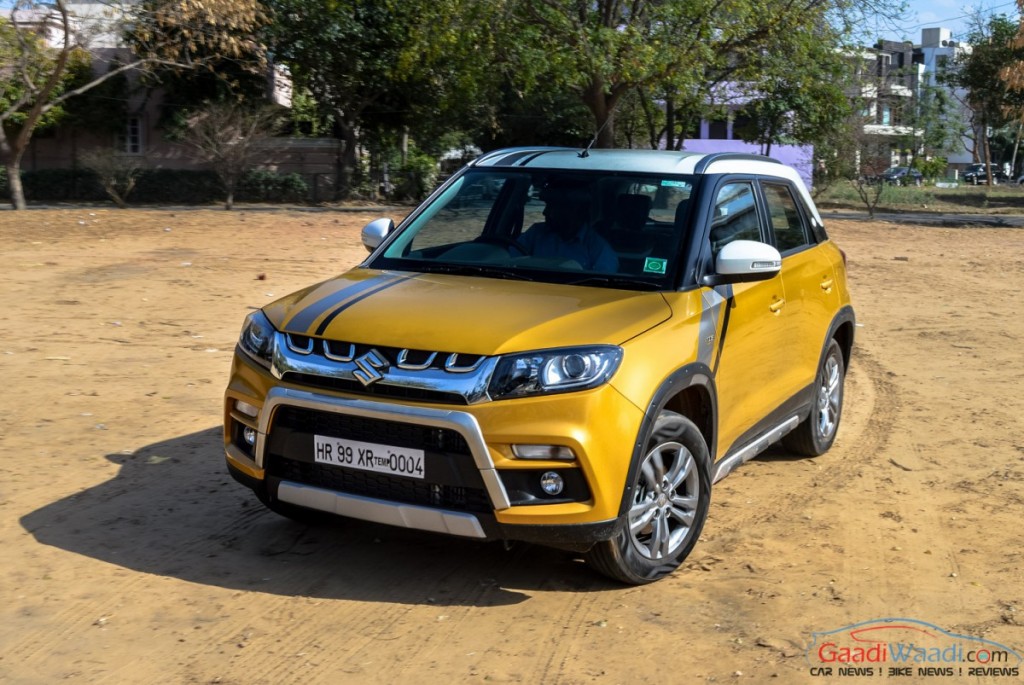 By being the most sold new launch of last year and also having won the reputed 2017 Indian Car of the Year award, Maruti Suzuki Vitara Brezza has now gone past over two lakh sales milestone in India. Underlining its popularity, it recorded over 10,000 average units of monthly sales for the last 20 months. Riding on the wave of momentum of the Vitara Brezza, Maruti Suzuki has been enduring phenomenal growth as well.

The top-end ZDi+ with dual-tone colour option has been the most preferred variant among others and the shift of Baleno’s production to the new Hansalpur plant in Gujarat earlier was expected to bring the SUVs waiting period down considerably. In July 2017, Brezza registered its highest sales of 15,243 units amidst the arrival of Honda WR-V and helped the brand to achieve impressive growth this fiscal. It has helped MSIL to beat M&M in the Utility Vehicle segment between April and October period. 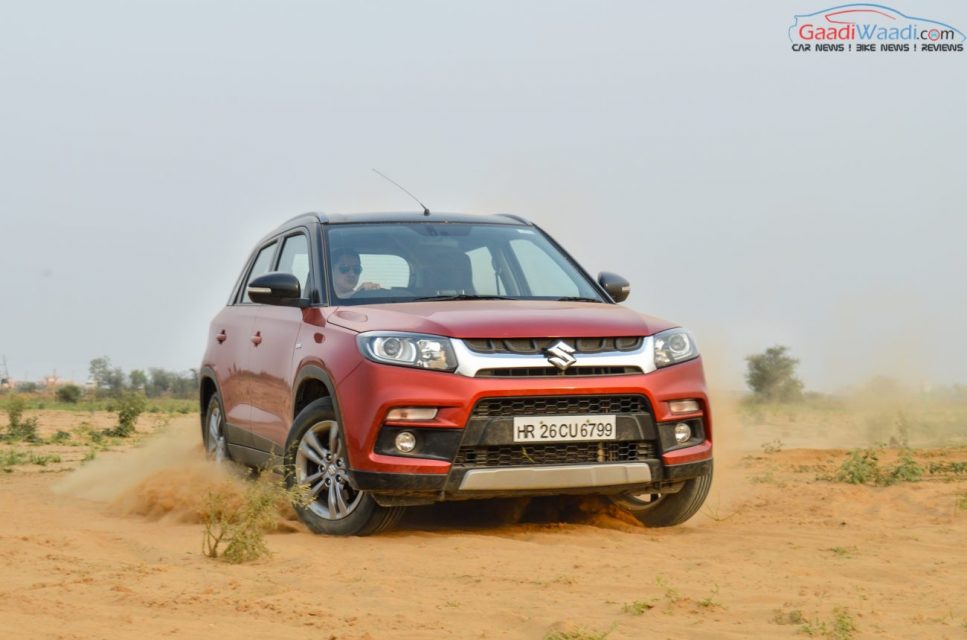 Maruti Suzuki’s stranglehold over the dominance of the Indian market hasn’t been shaken for several decades and the Indo-Japanese automaker is now expanding its range of models into new segments it has yet to step foot in. The entry-level car segment has beyond been anybody’s grasp courtesy of the imposing presence of Maruti Suzuki with Alto, WagonR, Celerio, Swift hatchback and Dzire sedan. However, it was trying hard lately to change the contemplation of its brand value by entering into premium segment.

The Maruti Vitara Brezza was launched to compete against the likes of Ford EcoSport and Mahindra TUV300 and now the latest contender Tata Nexon. The Sub-4-metre SUV is positioned between premium S-cross SUV and the top-selling Swift hatchback. It was first showcased at the Auto Expo 2016 in early February. 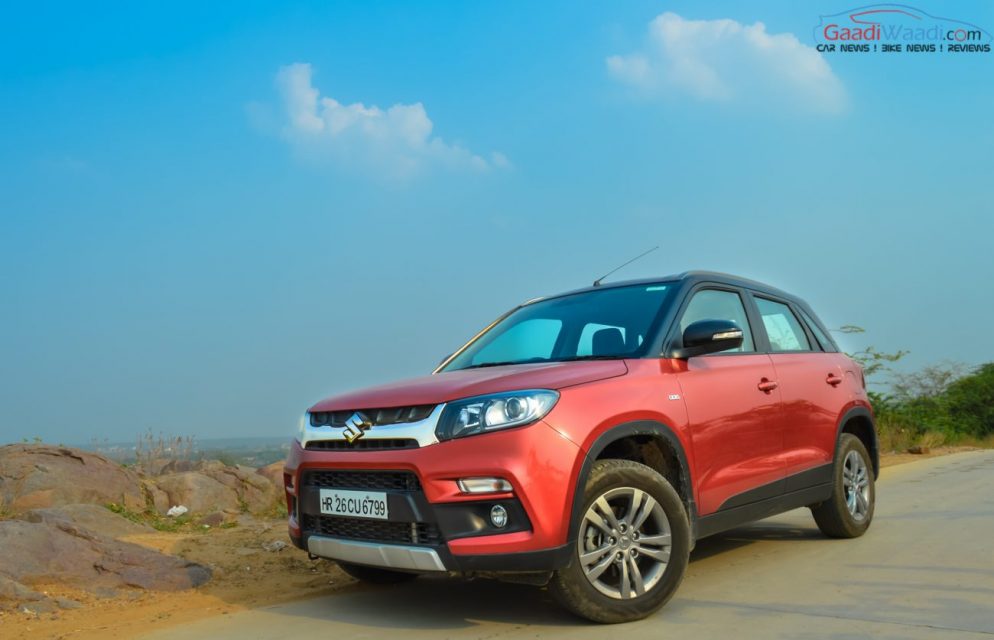 Maruti Suzuki Vitara Brezza is the first-ever fully home-grown vehicle from India’s biggest auto manufacturer. It has been conceptualised and engineered at the local base as well as developed by an Indian squad spearheaded by Chief Engineer Mr. CV Raman. The first indigenous product in the brand’s over three-decade-old history has had only rust endurance and wind tunnel testing conducted at Suzuki’s global engineering facility in Japan.

The five-seater, just like its siblings, set a new record in July 2016 by crossing over one lakh bookings. It pulled off plaudits when making public debut at the Auto Expo before commercially launching the model on the 8th of March 2016. The leading car maker in the country has managed to garner plenty of attention from the UV customers as the Brezza comprehensively outshone main rivals EcoSport and TUV300. 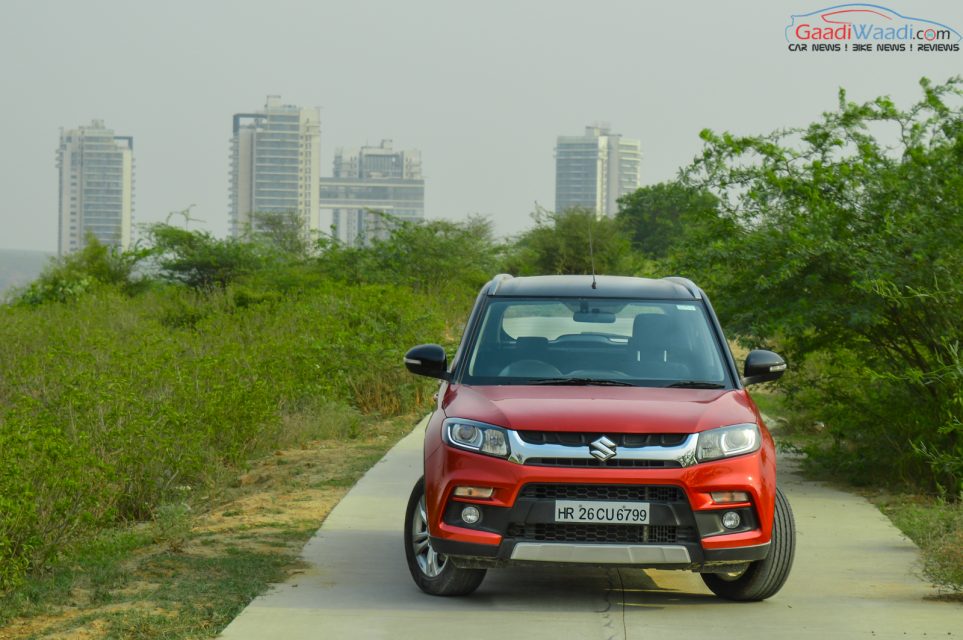 Here we have listed all the essential information you need to know about the sub-compact Vitara Brezza SUV:

The Vitara Brezza has been positioned aggressively in the Indian market with the prices range between 7.24 lakh for the base LDi variant and 9.91 lakh (both prices, ex-showroom Delhi) for the top-end ZDi+ trim and is available only in with single diesel engine. It is sold in six trims LDi, LDi(O), VDi, VDi(O), ZDi and ZDi+ trims.

The Maruti Suzuki Vitara Brezza gets power from the 1.3-litre DDiS 200 four-cylinder diesel motor making 90 PS at 4,000 rpm and 200 Nm of peak torque at 1,750 rpm. The engine transfers power to the front wheels through a five-speed manual transmission and it features best-in-class rated fuel efficiency of 24.3 kmpl. Maruti Suzuki will add the 1.0-litre Boosterjet petrol to the engine-up soon. 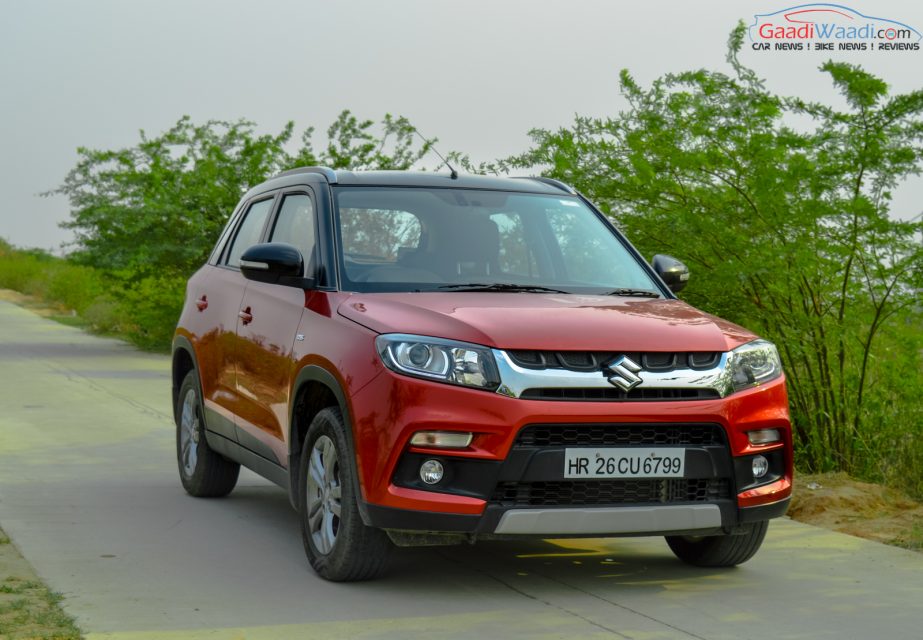 The Vitara Brezza measures about the sub-4m segment standard 3995 mm in length, 1790 mm in width, 1640 in height and comes with a generous wheelbase of 2500 mm and boot capacity of 328 litres. It has an unladen ground clearance of 198 mm. 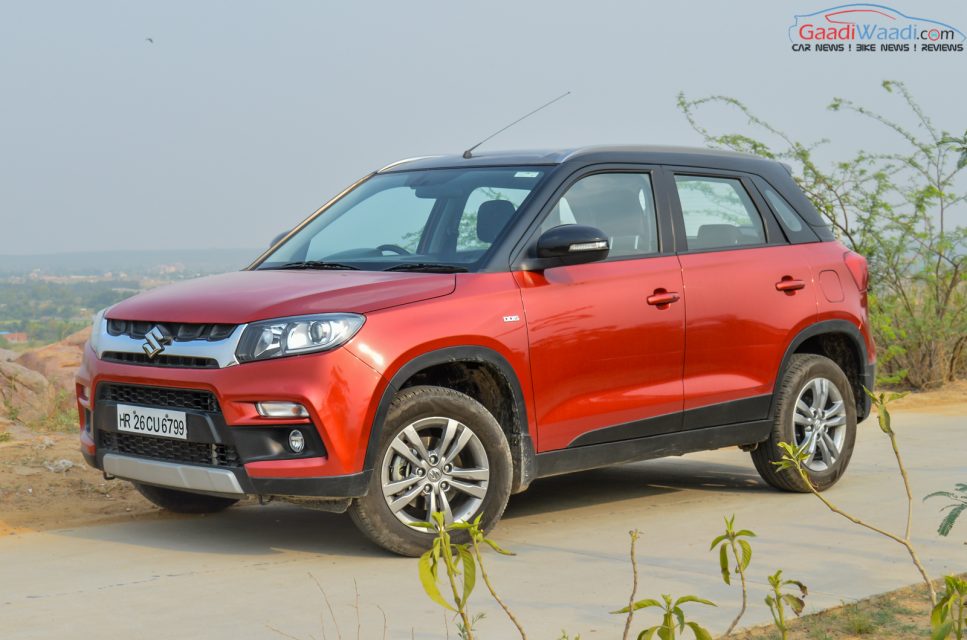 It’s the first vehicle in India to comply with offset and side impact crash tests about to come into effect from next year, aided by the stronger Suzuki TECT hi-tensile steel body structure. 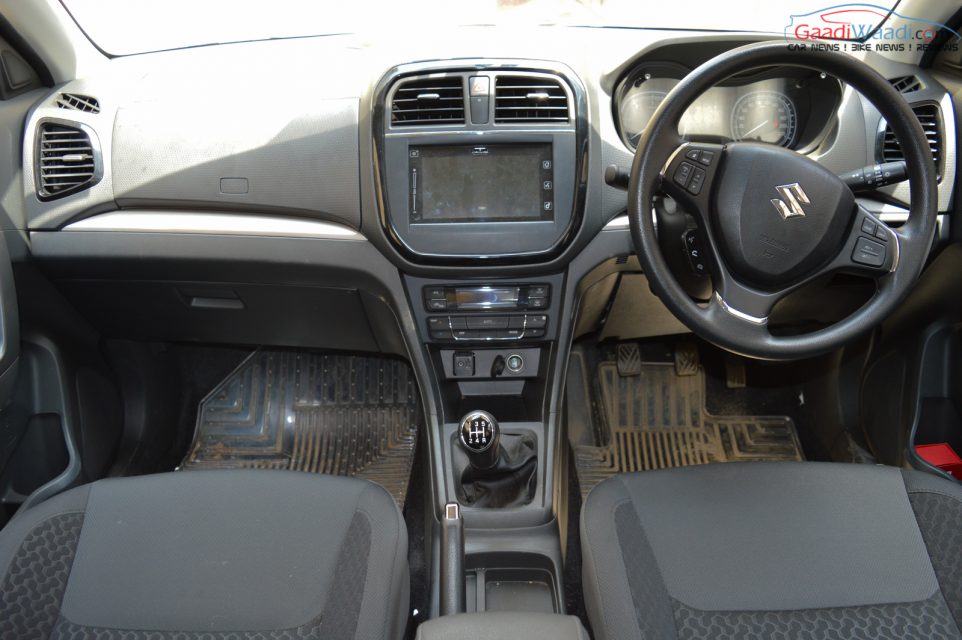 The dual tone interiors with silver accents feature a centre console finished in piano-black, multi-functioning steering wheel, power window switches and gear lever. An entertainment system, navigation and other elements like reverse parking camera and voice command function are carried over from Swift hatchback and the recently launched Baleno.

Driver airbag is offered as standard in all grades as passenger airbag, ABS and EBD functions are optional from base trims (they are standard in the top ZDi and ZDi+ grades). It comes equipped with first-in-class dual-tone colour scheme, SmartPlay infotainment system with in-built MapCare navigation and Apple CarPlay, reverse parking camera, engine start/stop button, electrically-foldable ORVMs with turn indicators, cruise control, 60:40 split rear seat and auto headlamps among others.

The main competitors for the Vitara Brezza sub-four metre SUV are the Ford EcoSport and Mahindra TUV300.