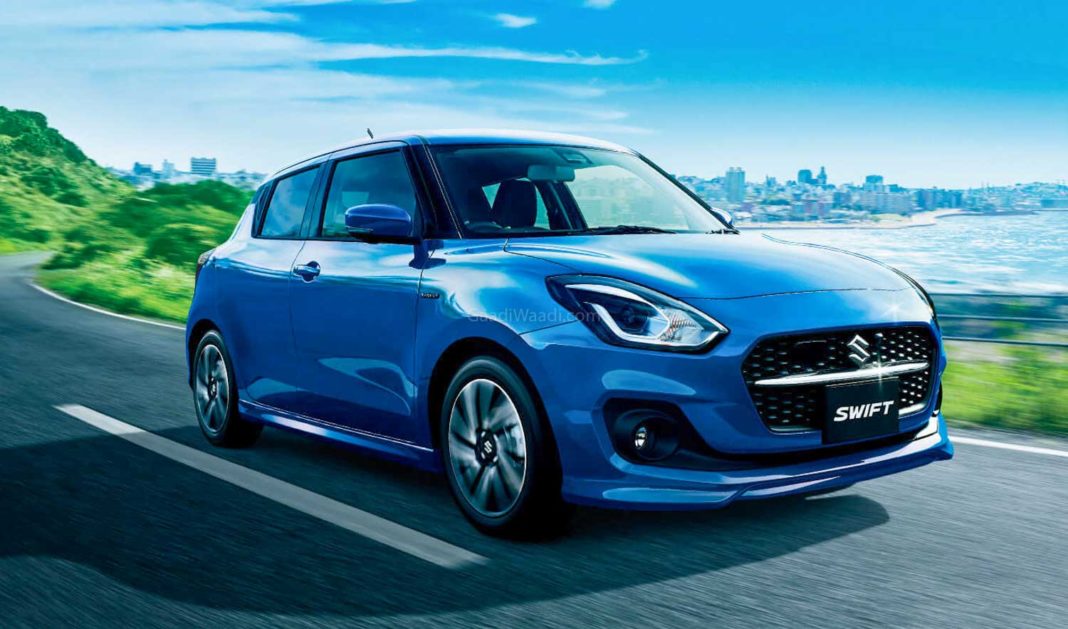 Maruti Suzuki will soon be launching the facelift Swift in India very soon, and the hatch will retain its rivalry with the Ford Figo, Hyundai Grand i10 Nios and Tata Tiago

Suzuki introduced a mid-life facelift for the Swift hatchback in its home country last year, and the update brings along a few changes to the car’s exteriors, interiors as well as a few new features. Since the car has complete over 3 years in the current-gen avatar in India, the hatchback is due for an update here as well.

While the Japanese carmaker is yet to confirm an official launch date for the updated Swift in India, however, we have compiled a list of 5 things you should know about the facelifted hatchback –

Since it is just a mid-life facelift, no major design changes will be made to the car. However, the front-end has been slightly updated. It gets a new honeycomb mesh design for the front grille, along with a chrome strip that divides the radiator grille in two halves. The front fascia looks slightly more aggressive than before, while the overall design is unchanged. 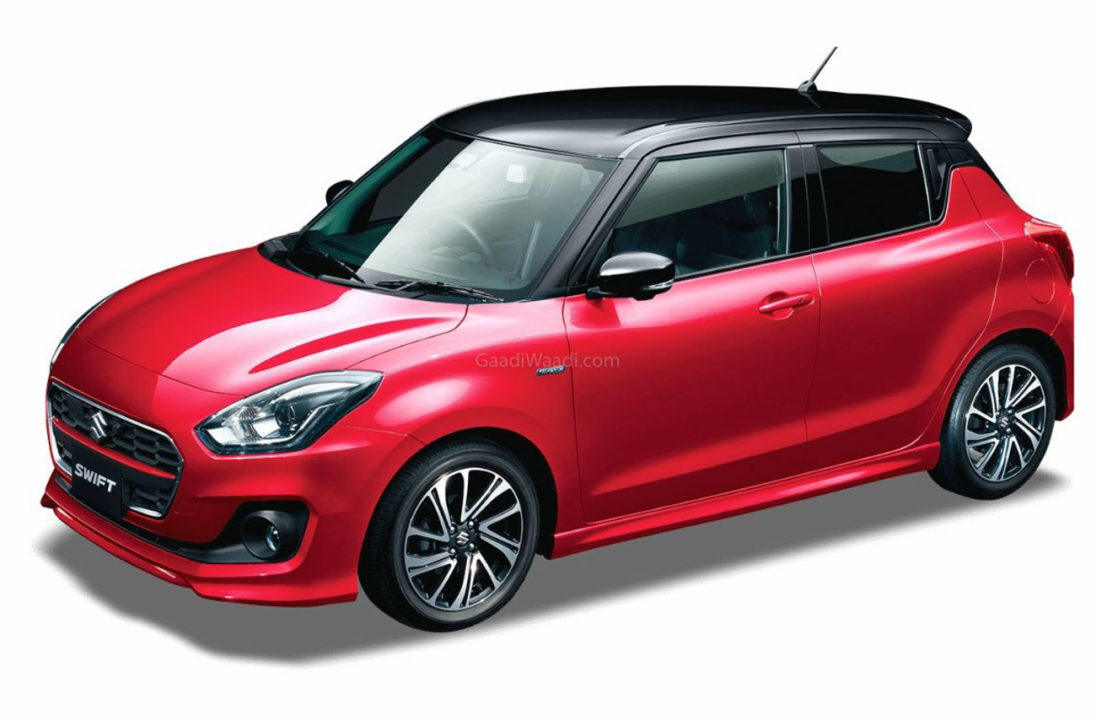 The facelifted Swift will also be getting new alloy wheels, while the rear-bumper is also expected to be restyled. Apart from these, no other major changes will be made to the Swift facelift on the outside.

Maruti Suzuki currently offers the Swift with a sole 1.2-litre four-cylinder NA petrol engine rated at 83 PS/113 Nm. However, the automaker will likely be offering the Swift facelift with its 1.2-litre K12N DualJet mild-hybrid petrol engine with start/stop function. This engine produces 90 PS power, while the torque output remains the same i.e. 113 Nm. The transmission options will include a 5-speed manual gearbox, along with a 5-speed AMT.

Apart from the new seat upholstery, the facelifted Swift’s cabin will be identical to the current model on sale. It will continue to be offered with an all-black theme, while a few new features like a multi-colour MID for the instrument cluster and an updated version of Maruti Suzuki’s SmartPlay Studio touchscreen infotainment system will likely be added. 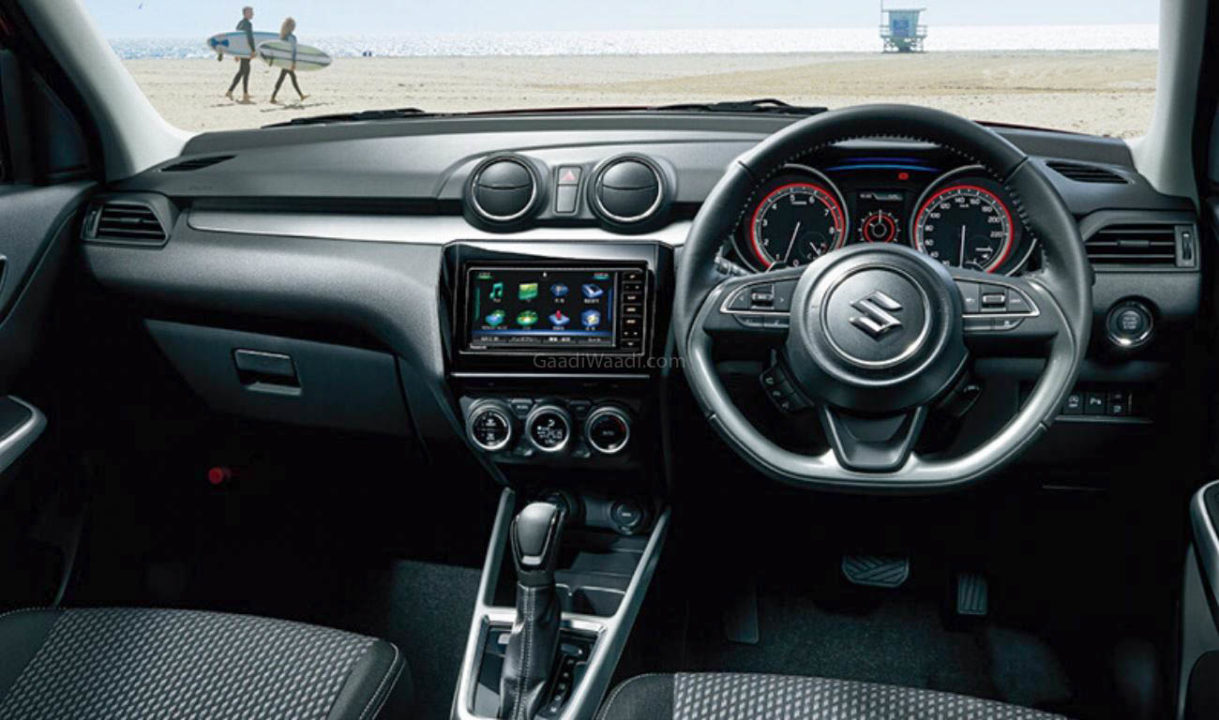 Apart from that, features like an automatic climate control, smart key, push start/stop button, steering-mounted audio controls, electrically adjustable wing mirrors, projector headlamps with LED DRLs etc will all continue to be offered with the hatchback.

While the Swift facelift was expected to be launched in the Indian market around last year’s festive season, the launch has now been pushed, and is expected to take place in the first quarter of this year. 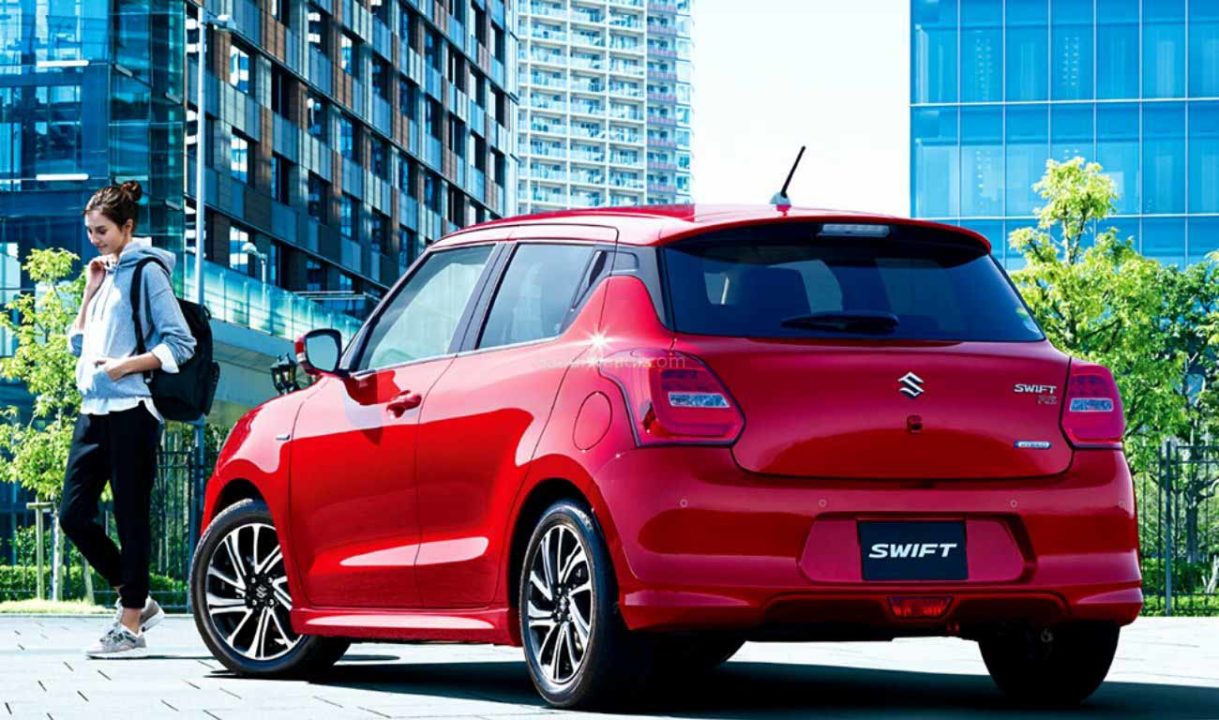 Maruti Suzuki currently retails the pre-facelift Swift at a starting price of Rs 5.19 lakh, which goes up to Rs 8.02 lakh (both prices, ex-showroom) for the top-end automatic trim. Since the facelifted model is expected to get a new powertrain and some new features, the hatchback could be on the receiving end of a price hike. However, the increase in price will be marginal.