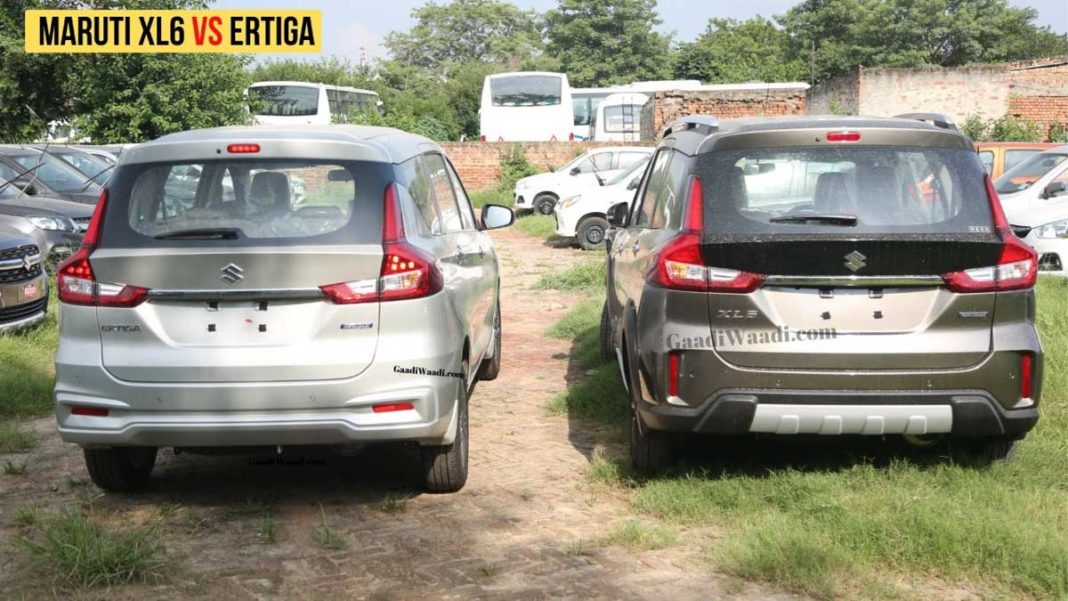 Maruti Suzuki India Limited (MSIL) managed to put the Ertiga on top of the MPV sales charts once again in the month of October 2019. The second-generation Ertiga entered the domestic market in late 2018 and has lived up to the expectations of its predecessor. Maruti Suzuki sold 7,197 units of the MPV against 1,387 units in October 2018 with YoY sales surge of 419%.

Capitalising on the Ertiga’s popularity, Maruti Suzuki introduced the more premium XL6 a few months ago and is sold only through the Nexa premium dealerships. The XL6 is a six-seater with the middle row captain seating arrangement and it ended up as the fourth most sold MPV in the country last month by garnering 4,328 units.

The Ertiga and XL6 use the same 1.5-litre K15B mild-hybrid four-cylinder petrol engine which is good enough to produce a maximum power output of 104.7 PS and 138 Nm of peak torque. The powertrain is BSVI compliant in both the models. The XL6’s sales have steadily been increasing as each month goes by.

The Ertiga, on the other hand, is putting on a decent show through 2019 despite the sales slowdown that is hurting the overall volumes. In line with the growing popularity for MPVs, Renault’s modular Triber vehicle posted 5,240 units as nearly half of the brand’s cumulative domestic sales last month came from this very model.

The Innova Crysta continued to lead its segment but its volumes have reduced by 24% on YoY basis in October 2019 as 5,062 units were sold against 6,700 units during the same month last year. The Marazzo finished behind its main rival XL6 with 1,044 units and is reportedly spawning a Ford premium MPV within the next two years.