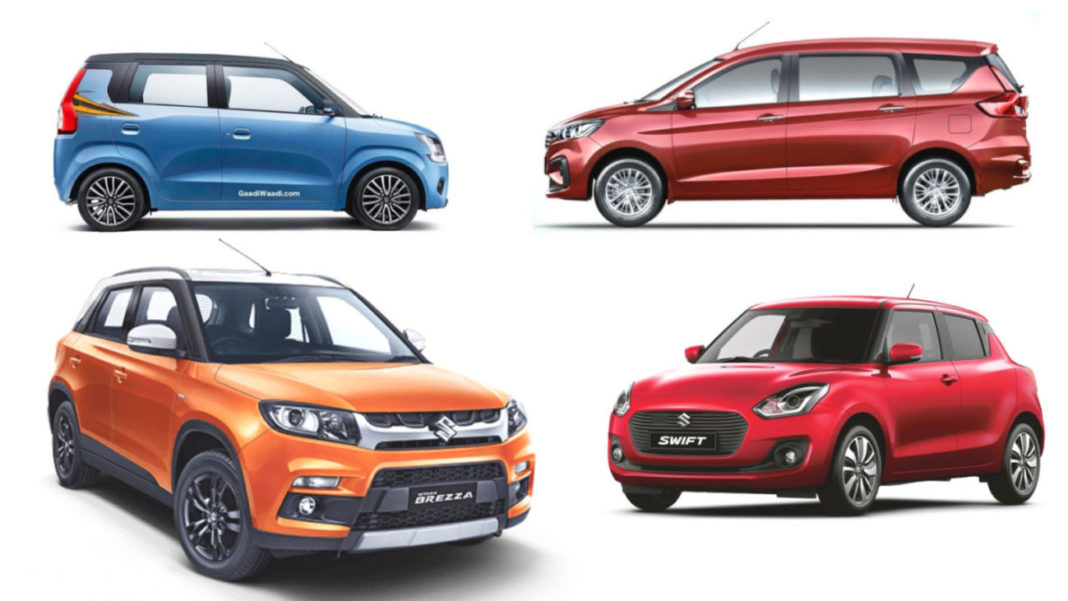 Maruti Suzuki announced a big drop in sales in the month of May 2019; except Super Carry, all other vehicles posted negative growth including Ciaz, Vitara Brezza

The Indian automotive industry has been facing tough times in recent months and it reflects on the carmakers’ volume sales in a big way. In April 2019, all the brands endured negative YoY growth except for Honda and if it was any indication of things to come, we are in for a rough patch ahead.

The second month of the new financial year doesn’t seem to be have improved either as the largest automaker in the country, Maruti Suzuki, has recorded 25.1 per cent YoY sales slump in May 2019. The Indo-Japanese manufacturer has registered a total of 1,21,018 units as against 1,61,497 units during the same month last year.

When April and May months are taken into account (first two months of FY2020 combined), the de-growth was more evident as well. In comparison, 2,52,403 units were retailed against 3,24,931 units with 22.3 per cent sales decrease. 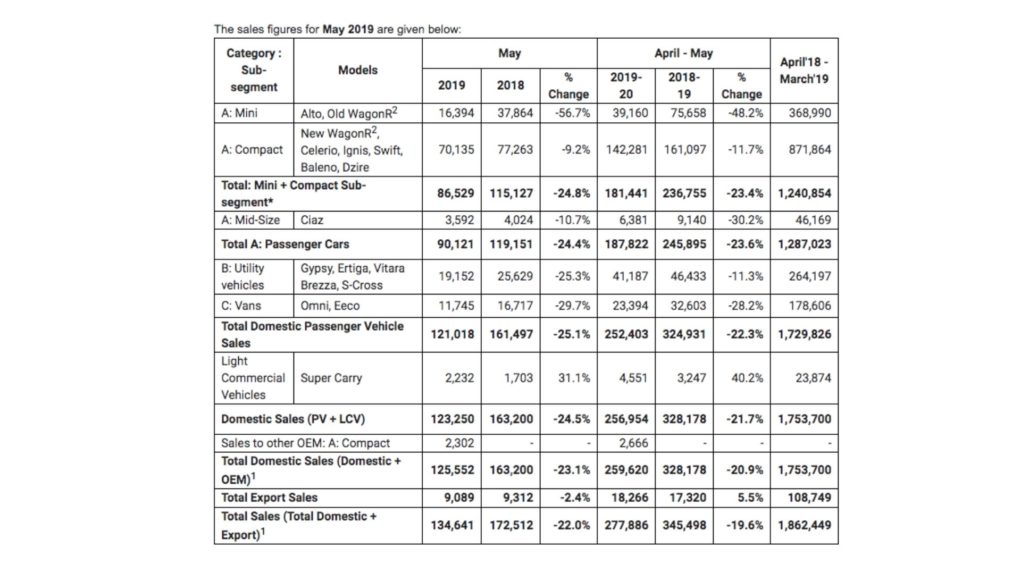 Sales of compact cars (new Wagon R, Celerio, Swift, Dzire, Ignis and Baleno) have dropped by 9 per cent despite the company showing new Wagon R’s sales in the compact segment instead of the mini segment. The Ciaz sales went down by 10 per cent as only 3,592 units were retailed in May 2019 as against 4,024 units retailed in the same month last year.

The entry-level Alto and old Wagon R have combined to register only 16,394 units at a major slump of 56.7 per cent. The mini and compact segment that traditionally contribute to the majority of the total monthly volume saw 24.8 per cent YoY de-growth 86,527 units were sold against 1,15,127 units.

On a broader scale, when the April and May 2019 months are compared with the same period the previous year, 22.3 per cent sales decrease can be witnessed. In the utility vehicle lineup too, the volume sales of Gypsy, Ertiga, Vitara Brezza and S-cross reduced by 25.3 per cent.

The export saw 9,089 units as against 9,312 units with a marginal de-growth of 2.4 per cent in May 2019. When the exports, domestic sales of passenger vehicles and LCV are combined Maruti Suzuki encountered a massive 22 per cent YoY sales decline last month as 1,34,641 units were retailed against 1,72,512 units.