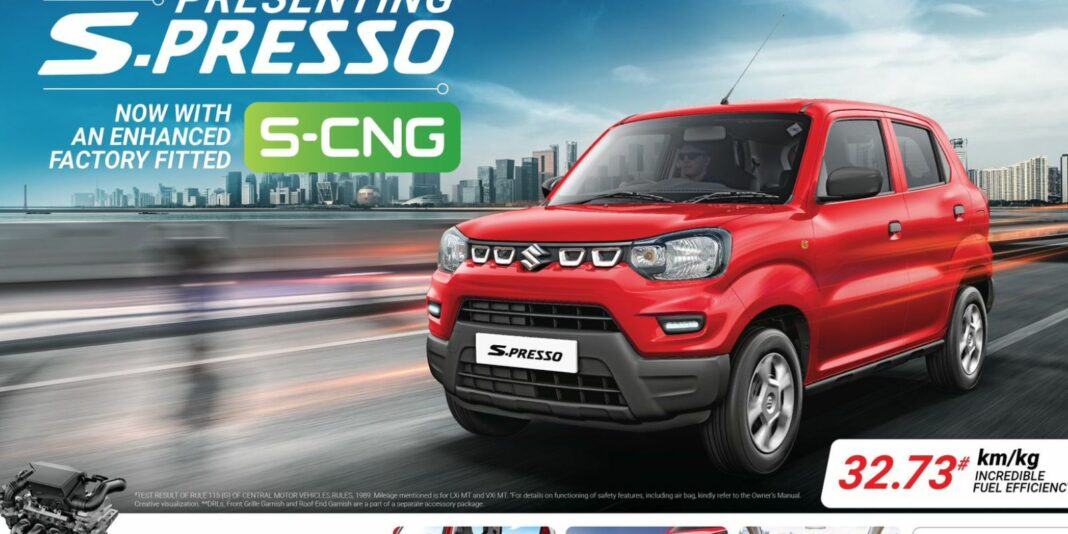 Maruti Suzuki S-Presso S-CNG derives power from the 1.0-litre DualJet Dual VVT petrol engine and is claimed to have a fuel economy of 32.73 kilometres per kg of CNG

Maruti Suzuki India Limited (MSIL) has today announced the launch of the S-CNG variant of the S-Presso in the domestic market. It is priced at Rs. 5.90 lakh (ex-showroom) for the LXI S-CNG variant while the VXI S-CNG variant is Rs. 20,000 costlier. It derives power from a 1.0-litre DualJet Dual VVT petrol engine.

It is good enough to generate a maximum power output of 56.69 PS at 5,300 rpm and 82.1 Nm of peak torque delivered at 3,400 rpm in the CNG. The powertrain is paired only with a five-speed manual transmission. The Maruti Suzuki S-Presso S-CNG is claimed to have a fuel economy of 32.73 kilometres per kg.

Speaking of the new launch, Shashank Srivastava, Senior Executive Officer, Marketing & Sales, Maruti Suzuki India Limited, said, “The S-Presso S-CNG is sure to delight customers with its amazing fuel-efficiency and strong performance. We now have 10 S-CNG models in our portfolio, which are designed to reduce ownership cost and strengthen our commitment to a cleaner and greener environment.” 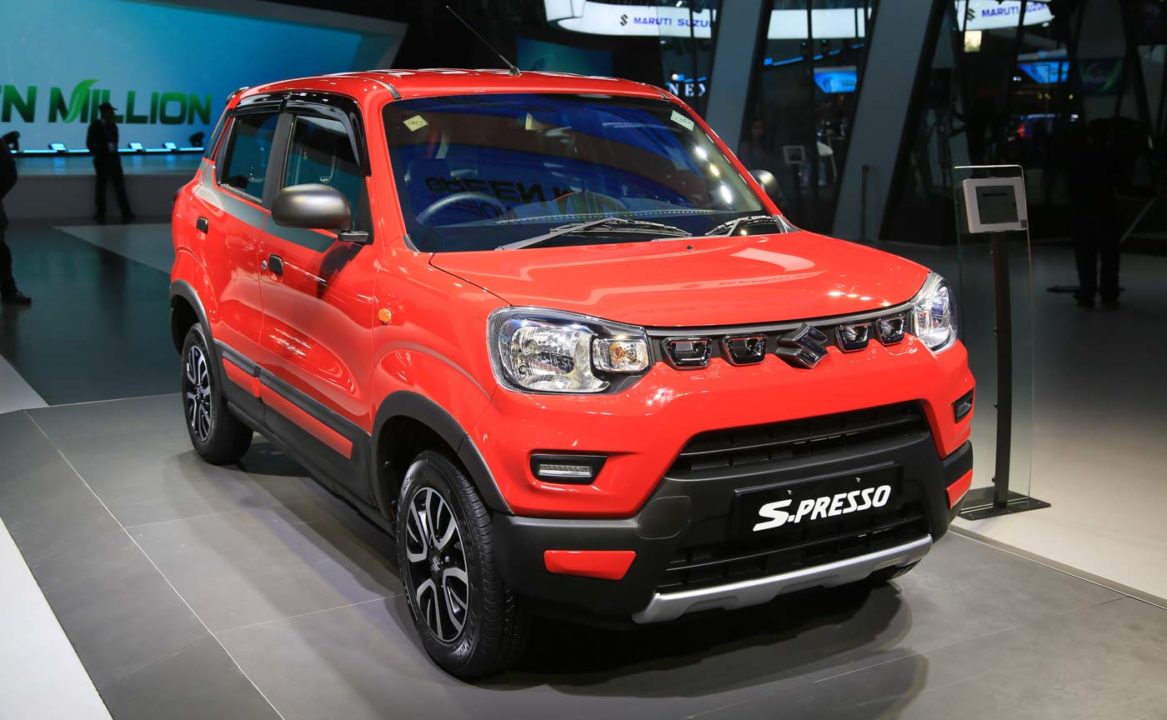 The Maruti Suzuki S-Presso S-CNG is part of the largest car producer in the country expanding its CNG offerings to ten models as it has the widest portfolio amongst all the mainstream brands. It is conceptualized, designed and developed in-house and the suspension setup of the S-Presso S-CNG has been calibrated to the updated powertrain for enhanced ride quality, comfort and safety according to the brand.

Just as other S-CNG models, it is fitted with dual-interdependent Electronic Control Units
(ECU), an intelligent fuel injection system, stainless steel pipes and joints, alongside integrated wiring harnesses for the CNG system. It also has a microswitch to make sure the powertrain is turned off and does not start during the refuelling of Compressed Natural Gas.

MSIL says the system is engineered to provide optimal air-fuel ratio to aid in performance, driveability and mileage. The Maruti Suzuki S-Presso CNG is available only in two variants and so far the regular variant has garnered over 2.26 lakh units.