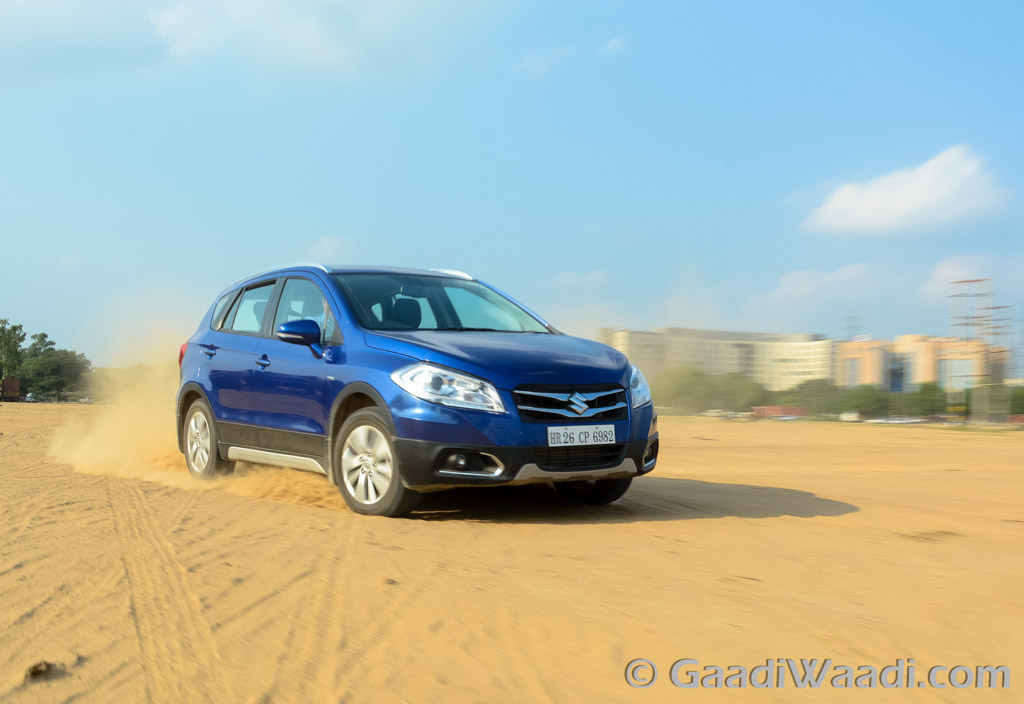 Maruti Suzuki India Limited has announced today that it will be recalling the premium S-Cross model due to issues with the brake system. The number of examples called back will be 20,427 and the country’s leading car manufacturer will fix the problem free of charge through a campaign.

Under ‘free service campaign’, the affected S-Cross crossover’s faulty brake part will be replaced. The Indo-Japanese automaker didn’t strictly endorse it as a recall, however, it’s normally the procedure carried out by any manufacturer for calling back products in case of rectifications needed to be made. The Maruti Suzuki S-Cross models manufactured between 20th April last year and 12th February 2016 are subjected to recall. The inspection will be conducted free of cost and the replacement, if found needed, will be applied. The company has said the DDiS200 and DDiS320 variants of the S-Cross produced between the aforementioned period will be affected.

This is the second recall for Maruti Suzuki in just over a year. In March 2015, a recall for 33,098 units were announced for the best-selling Alto 800 and Alto K10 manufactured between December 8, 2014 and February 18, 2015 to replace defective latches on right side doors. Nearly 18,000 units were recalled since the voluntary procedure was put into effect by governing body SIAM in July 2012. The S-Cross owners affected by the faulty brake system will be intimated via dealers to inform them of the recall. The S-Cross is priced between Rs 8.03 lakh and Rs 12.03 lkh (ex-showroom Delhi) ands is sold through its premium retail outlet Nexa showrooms only. The crossover is the first model Maruti Suzuki has decided to sell from the several premium Nexa outlets across the country. It laid down the foundation to up the brand’s image as a premium car maker since launched in September 2015.

Maruti Suzuki confidently slashed down the prices of the S-Cross significantly earlier in January to boost the sales. A reduction of up to Rs. 2.05 lakh for the top-end variants such as 1.6 Alpha, 1.6 Zeta and 1.6 Delta and Rs. 55,000 for the base 1.3 Sigma variant has helped the model to improve its sales numbers from 2,000 units to monthly average of 2,500 since February. It is powered by the notorious Fiat-sourced 1.3-litre diesel engine that produces 90 PS of power and 200 Nm of peak torque. The engine is mated to a five-speed manual transmission which sends power to the front wheels. The range-topping S-Cross model can be bought with 1.6-litre DDiS320 diesel motor developing 120 PS power and 320 Nm of peak torque linked with a six-speed manual gearbox.