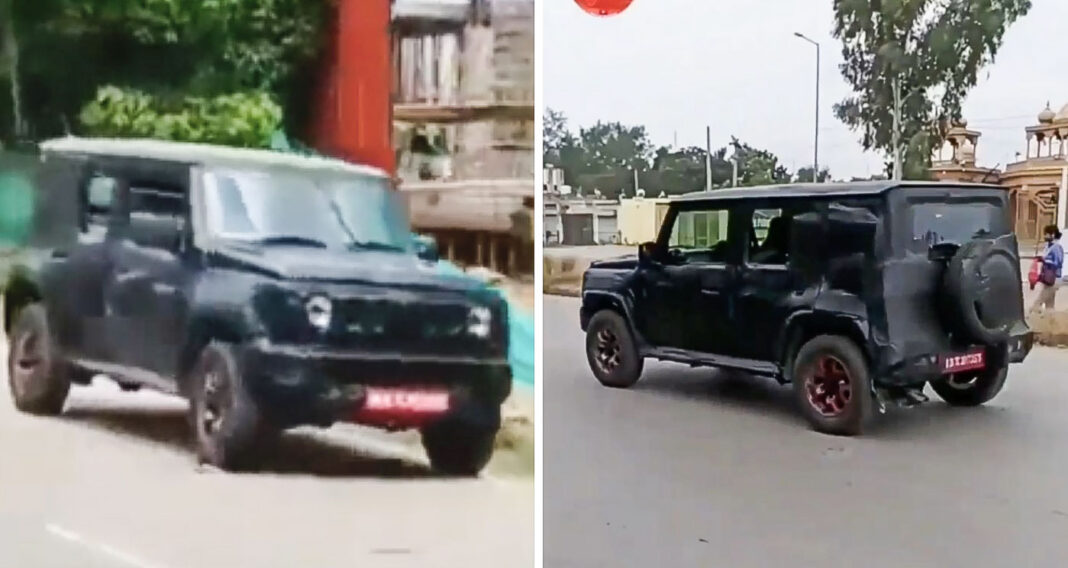 With 4X4 SUVs getting extremely popular in India, many manufacturers are preparing to launch their new offerings in the segment. Maruti is also working on a 5-door iteration of the Maruti Jimny for the Indian market. This new Jimny iteration is likely to debut in other global markets after the Indian launch.

The Indian car maker is expected to debut the new Jimny at the Auto Expo 2023 before going on sale at a starting price of around Rs 10-12 lakh. The new Maruti Jimny 5-door was once again spied testing in India and revealed a number of details about the package we can expect. For starters, the Jimny 5-door will continue to feature a similar boxy styling and a bold front fascia.

The alloy wheels too look similar in design to the global version. It is, however, worth noting the fact that the upcoming Jimny 5-door will be larger in size and will have a longer wheelbase. The overall silhouette, however, will be more or less be the same.

Inside, we will get a similar dashboard layout as the global 3-door version of the SUV except for a few changes. These include a new 9-inch touchscreen infotainment system with Android Auto and Apple Carplay, a revised seat upholstery, and a slightly tweaked instrument console. Other than this, it will continue to get features like 360-degree camera assist, sunroof, up to six airbags, and more. The second-row seating will offer a comfortable and spacious experience while the boot too will likely be usable and big.

From the details that we know so far, the new Jimny 5-door is expected to utilise the same 1.5L K15C DualJet mild-hybrid petrol engine that is offered with many other Maruti cars including the newly launched Grand Vitara. This engine churns out a peak power and torque output of 103 hp and 137 Nm while it can be had either with a 5-speed manual or an automatic gearbox.

Needless to say, a 4WD system will be offered as standard with this engine. Maruti is also likely to offer a more powerful 1.4L BoosterJet turbocharged petrol engine that has a claimed output of 140 PS with the new Jimny 5-door in some markets.