The 5-door Suzuki Jimny is expected to be officially unveiled next year, and will likely launch in India in the second half of 2022

The anticipation for the 5-door version of the Suzuki Jimny is quite high, internationally as well as in India. Speculations about the vehicle have been floating around the internet for around a year, and now, the Jimny 5-door is slowly approaching reality. According to a recent report by MOTA, a Japanese media outlet, the 5-door (long wheelbase) version of the Jimny is expected to debut in 2022, hopefully after the production challenges end for the global automobile industry.

Even though the vehicle hasn’t been confirmed officially, technical specifications of the vehicle are already known, thanks to previously leaked documents. The vehicle will have a length of 3,850mm, a width of 1,645mm, and a height of 1,730mm. The wheelbase will be 2,550mm long, which is 300mm longer than the regular Jimny.

The 5-door Jimny will have a kerb weight of 1,190kg, which is 100kg heavier than the 3-door model, while the ground clearance will be 210mm. The powertrain will consist of a 1.5-litre, naturally aspirated, inline-4 petrol engine, which will generate a peak power of 105 PS and a maximum torque of 138 Nm. The same engine is also available on many Maruti Suzuki cars, like Ciaz, Vitara Brezza, etc. 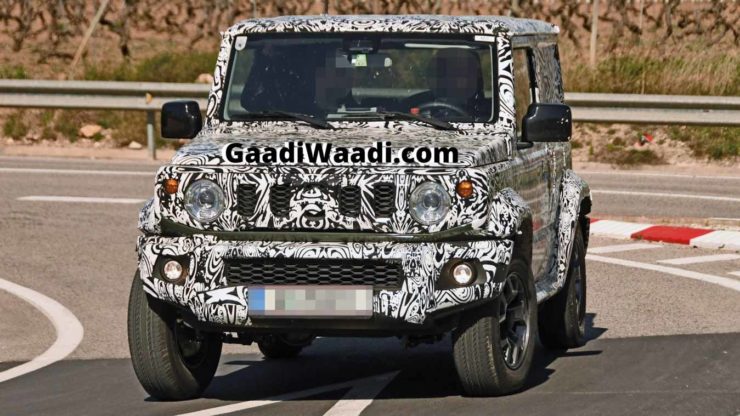 The report claims that a turbocharger might be added, in order to improve the power output and compensate for the added bulk on the 5-door model. Other than that, there’s also the possibility that a mild-system system will be offered as well, to improve the fuel economy. These are only speculations, but the mild-hybrid option seems very likely.

The interior and exterior styling of the Jimny 5-door might see a few changes compared to the current 3-door model. The front fascia might be restyled, along with the addition of two extra doors to the side profile. The interior will likely get a few premium touches as well, like leatherette upholstery, a larger instrument console (with multiple connectivity options), etc. 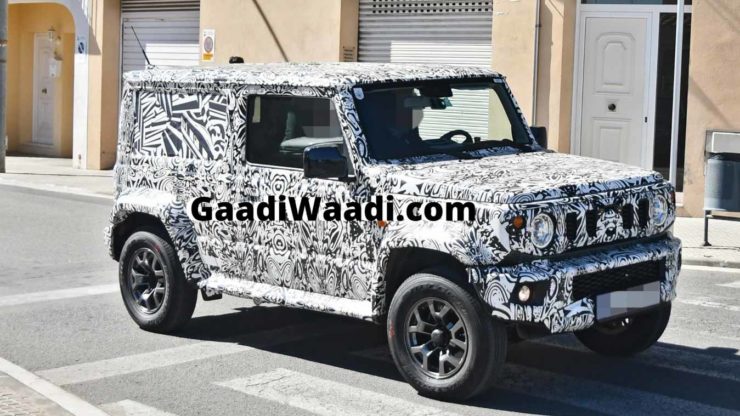 The long-wheelbase version of Suzuki Jimny has already started testing in Europe and was spied in March this year. As stated earlier, the 5-door Suzuki Jimny is expected to debut globally next year, likely towards the beginning. In the Indian market, the vehicle will likely launch in the second half of 2022, as a competitor to Mahindra Thar.