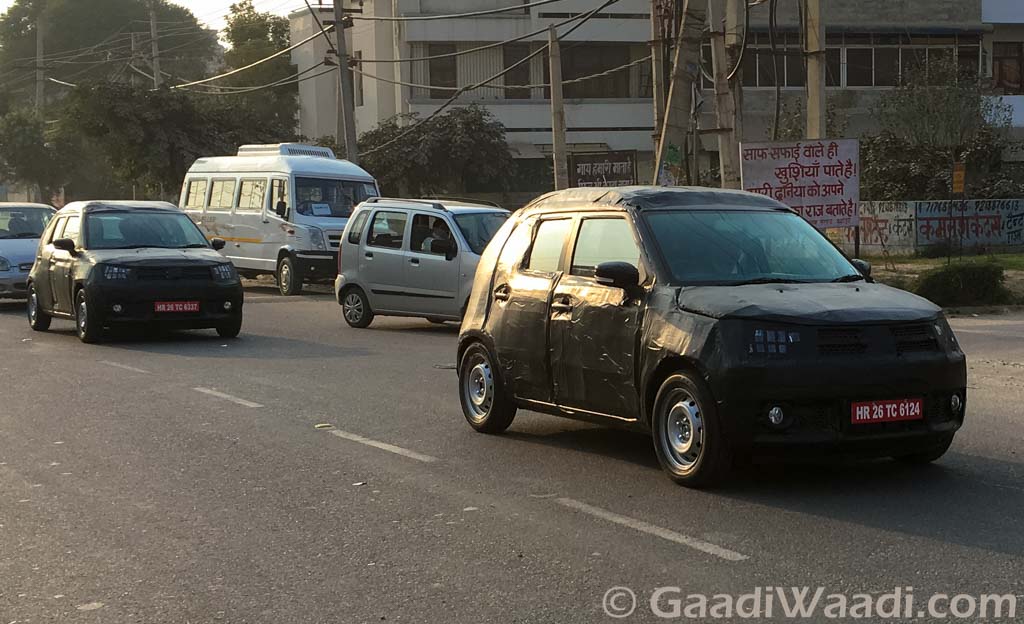 Maruti Suzuki Ignis 1.3 diesel and 1.2 petrol caught testing; the micro-SUV is more likely to be launched in September this year

Maruti Suzuki revealed the Ignis concept for the Indian market at the 2016 Auto Expo. The micro-SUV had garnered crowd in aplenty at the motoring exhibition and the chances of the model available at the first-time buyers’ space is more likely in September 2016.

We were the first to release images of the Ignis’ production version spied running trials on Indian roads last week. Courtesy of a dedicated reader, we now can show you the pictures of the camouflaged Ignis powered by the 1.2-litre petrol engine testing alongside the 1.3-litre diesel version.

Taking design inspirations from the Suzuki i-M4 concept, the Ignis production-spec SUV was made its global premiere at the 2015 Tokyo Motor Show. It was made available for Suzuki’s home market of Japan last year and will be offered from the Nexa dealerships along with Baleno hatchback and S-Cross crossover to emphasise its premium appeal. 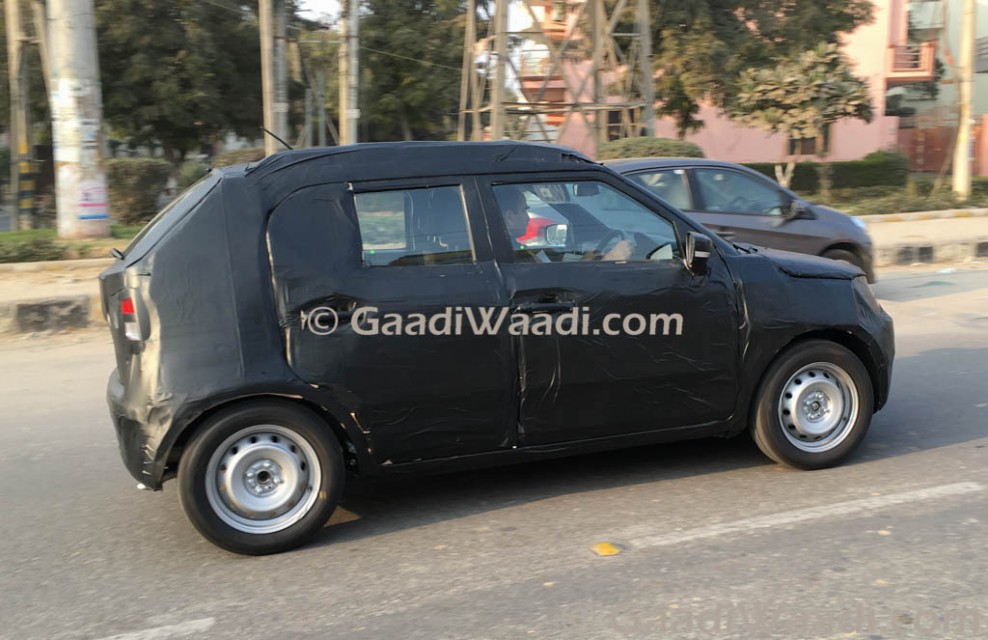 The Maruti Suzuki Ignis will derive powered by the 1,197 cc four-valves-per-head, inline, four-cylinder, DOHC petrol engine from the K-series family with Variable Valve Timing technology. This engine does duty under the bonnet of the highly popular Swift hatchback and it is capable of pumping out a maximum power output of 83 bhp at 6,000 rpm and 115 Nm of peak torque at 4,000 rpm.

As for the diesel powertrain, the Maruti Suzuki Ignis will be equipped with the 1.3-litre diesel SHVS (Smart Hybrid Vehicle by Suzuki) motor that is good enough to generate 75 PS power and 190 Nm of peak torque. The petrol mileage is expected to be around 22 kmpl and diesel around 29 kmpl. 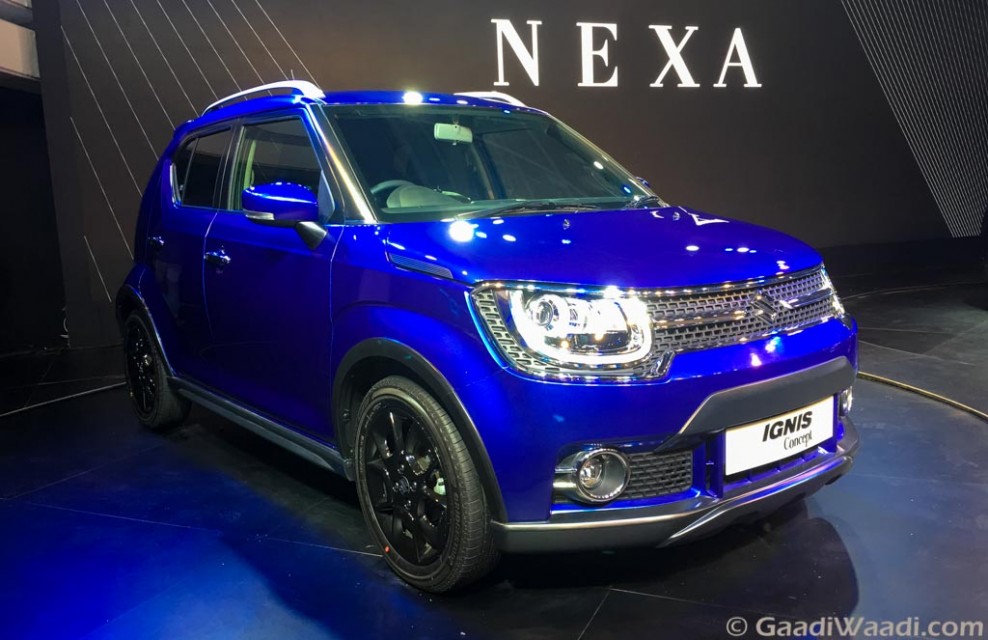 It measures about 3,700 mm in length, 1,595 mm in height and 1,660 mm in width. It will go up against some of the established rivals in the volume market and most significantly the newly launched Mahindra KUV100 that has received 21,000 bookings within a month of its market presence. With over 95% localisation of parts, the micro-SUV could be aggressively priced starting from Rs. 4.8 lakh and Rs. 6.8 lakh for the top-end variant.