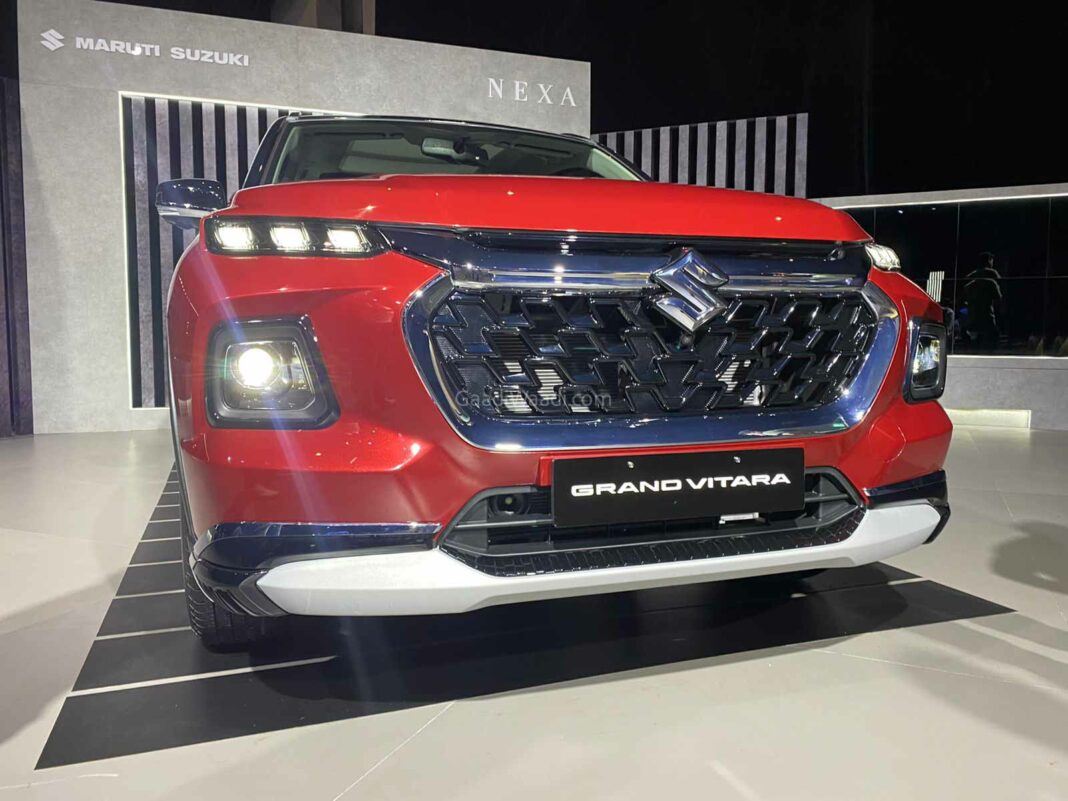 Maruti Suzuki India Limited (MSIL) has finally unveiled the long-awaited midsize SUV christened the Grand Vitara. The largest carmaker in the country has noticeably been absent from this highly popular segment for long and now it has come in all guns blazing with its flagship offering. The five-seater is undoubtedly the most advanced Maruti Suzuki model till date.

The Grand Vitara will compete against Hyundai Creta, Kia Seltos, MG Astor, Nissan Kicks, VW Taigun and Skoda Kushaq upon its market launch next month and its bookings are open already at authorised dealerships and online. Measuring around 4.3 metres in length, the Grand Vitara has a lot in common with the recently revealed Toyota Urban Cruiser Hyryder. 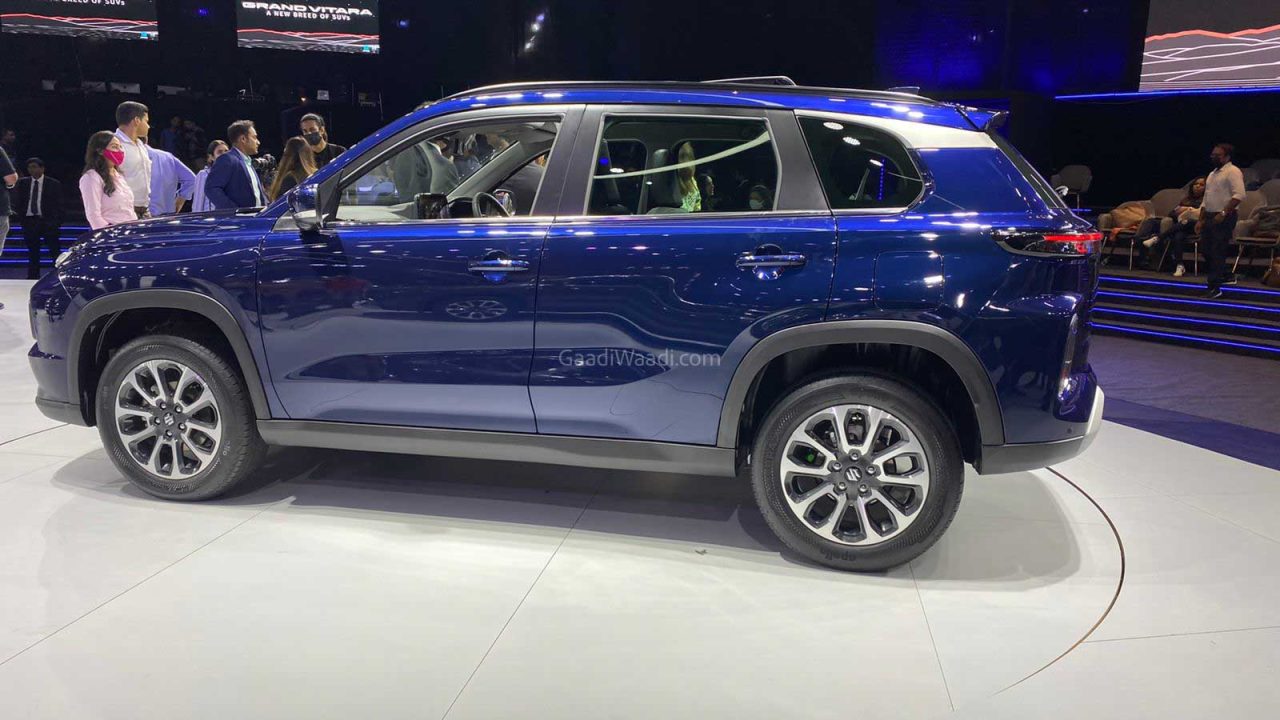 The rear gains wraparound sleek LED tail lamps with the Suzuki logo sitting in the middle, an integrated spoiler with a high-mounted stop lamp, shark fin antenna and so on. The Maruti Suzuki Grand Vitara will be rolled out of Toyota’s manufacturing unit in Bidadi, Karnataka. Expect the prices to hover around Rs. 9.35 lakh and Rs. 19.5 lakh (ex-showroom) and it will be powered by two hybrid engines.

Under the bonnet, the midsize SUV uses the familiar 1.5-litre four-cylinder K15C mild-hybrid petrol engine developing a maximum power output of 103 PS at 6,000 rpm and 136.8 Nm of peak torque at 4,400 rpm. It is linked with a five-speed manual or a six-speed torque converter automatic transmission with a paddle-shifting function. 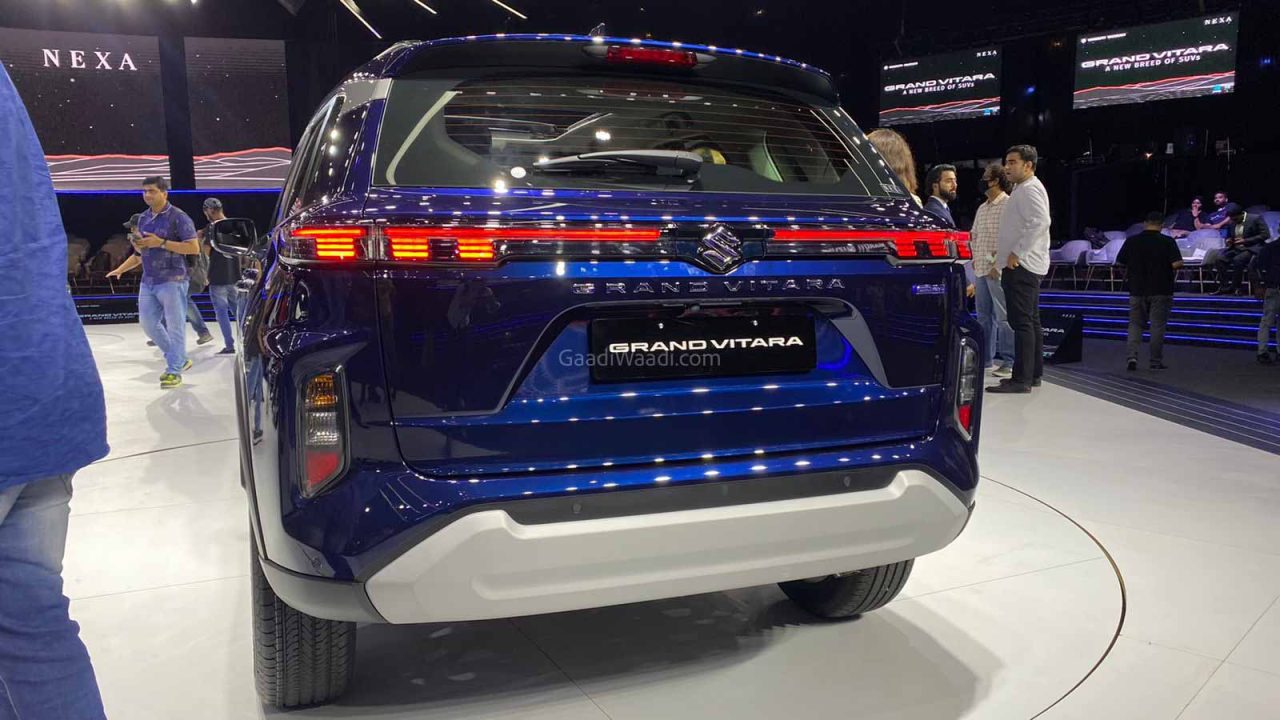 The engine also does propel duties in the updated Ertiga and XL6 and the recently launched new-gen Brezza. The Grand Vitara will also be available with a 1.5-litre four-cylinder strong hybrid petrol engine sourced from Toyota. The first full-hybrid Maruti Suzuki SUV uses an e-drive technology comprising a 1.5-litre TNGA Atkinson Cycle engine, which is good enough for 93 PS and 122 Nm of torque with a 14:1 compression ratio.

It has a thermal efficiency of 40 per cent and the powertrain works in tandem with a 79 PS and 141 Nm producing electric motor, connected to an e-drive transmission. It is mated only to a CVT automatic transmission sending power to the front wheels while Suzuki’s AllGrip AWD system with multiple drive modes will be available with the mild hybrid engine. 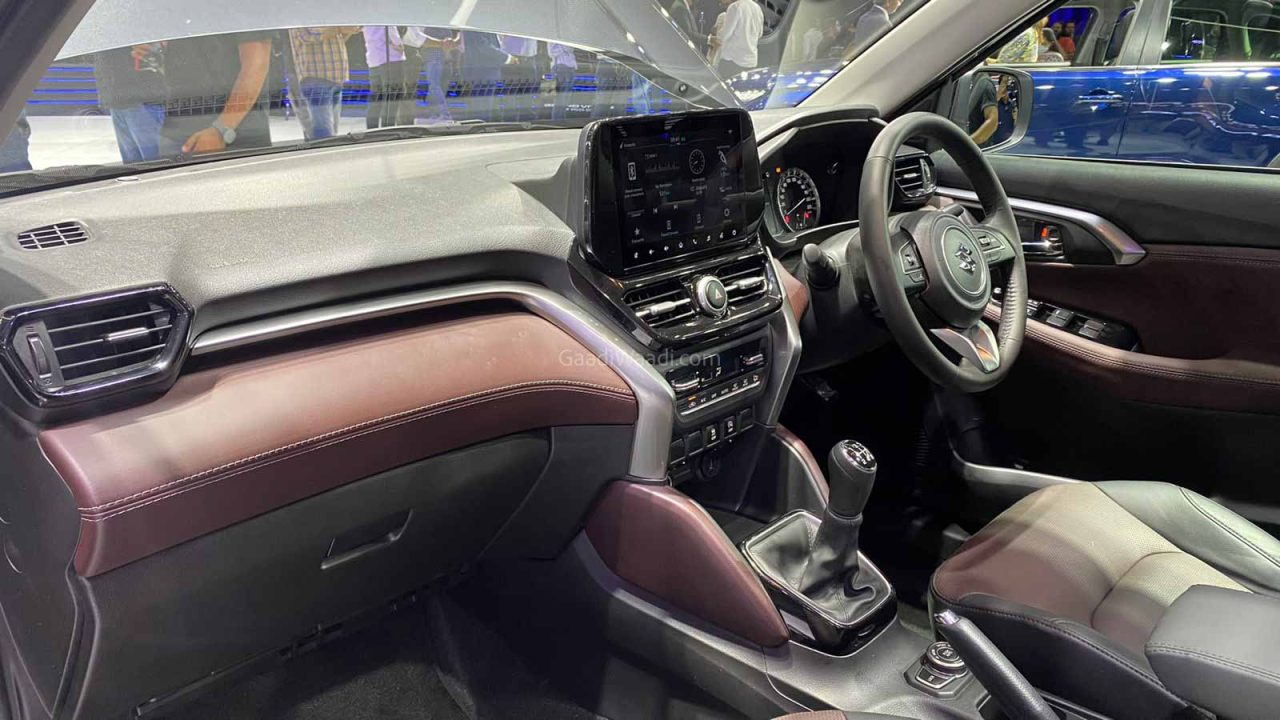 The hybrid system is connected to a 177.6-volt Li-ion battery pack and the Electric-only range could be around 25 km. The overall efficiency of the Maruti Suzuki Grand Vitara is claimed to be 27.97 kmpl making it the most fuel-efficient SUV in India. It is also claimed the strong hybrid version will do 1,200 km in a single tank of petrol. Just as the Hyryder, it will also be exported to overseas markets and Maruti Suzuki claims it is based on the TECT platform with a host of active and passive safety features. 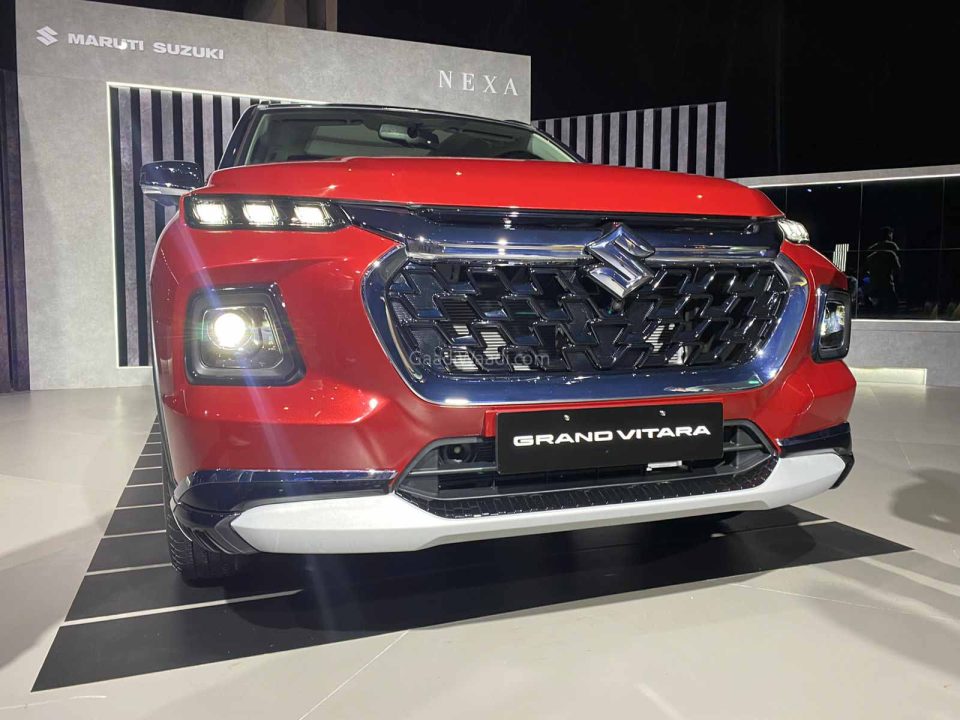 The rear seat comes with a 60:40 split and is reclinable too. It will be available in six mono-tone (Arctic White, Celestial Blue, Chestnut Brown, Grandeur Grey, Opulent Red and Splendid Silver) and three dual-tone exterior shades.