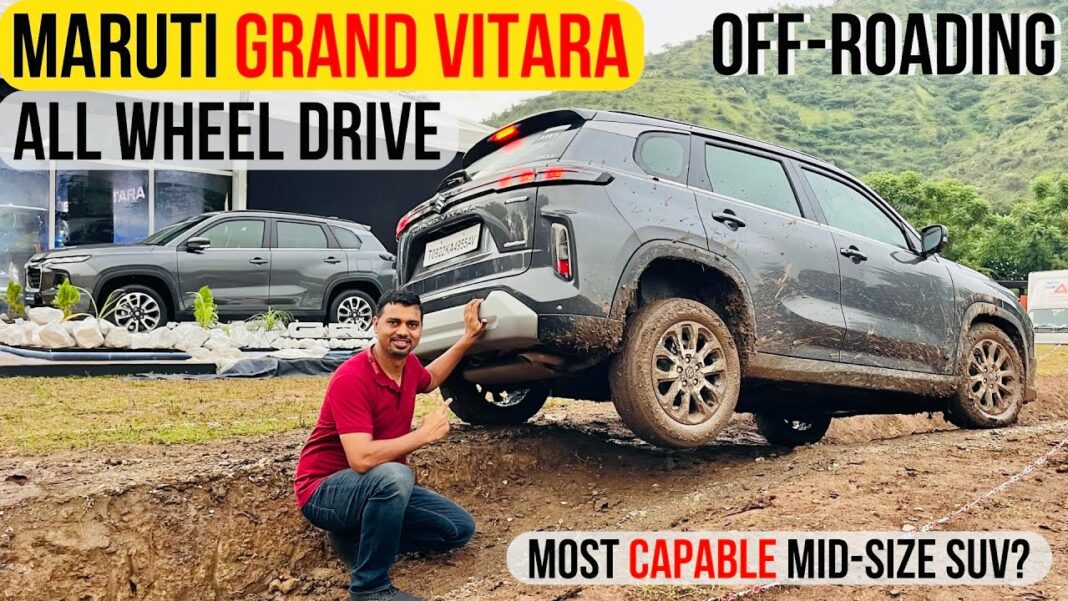 Maruti Suzuki India Limited (MSIL) will host the market launch of the Grand Vitara in the final week of this month. It is expected to be priced between Rs. 9.35 lakh and Rs. 19 lakh (ex-showroom) and will be sold in an expansive range. In the video linked below, we have pushed the AWD variant to its limits and a detailed drive review will follow in the coming days.

The five-seater derives power from a 1.5-litre four-cylinder K15C mild-hybrid petrol engine developing a maximum power output of around 103 PS and 135 Nm of peak torque. It is paired with a five-speed manual transmission or a six-speed torque converter automatic transmission. The AWD configuration is offered only with this powertrain.

Despite being a front-wheel driven SUV, can it off-road? Our video will give you all the answers needed! The Grand Vitara also comes with a 1.5-litre three-cylinder petrol engine working in concert with an electric motor and a battery pack to form a strong hybrid system. It is connected to only an e-CVT transmission.

The strong hybrid variant enables a dedicated EV mode and it has a claimed fuel efficiency of close to 28 kmpl. MSIL claims that a full tank range of just over 1200 km is possible, making it the most fuel-efficient SUV on sale in the country upon launch. The Grand Vitara competes against Hyundai Creta, Kia Seltos, MG Astor, VW Taigun, Skoda Kushaq, etc.

The midsize SUV is based on the Global C platform as the recently launched Toyota Urban Cruiser Hyryder and both have several commonalities including the powertrain. The Grand Vitara will become the flagship SUV upon its launch and it gets a host of premium features pertaining to comfort, convenience, safety and connectivity.