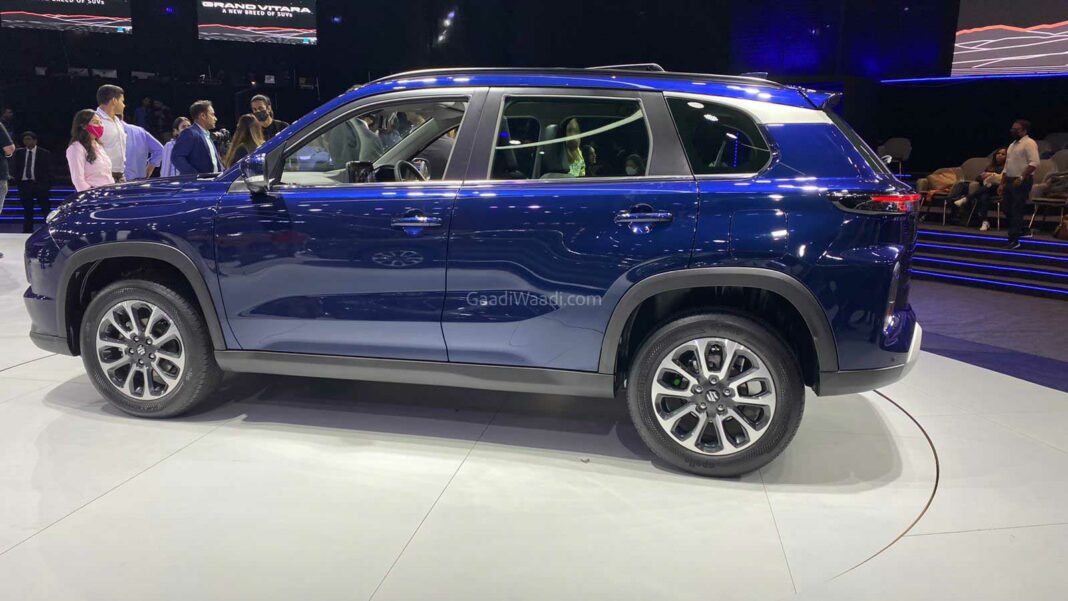 Maruti Suzuki Grand Vitara will go on sale next month in India and in the video linked below, we have explained in detail about the Alpha AWD variant

Maruti Suzuki is finally stepping into the midsize SUV segment with a proper rival with modern creature comforts. Yesterday, the Indo-Japanese manufacturer hosted the global premiere of the Grand Vitara and it will take on Hyundai Creta, Kia Seltos, MG Astor, VW Taigun, Skoda Kushaq and others. The five-seater will go on sale next month in India.

The Maruti Suzuki Grand Vitara will be rolled out of Toyota’s production facility in Bidadi, Karnataka alongside the Toyota Urban Cruiser Hyryder, which it shares the platform and powertrain options with. Maruti Suzuki says the 4.3-metre long SUV is based on the TECT platform and it will become the most advanced Maruti Suzuki ever upon launch.

The Grand Vitara nameplate has been revived for a midsize SUV with plenty of modern technologies and equipment and it will also be available with an AWD powertrain. It is equipped with a 1.5-litre four-cylinder K15C mild-hybrid petrol engine producing a maximum power output of 103 PS at 6,000 rpm and 136.8 Nm of peak torque delivered at 4,400 rpm.

The powertrain is paired with either a five-speed manual transmission or a six-speed torque converter automatic unit with paddle shifters. The 1.5-litre four-cylinder strong hybrid petrol engine is one of the major highlights of the new SUV. It is good enough to generate 116 PS maximum power and courtesy of a large battery pack, the Grand Vitara can run on electric power alone for short distances.

The full-hybrid system is linked with a CVT transmission. Maruti Suzuki has also brought in AllGrip all-wheel-drive system to the Grand Vitara and in the video linked above, you could see all the key details of the configuration. The midsize SUV comes with multiple drive modes, and an interior similar to its Japanese sibling, the Hyryder.