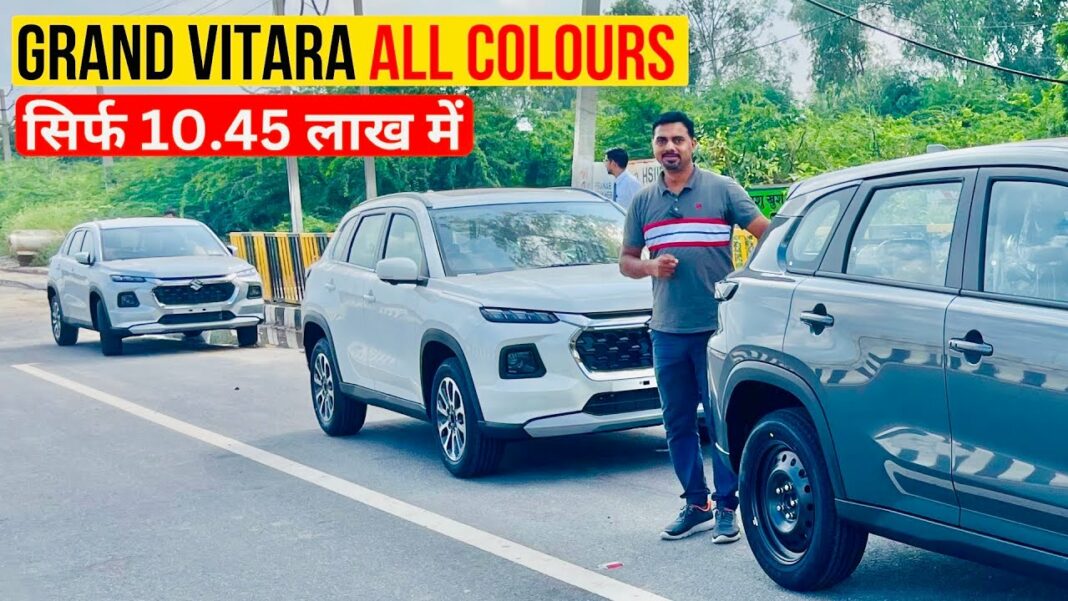 Maruti Suzuki Grand Vitara is priced between Rs. 10.45 lakh and Rs. 19.65 lakh (ex-showroom) and it has a claimed mileage of close to 28 kmpl

Maruti Suzuki India Limited (MSIL) announced the official prices of the Grand Vitara only a couple of days ago. The midsize SUV is priced between Rs. 10.45 lakh and Rs. 19.65 lakh (ex-showroom) and it competes against Hyundai Creta, Kia Seltos, Toyota Urban Cruiser Hyryder, VW Taigun, Skoda Kushaq, Nissan Kicks and the likes.

The Grand Vitara is underpinned by the well acclaimed Global C platform that can also be found in the Brezza compact SUV and global Vitara. It can also be found in the newly launched Toyota Urban Cruiser Hyryder as both have several commonalities including the powertrain lineup. It is equipped with an in-house developed 1.5-litre K-series four-cylinder mild-hybrid petrol engine.

The powertrain is good enough to produce a maximum power output of 103 PS and 136.8 Nm of peak torque and is paired with a five-speed manual transmission as standard. A six-speed torque converter automatic transmission is an option with this power and Suzuki’s AllGrip Select 4WD configuration is available only with this engine.

The 1.5-litre three-cylinder Atkinson Cycle petrol engine forming a hybrid system with a battery pack and an electric motor is sourced from Toyota. It enables a dedicated EV mode and a claimed fuel economy of close to 28 kmpl. The midsize SUV has an appealing exterior and the interior is also loaded with premium features.