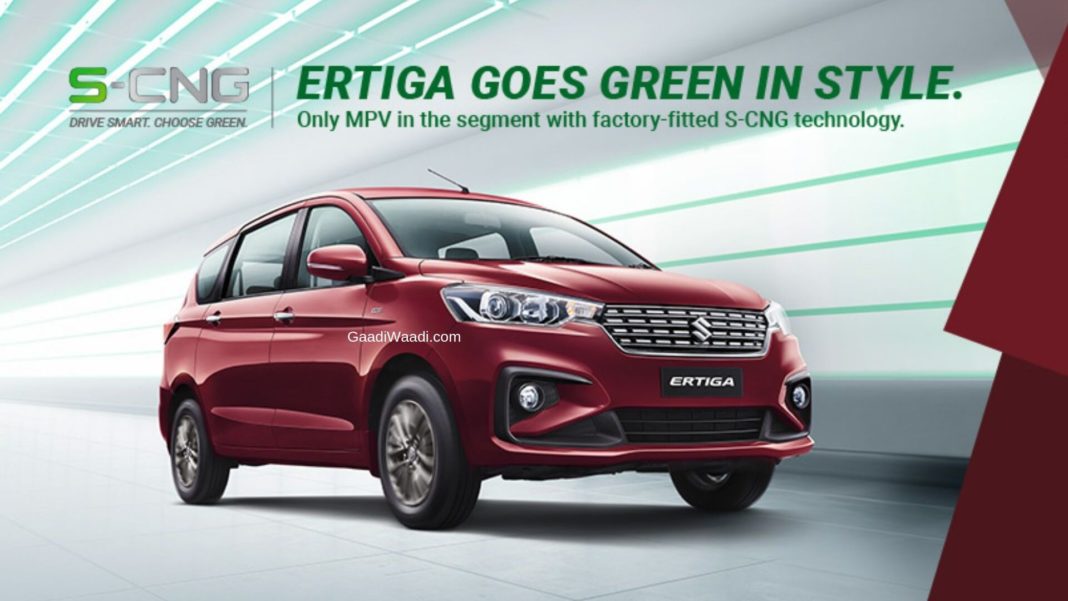 Maruti Suzuki Ertiga S-CNG is claimed to return a fuel economy of 26.08 km/kg and it has been the second BSVI S-CNG vehicle from the brand

Maruti Suzuki India Limited (MSIL) has today officially announced the launch of the CNG-spec Ertiga in the domestic market and it has been priced at Rs. 8.95 lakh (ex-showroom, New Delhi) for the VXi CNG variant. The MPV has been a top-seller for the brand and ever since the introduction of the second generation model in late 2018, its sales numbers only went up high.

Despite the auto industry slowdown hampering the overall progress, the Ertiga did manage to rack in good volumes for the largest carmaker in the country almost throughout last year. Maruti Suzuki made its intentions clear at the ongoing 2020 Auto Expo by showcasing CNG and hybrid vehicles like Swift Hybrid and S-Presso S-CNG under the ‘Mission Green Million’ theme.

The Indo-Japanese brand is aiming to sell one million eco-friendly cars under the theme and it has been open about adopting CNG as the immediate alternative fuel to reduce carbon footprint. The Maruti Suzuki Ertiga S-CNG is claimed to return a fuel efficiency of 26.08 km/kg. It is the first MPV in the country to be incorporated with CNG and it complies with BSVI emission standards. 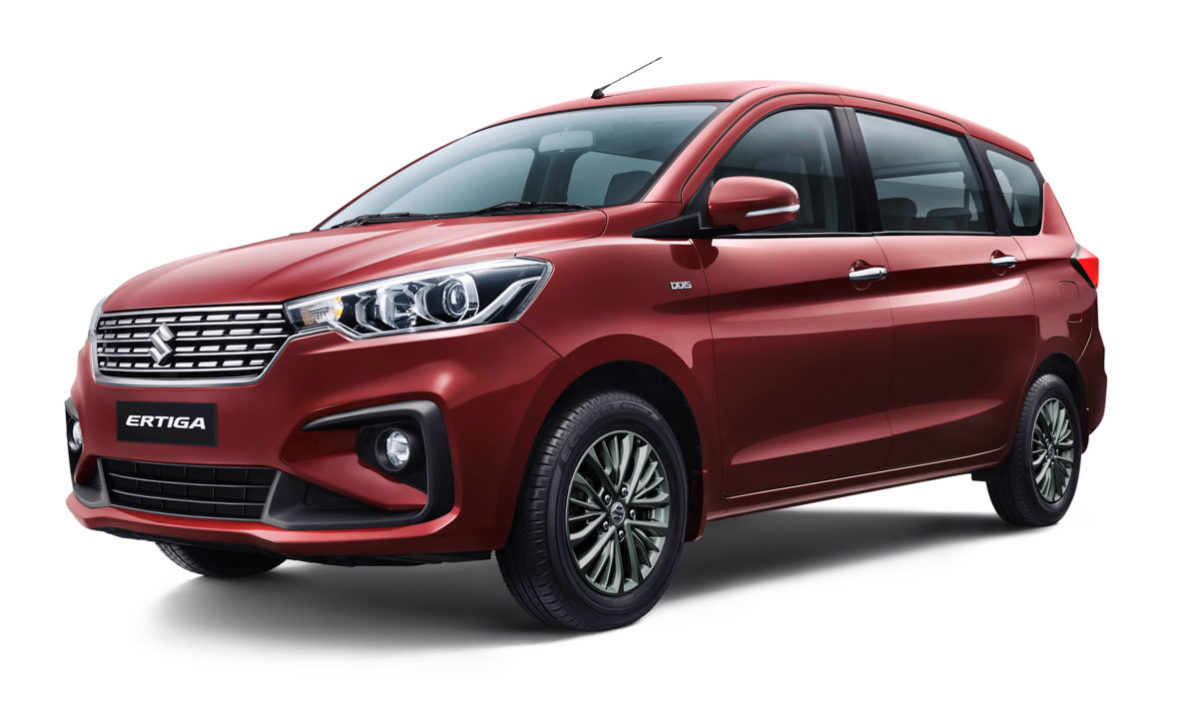 The brands says the introduction of the S-CNG vehicles is in accordance with Indian Government’s vision to curb oil import and enhance share of natural gas in the energy basket from 6.2 per cent to 15 per cent by the end of this decade. The Government is also increasing CNG fuel pumps network across the nation.

The S-CNG range of vehicles are equipped with dual interdependent ECUs (Electronic Control Units)
and intelligent injection system. Only recently, Maruti Suzuki launched the CNG-spec Alto in the domestic market and the portfolio will be expanded further. The brand began debuting BSVI vehicles from April 2019 and currently as many as 12 products comply with the stringent emission standards.

Impressively, the sales of BSVI Maruti Suzuki vehicles have already crossed 5 lakh mark. The Ertiga is also the only MPV with factory-fitted CNG and the second BSVI S-CNG vehicle from Maruti Suzuki. Over the years, about 5.28 lakhs of the MPV have been sold across the country.