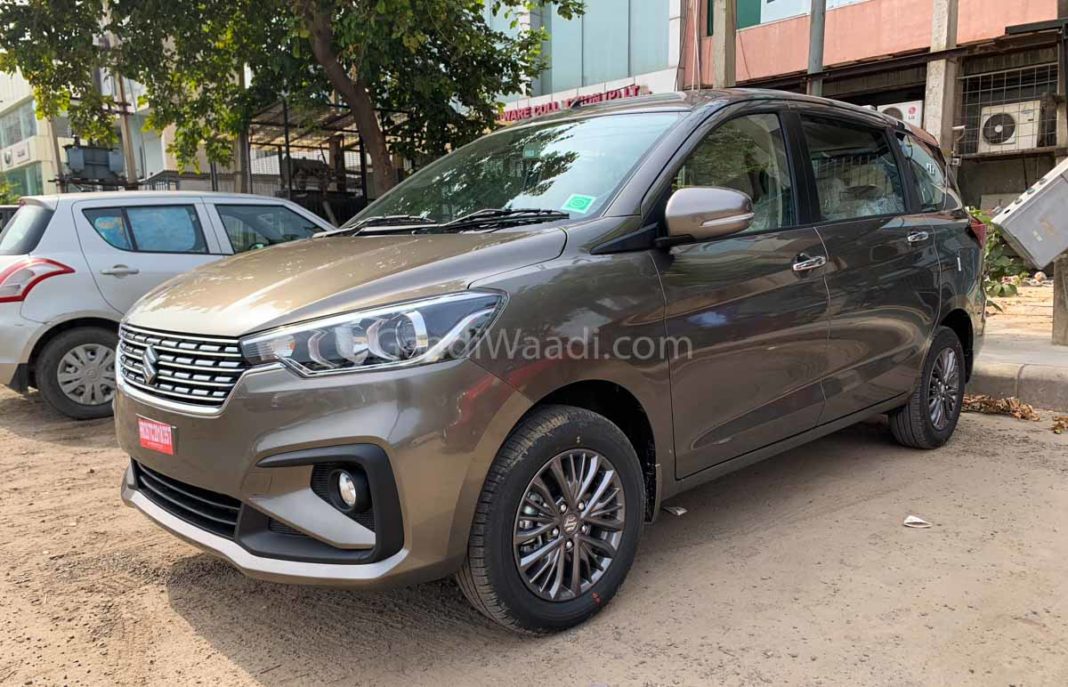 Maruti Suzuki India Limited (MSIL) has today officially introduced the BSVI compliant petrol version of the Ertiga in the domestic market. The engine upgrades have resulted in price increase across the MPV’s range and is priced between Rs. 7.54 lakh and Rs. 10.05 lakh (ex-showroom, Delhi/NCR). The price increase appears to be around Rs. 9,000-10,000.

The second generation Ertiga was introduced back in November 2018 and it has lived up to the expectations created by its highly successful predecessor. The seven-seater received the new 1.5-litre four-cylinder SHVS K15B petrol engine. Debuted in the facelifted Ciaz in August 2018, the smart hybrid unit develops 104.7 PS and 138 Nm of peak torque.

It is connected to either a five-speed manual or a four-speed torque-converter automatic transmission. In a bid to capitalise on the Ertiga’s popularity, Maruti Suzuki is adding a brand new variant next month while the CNG version was only introduced a few days ago with 26.2 km/kg claimed fuel economy. Dubbed the XL6, it will be sold only through the Nexa premium dealerships.

The Maruti Suzuki XL6 will be offered only with the 1.5-litre BSVI compliant SHVS petrol engine. With a six-seater configuration, the XL6 comprises of middle-row captain seats. The interior boasts an all-black theme and has leather seat upholstery while the features list will mimic the range-topping petrol Ertiga variant with the possible inclusion of new equipment.

The exterior is where the XL6 stands out from the regular Ertiga. The front fascia gets sharper newly designed headlamps flanking the slender twin horizontal slats running across the new grille. The redesigned bumper possesses rectangular housing for fog lamps along with changes to accommodate the underbody skid plate.

Following the XL6, Maruti Suzuki will be launching the S-Presso micro SUV this festive season as the brand makes strategic moves to garner good lump of sales volume in the coming months despite the industry slowdown. Reports suggest that Maruti Suzuki is mulling over an electrified Ertiga in the near future but the immediate concerns will be to upgrade the domestic lineup to meet BSVI standards well ahead of the March 31, 2020 deadline.