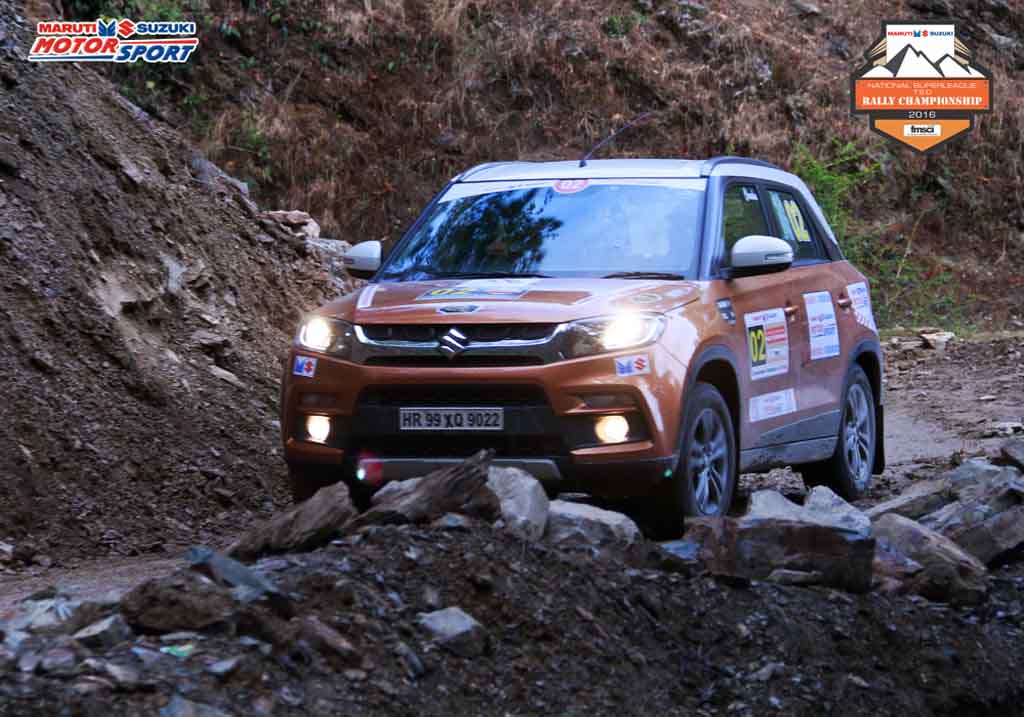 Motorsports is a growing segment in Indian sports scenario, and no wonder Maruti Suzuki is the pioneer of the Indian motorsports. The largest automaker of India has already successfully organized the motorsports events like Raid de Himalaya, Desert Storm and Dakshin Dare, which has helped and promoted the motorsport in the country hugely. No wonder, these events are most anticipated, and most celebrated motorsport events in India.

Now the Indo Japanese automaker is set to launch another leg of its new adventure sport rally National Super League TSD Rally Championship, which is dubbed as Deccan Rally this time, as the four day rally will cover 700 kilometers starting from Pune on 13th May and concluding in Goa on 16th May after running through the Ratnagiri. This event has been designed to encourage more and more number of motorsport enthusiasts into the world of adventure and motorsport.

A total of 45 teams will participate in the Maruti Suzuki Deccan Rally. This rally is only open to the four wheeler category and the rally will follow the Time-Speed-Distance (TSD) format. It will test the skills of both the drivers and the navigators to the fullest. Maruti Suzuki already organized National Super League TSD Rally Championship in Uttarakhand, where the championship created huge enthusiasm and interest. Newly launched Maruti Suzuki Vitara won the Uttarakhand rally. The automaker is hoping for similar response in the forth coming southern leg of the championship as well.

The National Super League TSD Rally Championship has been started by the Federation of Motorsport Clubs of India (FMSCI). It is a small format TSD rally championship. The 2016 championship comprises a total of six events across various parts of India. After the Uttarakhand, Deccan Rally is the second leg, and it will be followed by the Backwaters Rally in Cochin, Mughal Rally in Jammu and Kashmir, Rally of Gujarat, and finally the last rally will be organized in Arunachal Pradesh.