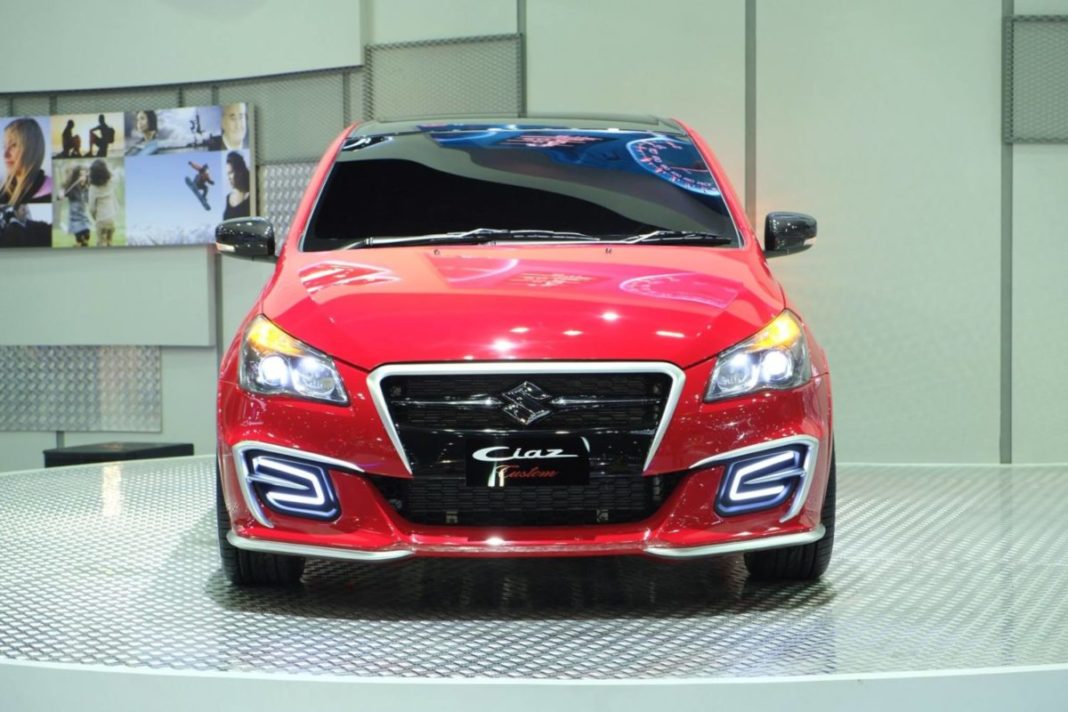 Maruti Suzuki Ciaz is the best-selling sedan in the segment, owners try to make the vehicle look different from others by modifying their vehicle

Maruti Suzuki Ciaz has become the best-selling car in the segment. The mid-size sedan takes on the likes of Honda City and Hyundai Verna in the Indian market and recently got a facelift.

There are numerous Maruti Suzuki Ciaz sold in the country since its inception. Many owners do not like their vehicle in the stock form and modify it according to their choice. Here are five such examples of the Maruti Suzuki Ciaz modified into hot looking models.

This Maruti Suzuki Ciaz certainly looks inspired by the Audi sedans. It has been modified by the Chennai-based Modsters Automotive and looks extremely good. The car looks much more expensive and aggressive than the stock form and will definitely turn heads on the road.

To start with, the whole front-end has been updated. It gets a new grille, which is much larger than the stock one. The honeycomb grille is inspired by many performance sedans of Audi. The bumper gets glossy black inserts that add a sporty look to the car.

The stock headlamp units of the Ciaz have been upgraded to new ones. It gets DRL and projector headlamps. This is a pre-facelifted Ciaz which only came with reflector-type headlamps. It also gets underbody side skirts. All the pillars and the roof get a matte black wrap that gives it a distinctive look. At the rear, the Ciaz also gets a customised tail lamp with LED elements. 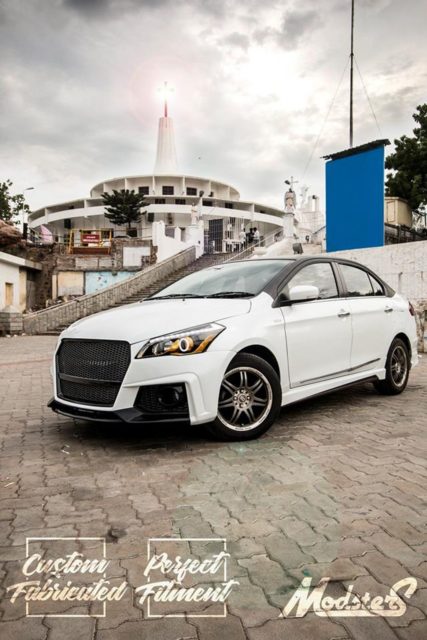 This Ciaz has been modified by the 360 Motoring and it is one of the best modifications done on Ciaz in India. The sedan gets a bright yellow paint job on the body that ensures that no eyes on the road miss it. It gets an Audi-inspired large hexagonal grille at the front that is flanked by new aftermarket headlamps. The headlamps carry Audi-inspired DRLs with two projector lamps with angel eye illumination inside. It also gets the extra strips of LED lamps above the air dam. 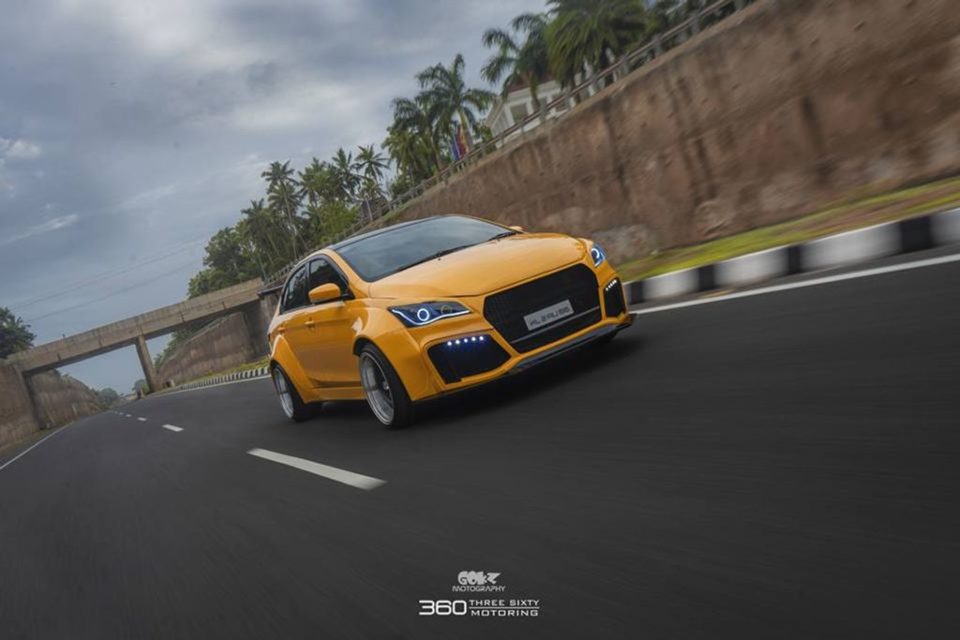 At the rear, the bumper has been updated to new ones with a heavy black insert. The sides have been bolstered with flared wheel arches and new wider tyres with aftermarket rims. The tail lamps have been blacked out to further add a sporty touch to the vehicle. The highlight of the rear-end is the huge spoiler that is mounted on the boot of the Ciaz.

If a car can show expression, this is what the aggressive expression would be the bike. The Maruti Ciaz shown in the pictures gets bright red highlights all over. The car gets aftermarket honeycomb grille and a new bumper at front. The bumper itself looks quite aggressive and gets a splitter in front. The fog lamp housings in particular, are well creased and are very prominent. 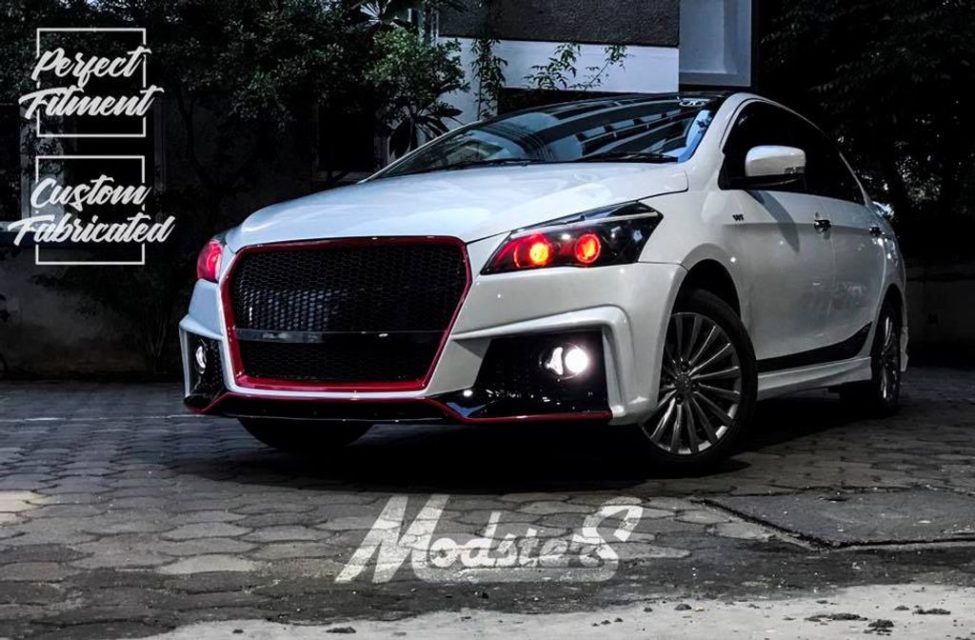 The colour red can be spotted at various places on the car. The whole grille gets a thick red colour outline while the spliiter gets a red highlight too. Even the headlamps get a red glow. We are not sure how badly it affects the illunimation but it looks quite good on the car.

At the rear, the Ciaz gets quad exhausts coming out of a customised bumper. Everything else including the tail lamp and the spoiler remains stock except for the smoked effect given to the tail lamp lenses. 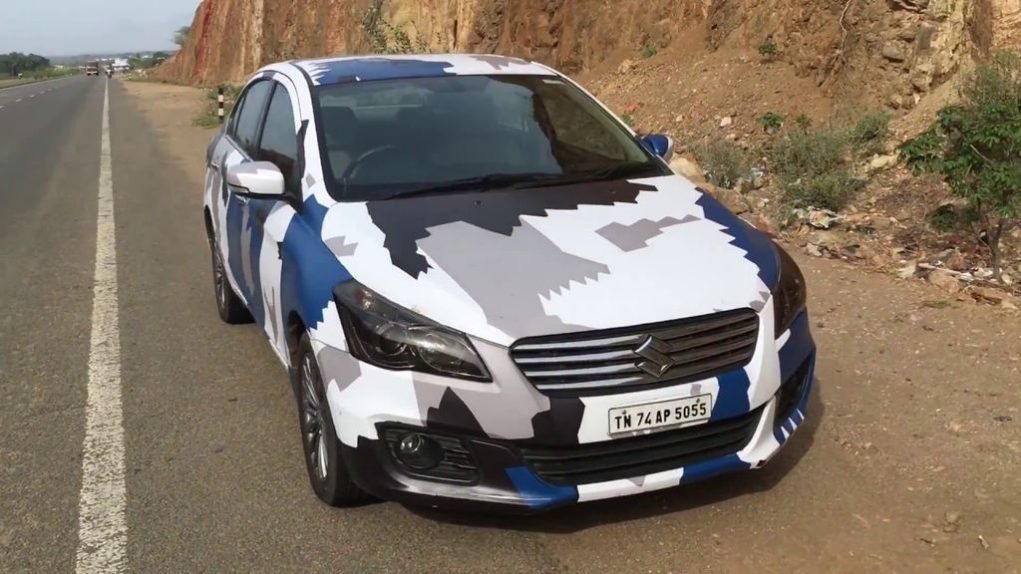 Wrapping a car is the easiest and most convinient way of changing the way it looks. Here is a Maruti Suzuki Ciaz that has been given a new identity with the help of wrap. The car belongs to Tamil Nadu and gets a striking arctic wrap job that mimics the snowy conditions in the polar regions of the planet.

The whole vehicle has been given the new wrap job and it looks stunning. Wrapping can be done quickly to any car without affecting its legality and is one of the most common jobs in the modification houses in India.

It is a simple yet effective way of modifying a car. Bodykits are bolt-on parts that can be installed quickly on the vehicle. This Ciaz gets a similar body kit that lifts the overall look of the vehicle completely. It gets customised underbody side skirts and deep dish aftermarket alloy wheels too. 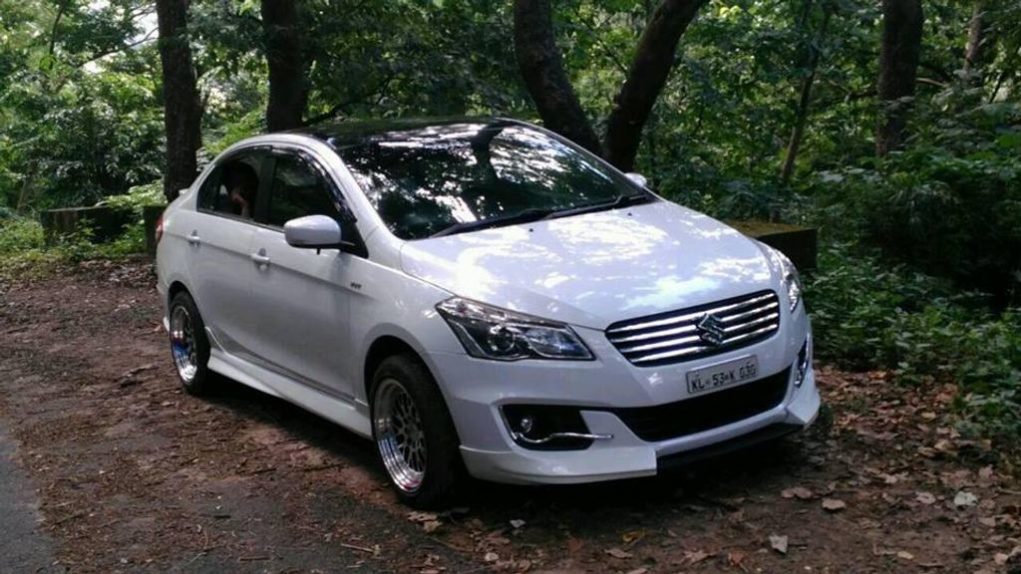