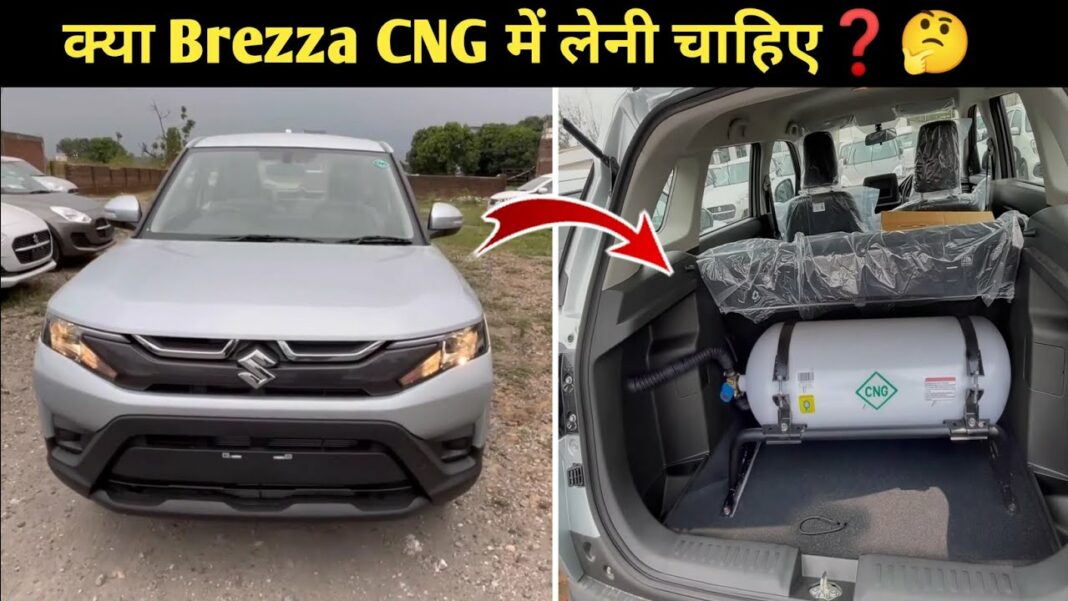 Maruti Suzuki Brezza CNG will more likely go on sale soon in India and is expected to be priced around Rs. 70,000 more than the equivalent petrol-only variant

Maruti Suzuki India Limited (MSIL) has aggressively been expanding its S-CNG portfolio in recent years. In the calendar year 2022, the largest carmaker in the country has introduced a number of new models including the heavily updated Baleno, all-new Grand Vitara, updated Ertiga and XL6, second-generation Brezza, new-gen Alto K10, etc.

Only a few days ago, the Baleno CNG and XL6 CNG made their way into the domestic market and before that, we saw the arrival of the updated S-Presso CNG and Swift CNG. In March 2022, MSIL launched the Dzire CNG as well. Up next, Maruti Suzuki is expected to launch the CNG version of the Brezza compact SUV soon in India and the details have already been leaked.

The Brezza has been in the business since early 2016 but it has not had a CNG option yet. The original Vitara Brezza was sold with a 1.3-litre DDiS200 four-cylinder diesel engine only. The facelift was launched in early 2020 and courtesy of the BSVI emission standards, the sub-four-metre SUV became a petrol-only model.

Here we have a video showing you a slideshow of images of the Maruti Suzuki Brezza CNG spotted at what looks like a dealer year. The entry-level Brezza petrol variant has a price of Rs. 7.99 lakh and it goes all the way up to Rs. 12.30 lakh (ex-showroom). We do expect the CNG iteration to cost around Rs. 70,000 more than the equivalent petrol-only model.

The K15C DualJet unit can also be found in the Ertiga CNG and thus it is expected to develop around 87 hp. The presence of the CNG tank at the boot will eat up the storage volume certainly. It could be available in LXi, VXi, ZXi and ZXi+ trims.