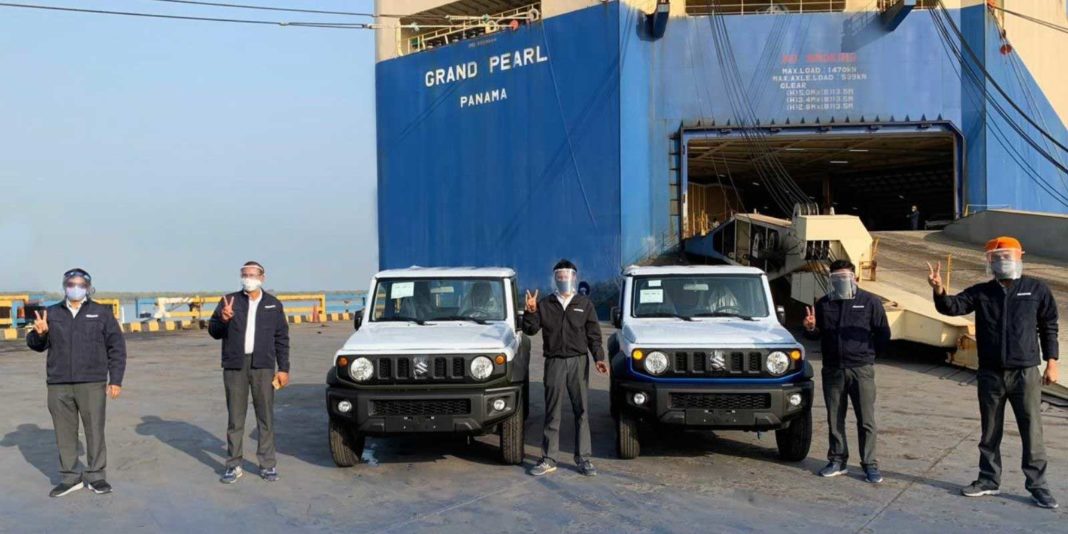 Maruti Suzuki India Limited (MSIL) has today announced the commencement of the Jimny off-roader’s export from its domestic operations. The Jimny has been a fabled nameplate for decades for Suzuki across the globe and is popular in Japan, Europe and other developed nations. The fourth generation Jimny was brought on to the scenes as a major upgrade in two decades in 2018.

The demand for the latest Suzuki Jimny soared in the international markets ever since it went on sale as the production was ramped up to met the requirements. The made-in-India Jimny is shipped to Latin American countries like Columbia and Peru as the first shipment containing 184 units has left the port of Mundra in Gujarat.

Maruti Suzuki has confirmed that the Jimny will be exported to African, Middle East and LATAM markets from India. The fourth-gen off-roader was awarded the prestigious 2019 World Urban Car Award in the World Car Awards at the New York International Auto Show. The Japanese manufacturer will look to take advantage of MSIL’s local manufacturing prowess in producing the Jimny. 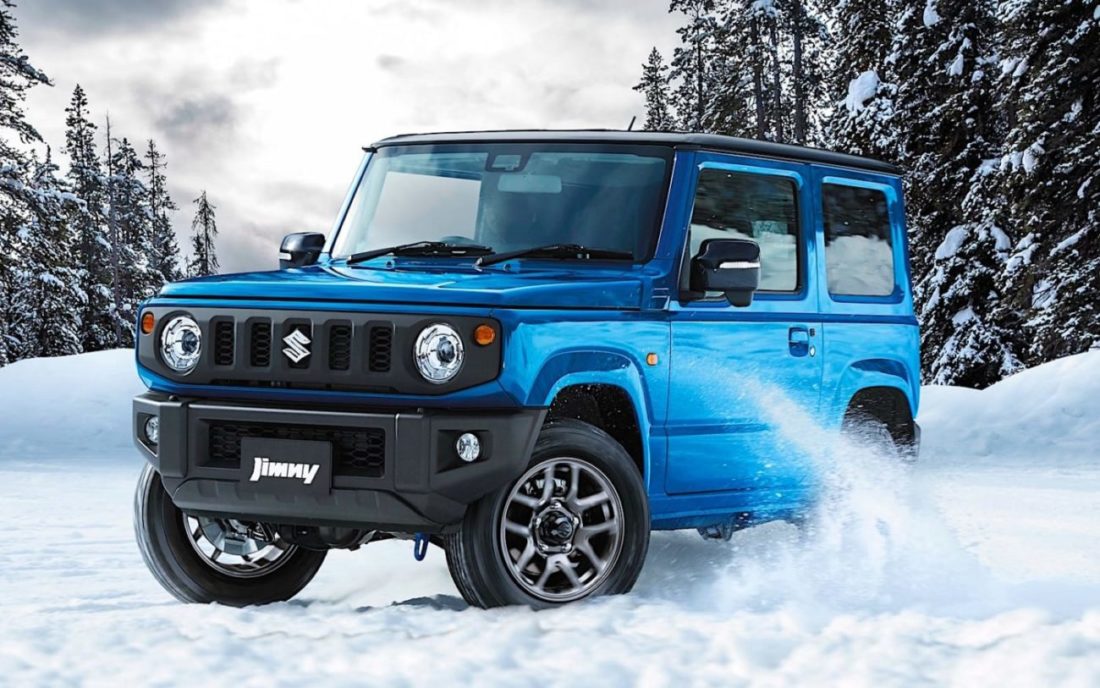 India will supplement Suzuki’s Japanese manufacturing plant in rolling out the Jimny to meet the global demand. Speaking on the commencement of the exports, Kenichi Ayukawa, Managing Director & CEO, Maruti Suzuki India Limited said, “Jimny will fulfill aspirations of customers throughout the world. Jimny manufactured at Maruti Suzuki’s Gurugram plant shares the same specification as the export models produced at the Suzuki Motor Corporation’s Kosai plant in Japan. We are confident with Jimny we will be able to enhance our overall exports.”

The three-door Suzuki Jimny measures a length of 3,645 mm, width of 1,645 mm and stands 1,720 mm tall in its export specification. It is powered by a 1.5-litre four-cylinder petrol engine, mated to either a five-speed manual or a four-speed torque converter automatic transmission. The arrival of a five-door version of the Jimny has long been touted for India.

It is expected to happen in the near future as the Jimny could step into the domestic market as a lifestyle based off-roader and it could be powered by the 1.5-litre K15B mild-hybrid petrol motor developing 104.7 PS and 138 Nm, as the same engine can be found in a variety of Maruti Suzuki models.