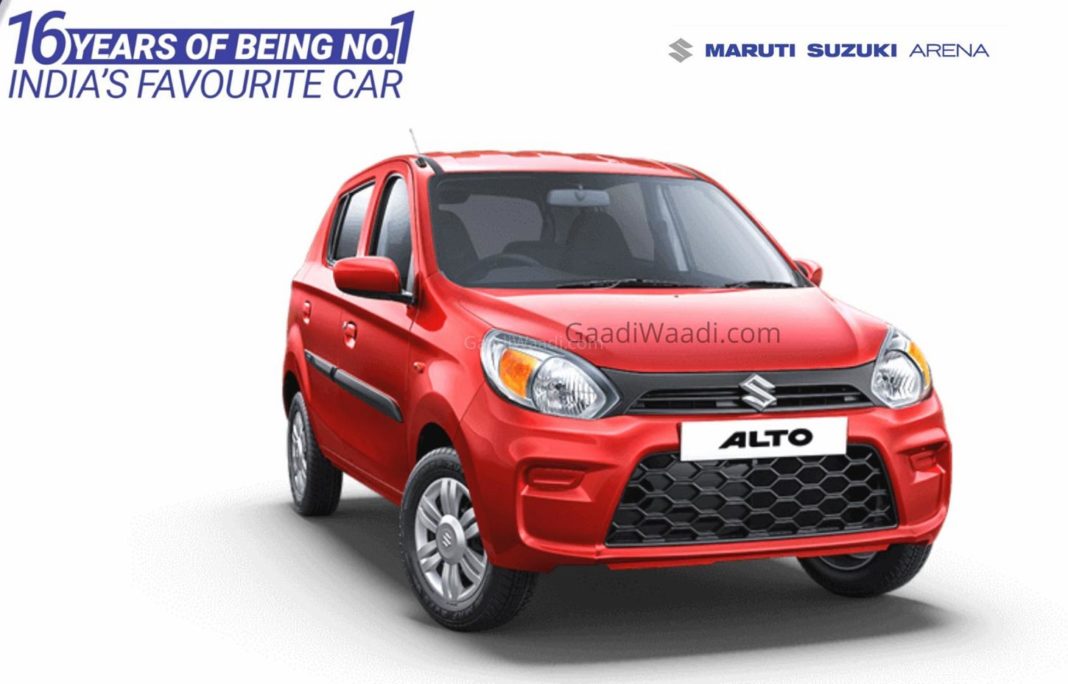 Maruti Suzuki Alto is sold in India in petrol and CNG fuel types and is priced between Rs. 3 lakh and Rs. 4.37 lakh (ex-showroom)

Maruti Suzuki India Limited (MSIL) has been selling the Alto in the domestic market since 2000 and the first generation model was based on the fifth-gen Japanese Alto. However, the second generation, available since October 2012, was completely developed exclusively for India and it has been one of the most successful automobiles ever locally.

The largest carmaker in the country has released an official statement today regarding the Alto reaching best-selling status for the 16th year running. The entry-level hatchback has played a pivotal role in the brand garnering high sales volumes over the years and it made Maruti Suzuki the go-to automaker for the first time buyers and thus maintaining its consistency.

The Alto was first introduced in September 2000 and it became India’s best-selling passenger car in 2004. Since then, the small hatchback with its highly affordable price range has been a mainstay at the top of the sales charts and doing so for as long as 16 years is certainly an incredible feat. Sticking by the latest safety standards, the Alto was also upgraded recently as well. 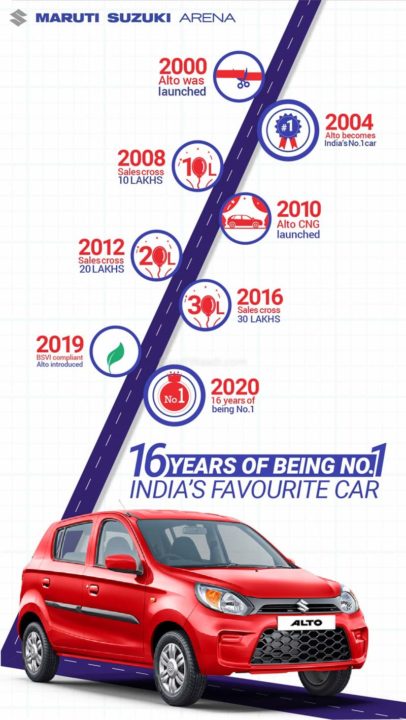 Shashank Srivastava, Executive Director (Marketing & Sales), Maruti Suzuki India Limited said: “Consistently setting new benchmarks in the Indian auto Industry, Alto is the undisputed leader in India for 16 years in a row establishing its dominance in the competitive entry segment. Owing to its unparalleled performance, compact design, easy manoeuvrability, high fuel-efficiency, affordability and timely convenience and safety related upgrades. Backed by a strong legacy, Alto continues to appeal to customers across the length and breadth of the country, with 76% customers choosing it as their 1st car.”

He further added:
“Alto’s unrivalled journey has enabled mobility for the new and young India and has turned millions of dreams into reality. The strong customer base of Alto is a testament of customers appreciating the timely upgrades and refreshment in the brand. Maruti Suzuki has kept a close eye on the evolving customer preferences and aligned its product range to such changes. With Alto becoming India’s bestselling car for 16 consecutive years, we express our gratitude to the customers for their trust and faith in the brand.”

The Alto is currently priced between Rs. 3 lakh and Rs. 4.37 lakh (ex-showroom) and is sold in STD, LXi and VXi grades with petrol and CNG fuel options. The latter is offered only in the LXi grade. The Alto was also India’s first entry-level car to become BS6 compliant. It has a claimed fuel economy of 22.05 kmpl for Petrol and 31.56 km/kg for CNG. 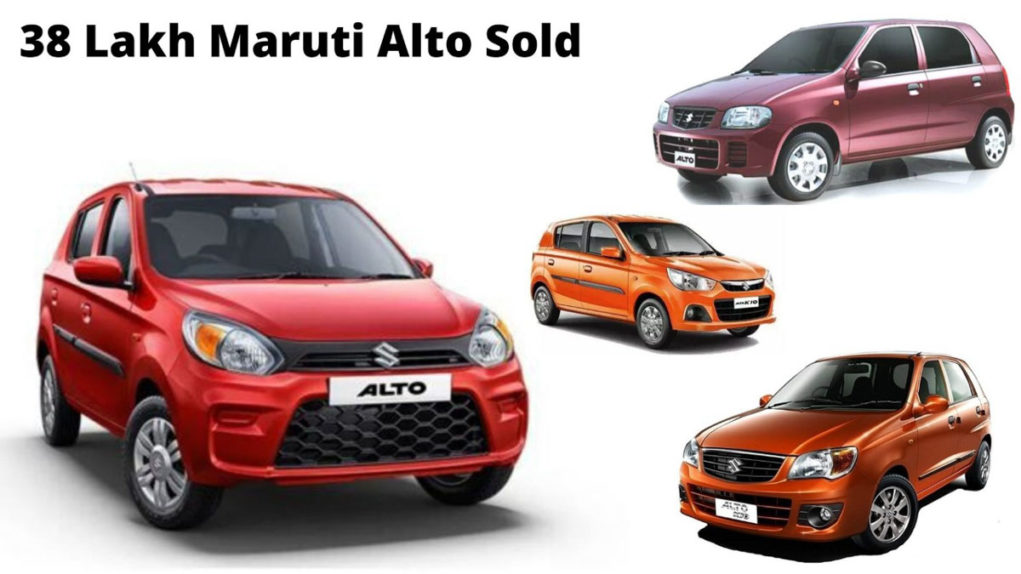 As standard, the Maruti Suzuki Alto gets safety features like driver side airbag, ABS with EBD, reverse parking sensor, speed warning system and front seat belt reminder. It complies with the latest crash and pedestrian safety standards framed by the government as well.