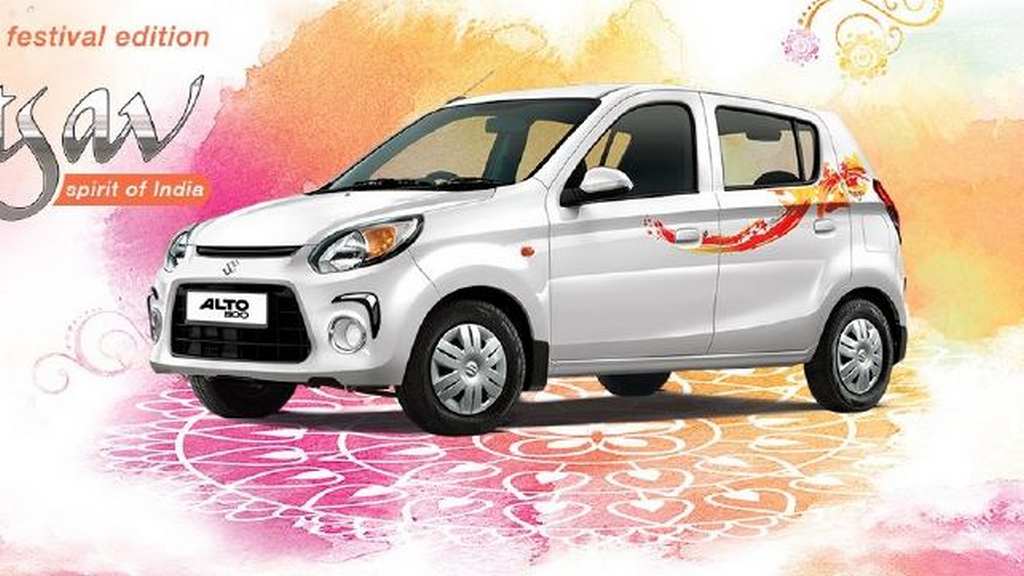 Maruti Suzuki has introduced a new special edition version of the country’s bestselling Alto 800 hatchback. With the sales booming during the festive season, automobile manufacturers are rolling out visually attractive editions of their models to entice customers. This has been happening across different segments as we have reported several new editions in the last few weeks.

The Alto 800 Utsav Edition follows the arrival of the Alto K10 Plus earlier this year. It comprised of ten changes on the outside as well as the cabin combined. Ahead of the festive season, the Indo-Japanese auto maker has given cosmetic treatment to the standard Alto 800. However, no mechanical changes have been implemented as a brand new model is still awaited.

The Utsav Edition is based on the mid-level VXi trim of the hatchback and it comes equipped with a few added features including the new decals with a mix of orange and yellow shades only on the side profile. It also gets a Utsav badge at the rear but the front fascia does not endure any modification. There are only minor changes inside the cabin as well with new seat covers and door guard.

The limited production run model will charge a premium of around Rs. 20,000 over the standard VXi(O) trim that is priced at Rs. 3.74 lakh (ex-showroom, Delhi). As for the powertrain, the 796 cc three-cylinder inline petrol engine which is good enough to produce a maximum power output of 48 bhp at 6,000 rpm and 69 Nm of peak torque delivered at 3,500 rpm.

It is connected to a five-speed manual transmission driving the front wheels. The fuel economy is rated at 24.7 kmpl. Currently, the Alto range starts at Rs. 2.59 lakh and goes as far as Rs. 3.87 lakh for the top-end variant. The Alto 800 still holds the accolade for being the bestselling car in the Indian market.

With customers’ expectancy going high, it is facing growing competition from Renault Kwid as well Tata Tiago. Several rumours suggest that the Alto could be showcased in concept form at the 2018 Delhi Auto Expo but we don’t have any confirmation yet.