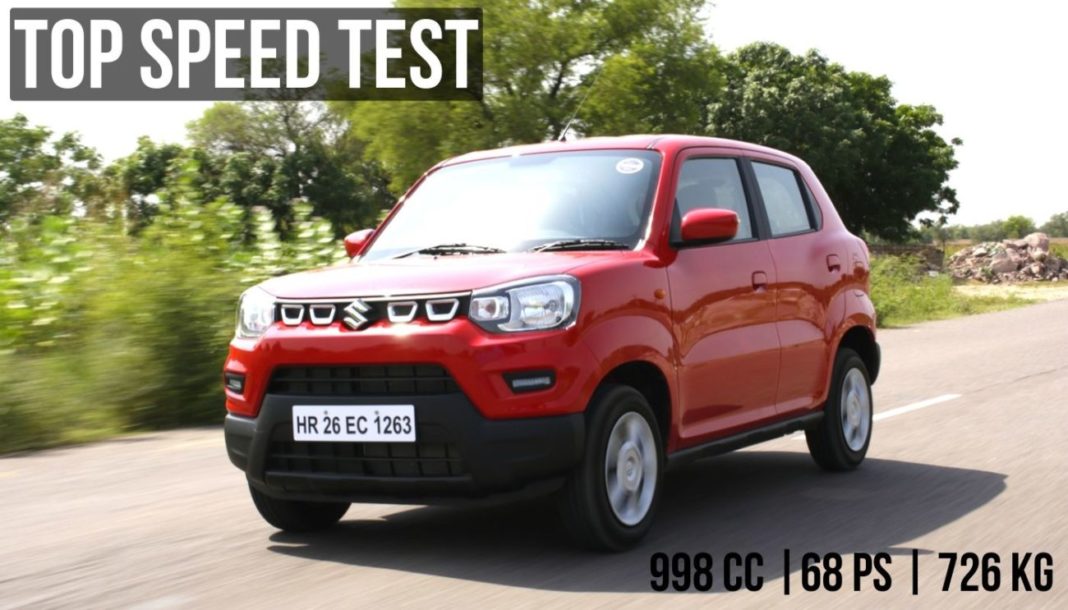 Maruti S-Presso is a crossover-styled entry-level hatchback that rivals models like the Renault Kwid and Datsun redi-GO, it is sold alongside the Alto K10

The Maruti S-Presso entered the small car market late last month and has been on sale at a starting price of Rs 3.69 lakh (ex-showroom). The S-Presso goes on to rival models like the Renault Kwid and the Datsun redi-GO with its crossover-like styling, along with a punchy performance and high mileage from the same 1.0-litre motor that powers the Alto K10, Wagon R and Celerio.

Like you would have already known, recently, we were in Jodhpur for a couple of days to test Maruti S-Presso under varied road conditions. Over here, the largely traffic-free expressway even gave us an opportunity to push the car to its limits and find out the top speed of this entry-level offering. Today, we have a video of our top speed run to show what this car is capable of.

As you can see, the AMT-equipped version of the Maruti S-Presso that we drove managed to hit a top speed of 148 kmph, which is nothing short of phenomenal for a budget-end offering. In fact, what’s even more commendable is how this car can easily achieve a speed of up to 130 kmph, with the engine not feeling stressed or even a bit underpowered.

On a fairly open stretch of road, you can even achieve a speed of 140 kmph without much fuss. However, things get a bit slow around the 141 kmph, after which the progress gets a tad slower. Still, as you can watch in our video, achieving 148 kmph wasn’t too difficult, which is commendable for an entry-level car like the Maruti S-Presso.

Powering the Maruti S-Presso is a BSVI-compliant version of the K10B 1.0-litre three-cylinder naturally-aspirated engine that produces a maximum power of 67.98PS @ 5,500 rpm and a peak torque of 90Nm @ 3,500 rpm. Transmission options include a 5-speed manual and a 5-speed AMT.