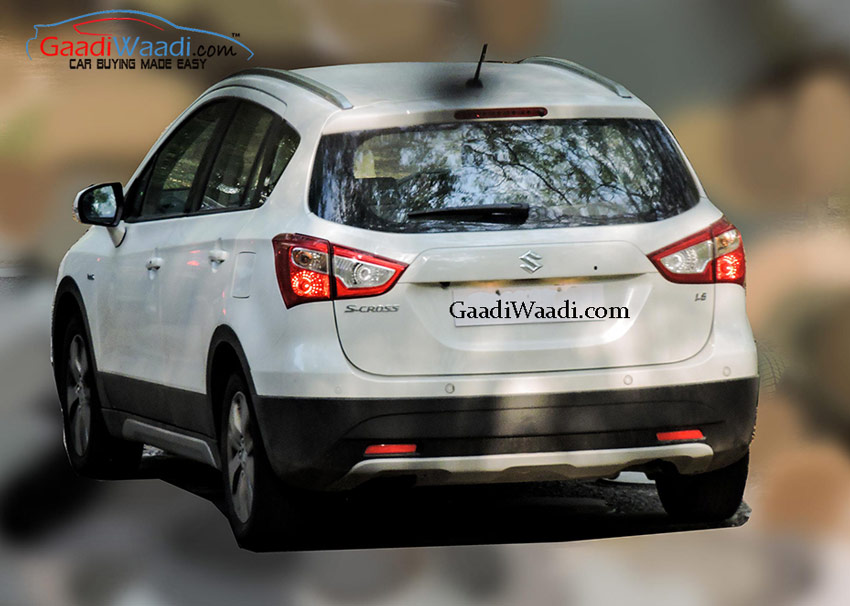 Ask us when is the Maruti Suzuki S-cross launch? And we would say pretty soon, hold your cards. The mini-SUV scene in India is just about to change, a whole lot of features packed into a small little container! Nah…it’s a crossover, and pretty decent one. As a part of the All-New premium cars in the market strategy by the company, buyers can expect more from India’s no.1 car maker.

The S-cross gives the SUV buyers an opportunity to avail a lot of features for a budgeted pricing. If you are thinking to buy an SUV within a range of 10+ lakhs, then we suggest hold on to your guns until Maruti launches its S-cross in next few weeks. The Crossover SUV will be unveiled at the IIFA awards tonight. The S-cross is manufactured at the Gurgaon plant as we reported earlier. Around 600+ SUVs are already manufactured and at a speed of 50+ cars on a daily basis to meet the requirement of the bookings once the SUV is launched.

Expecting a tough competition from Maruti Suzuki S-cross, it is likely that Hyundai has pre-poned the launch of its upcoming model Creta. S-cross is expected to be the most value for money factor SUV from Maruti until date which will lead the segments of highest mileage, lowest maintenance and best price. 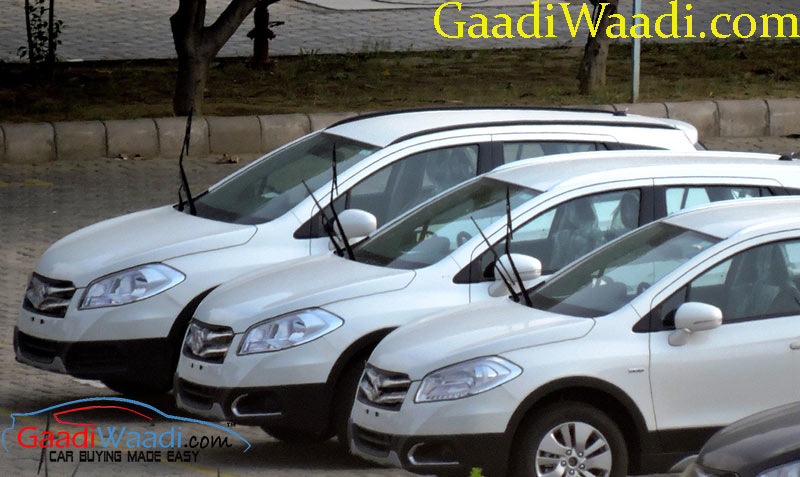 Once launched the S-cross will rival with Renault Duster, Nissan Terrano and even Ford Ecosport.

Maruti Suzuki has taken the center stage for a reason between us. Maruti plans to get aggressive with the SUV launches one after the other. From the compact SUV codenamed YBA aka Maruti Vitara Brezza to the Maruti S Cross / Across as its name is not fully decided until some days ago, due to many reasons. The reasons? We have them all today with us and they will be testifying the fact behind the delaying in finalizing the name for Indian market.

Maruti S Cross or Across ?

We got some details from the TM Authority aka Trademark Authority of India that Maruti S Cross trademark applied back in 2011 and Across & Crossa in 2014. The name S-Cross was under scrutiny because the similar names were already registered by some Automotive related companies.

Hence the reason why Maruti took the precautionary measure by also applying for names like Across and Crossa. Meanwhile, Maruti Suzuki were working very hard to get the S-Cross name as the upcoming crossover is globally known as SX4 S-Cross, which is an extremely important product that plans to stand up against the mighty Renault Duster and sibling, the Nissan Terrano.

The very similar name to the S-Cross has been taken by several companies in one way or the other, and the pronunciation was quite similar. That’s the reason TM Authority was considering whether the name should be handed over to the folks at Maruti. The names which other companies have are as follows:

Seems like the name Across and Crossa are the ones which are actually getting in the way of the names, which are listed above more than the name S-Cross. However, TM Authority has not had major objections for CrossBow, Crosstrack, Crosswind, Crosslink and Cross contact.

Also Read : Hyundai all set to launch Eleite i20 diesel in Automatic

But the main objection is for the similar pronouncing TM name registered as Cross EXX. The name registered in 1999 by Chopra Engineers was one of the main reasons for the objection, but luckily for Maruti Suzuki, after details were dug out, the registration was only valid till 2009 and finally Maruti got the approval for the S-Cross. So the flying rumors suggested some time back the Across is not the name of the upcoming Crossover from Maruti and it’s true.

TM Authority has given the go ahead to Maruti to finally use the name, S-Cross for the upcoming vehicle which is all set to change market dynamics under the sub 13 lakh rupees segment.

Is Maruti S Cross to launch under Suzuki badge ?

As discussed several times, Maruti will adopt a new badging system for its upcoming premium cars. There will be No Maruti Suzuki badge or even no Suzuki badge anywhere on the car, as model name will affix on the left side and variant details on right side (if believe on the latest spy shots). Only Suzuki Logo will be there on the front grill, the rear tailgate and on all four wheels as hub caps. Engine badges will be seen on the front fender on both sides (like DDiS) and also on the right side of the tailgate(1.3 or 1.6).

Maruti to sell all coming premium car’s from a new Premium Dealership concept branded as ‘NEXA‘.

Maruti S Cross is expected to launch in these Colors:

Talking more about cosmetic changes, we have the list of colors which will be used for the S-Cross.

Since the name debacle is done and dusted let’s get to the engine specification of the S-Cross. The S-Cross is likely to be introduced with not one, but two diesel engines on offer. Obviously, one of them is the 1.3 Diesel with 90 BHP of power and the second one is the Fiat Multijet but the 1600cc variant with almost 120 BHP of power with massive 320NM torque at 1750 RPM on tap. All these options are for the time of the launch. Maruti might introduce the AWD variant which will be coupled with only 1.6 MultiJet engine later.

Chances are very less for petrol engine to launch Maruti S-Cross with petrol engine, but if any petrol engine will be in the offing, the same 1.4L K-Series engine from Ciaz will make its way to the bay of the S-Cross and will have the same power tune as the Ciaz/ Ertiga for focus on efficiency over performance.

Another important task for the folks at Maruti has been pricing, we have told the pricing is going to be way more competitive than the competition. the prices of Maruti S Cross could start at around 7.9 lakhs ex-showroom (New Delhi) and will stay under the 12 lakh mark for the top end variant which should be the 1.6 ZDI+ variant, which be loaded to the gills right from projectors and DRL’s to parking sensors.

So there you have it, every single detail of the Maruti Suzuki S-Cross. The product, needless to say has quite an appealing look while promising a lot of practicing with space and comes with a badge which promises peace of mind and cheap and cheerful experience at sales and service counters. Time will tell the fate of this premium product from Maruti just like this case.

S-Cross is meant for launch for July but as per media speculation, the unveil will happen at the IIFA awards which will happen Kuala Lumpur Malaysia on 7’th the June.