Maruti Grand Vitara will make its global debut in India on July 20, 2022 and its bookings have commenced for an initial token of Rs. 11,000

Maruti Suzuki India Limited (MSIL) has today announced the commencement of bookings for its upcoming midsize SUV named ‘Grand Vitara’. The pre-bookings of the Maruti Suzuki Grand Vitara are open at the premium Nexa dealerships across the country and it can also be reserved online at nexaexperience.com for an initial token of Rs. 11,000.

The five-seater will make its global debut on July 20, 2022 and it will consolidate the brand’s SUV lineup following the recently launched all-new Brezza compact SUV. The Indo-Japanese manufacturer says the Grand Vitata leverages the expertise of ‘Suzuki design & engineering and born from a legacy of legendary SUV capabilities’.

According to Maruti Suzuki, the Grand Vitara is ‘set to revolutionize the Indian SUV segment’. The midsize SUV will compete against Hyundai Creta, Kia Seltos, MG Astor, Nissan Kicks, Volkswagen Taigun, Skoda Kushaq and others in the fiercely competitive space and it has several commonalities with the recently revealed Toyota Urban Cruiser Hyryder. 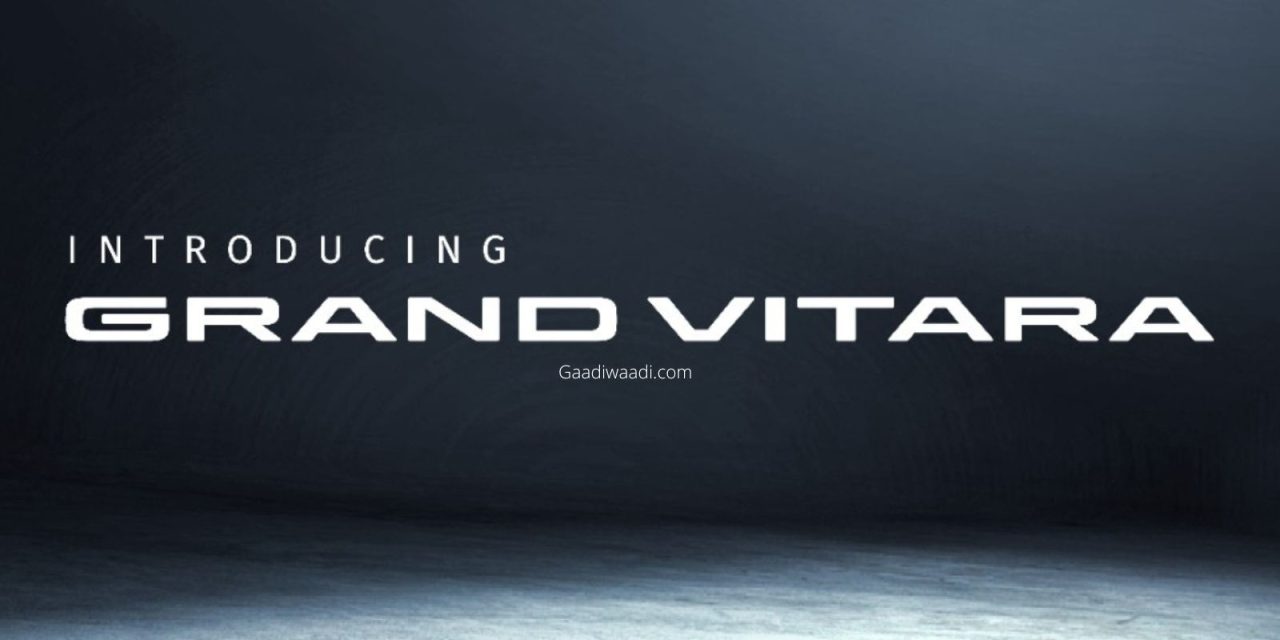 The Maruti Suzuki Grand Vitara is based on the well-acclaimed Global C architecture that is used by Brezza and global Vitara. Maruti Suzuki will also target export markets with the Grand Vitara and its mass production will begin at Toyota’s Bidadi manufacturing facility in Karnataka starting next month and it will go on sale this festive season.

It will be powered by a 1.5-litre four-cylinder K15C DualJet petrol engine with mild-hybrid technology. It is good enough to generate a maximum power output of 103 PS at 6,000 rpm and 135 Nm of peak torque delivered at 4,400 rpm. The powertrain is linked with a five-speed manual transmission as standard or a six-speed torque converter automatic unit with paddle shifters.

Both 2WD and 4WD configurations are expected to be available with this engine option. The Maruti Suzuki Grand Vitara will also be equipped with a 1.5-litre Toyota-sourced Atkinson Cycle strong hybrid petrol engine with a dedicated electric-only mode. It is linked with a CVT transmission.