Maruti Suzuki and Toyota are working on reinforcing their respective SUV portfolios and two models are waiting in the pipeline for this calendar year. The heavily updated Vitara Brezza will likely be introduced midway through 2022 and it will subsequently be followed by the new Urban Cruiser. Later this year, the Japanese duo is making a grand entry into the midsize SUV segment.

The five-seater midsize SUV space is highly sought after in recent years and Maruti Suzuki has a glaring absence. Courtesy of its partnership with Toyota, an all-new product is preparing to make its market debut towards the end of this year and it will spawn a Toyota sibling as well. While we told you about this previous, the cat was finally out of the bag a few weeks ago as a pair of test mules were caught on camera giving us a preview of what’s in store.

Maruti Suzuki’s midsize SUV is internally codenamed YFG and it will compete against Hyundai Creta, Kia Seltos, VW Taigun, Skoda Kushaq, MG Astor, Nissan Kicks and the likes. It will be underpinned by a derivative of the low-cost DNGA platform and rolled out of TKM’s production facility in Karnataka. It will be sold through the Nexa chain of premium dealerships.

Despite sharing the architecture, the Maruti Suzuki YFG and Toyota’s D22 will look different visually. The YFG appears to have taken plenty of design inspiration from Suzuki A-Cross sold in the global markets, and is essentially the rebadged version of the Toyota RAV4. It gets a split headlamp cluster, LED DRLs, grille design similar to Baleno, squared-off wheel arches, sporty alloy wheels, etc. 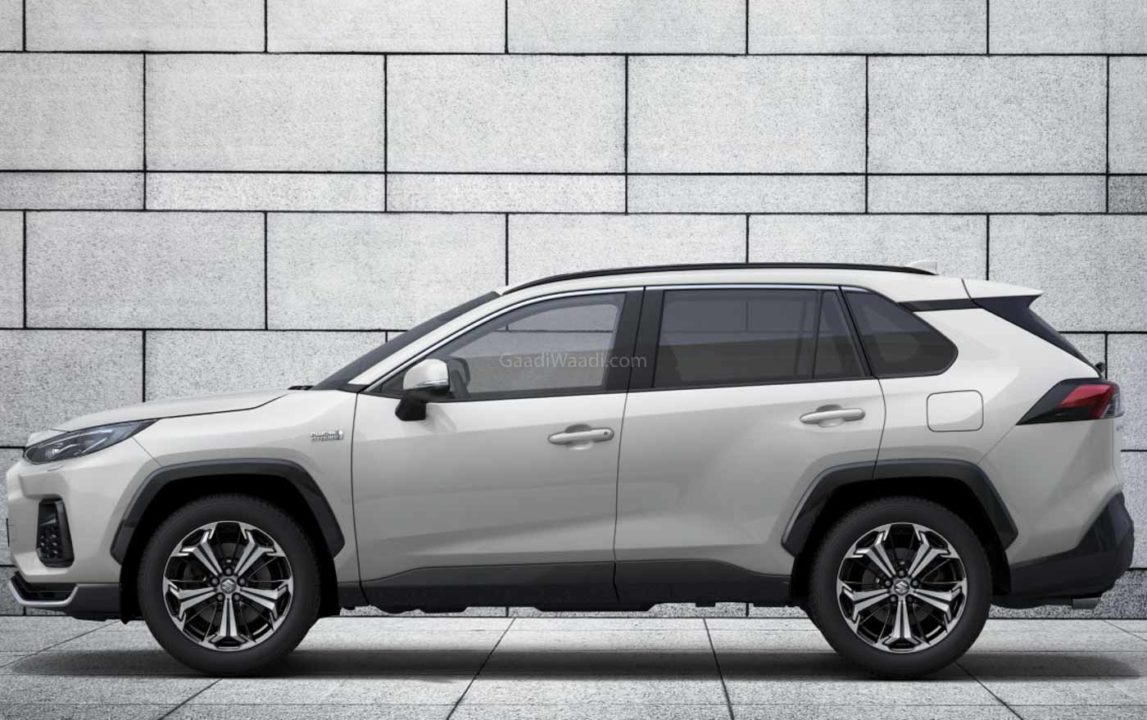 Going by the segment’s trend, Maruti Suzuki could offer ADAS technology with the upcoming midsize SUV. As for the performance, a 1.5-litre four-cylinder petrol engine with a strong hybrid system could be utilised. In a similar fashion to the Camry Hybrid, it could get a dedicated EV-only model helping in running on battery power for short distances to save fuel.