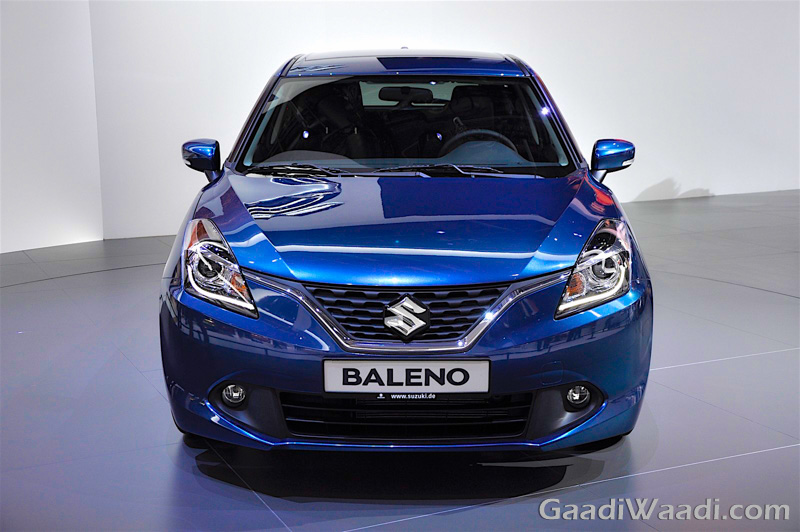 Maruti Suzuki Baleno was introduced into the Indian market on October 26 last year with one petrol and one diesel engine line-up. It has been well-received as evident from the toppling of Hyundai Elite i20’s reign as the country’s leading premium hatchback in its first full-month of sales in November. Retailed from the Nexa premium dealerships across the nation, the Baleno slotted in sixth in the top ten November selling cars list by turning an immense number of 9,074 units against the Hyundai hatchback’s 8,264 examples. The last month of 2015 saw Baleno going even better with a sales of 10,572 units and despite the humongous response among customers, Maruti Suzuki doesn’t seem to be resting on its laurels. Maruti could most probably unveil the powerful 1.0-litre boosterjet-equipped Baleno at the forthcoming 2016 Auto Expo next month before likely reaching showrooms in middle part of this year. The test mule was spotted by us already and on top of that several pictures have emerged in recent weeks.

The 1.0-litre three-cylinder Boosterjet turbocharged petrol engine delivers a high performance of 110bhp and 170Nm of torque to rival against the affordable hot hatchbacks in the market space, the Volkswagen Polo GT TSI and Fiat Abarth Punto. It is part of a new family of fuel-efficient engines with a new wastegate technology revealed recently in foreign markets.

In the standard, five-seater Baleno premium hatchback available currently, the four-valves-per-head, inline, four-cylinder, DOHC petrol power unit has a displacement of 1197 cc. The VVT, K-series petrol engine, found under the engine bay of Swift, is capable of pushing out a maximum power of 83 bhp at 6,000 rpm and 115 Nm of peak torque at 4,000 rpm. Driving the front wheels is a five-speed manual gearbox. This mill delivers an ARAI certified fuel economy of 21.4 km per litre. The CVT automatic transmission option only comes with the petrol powertrain of the same engine with similar power and torque figures. It is claimed to deliver as same a mileage of 21.4kmpl. As for the diesel power plant, the Baleno features the four-valves-per-head, inline, four-cylinder, DOHC diesel with a displacement of 1248 cc. The DDiS 200 turbocharged diesel engine also does duty in the Swift hatchback and can churn out 74 bhp of maximum power output at 4,000 rpm and 190 Nm of peak torque at 2,000 rpm. It is coupled with a five-speed manual gearbox and rated to return a fuel efficiency of 27.39kmpl.