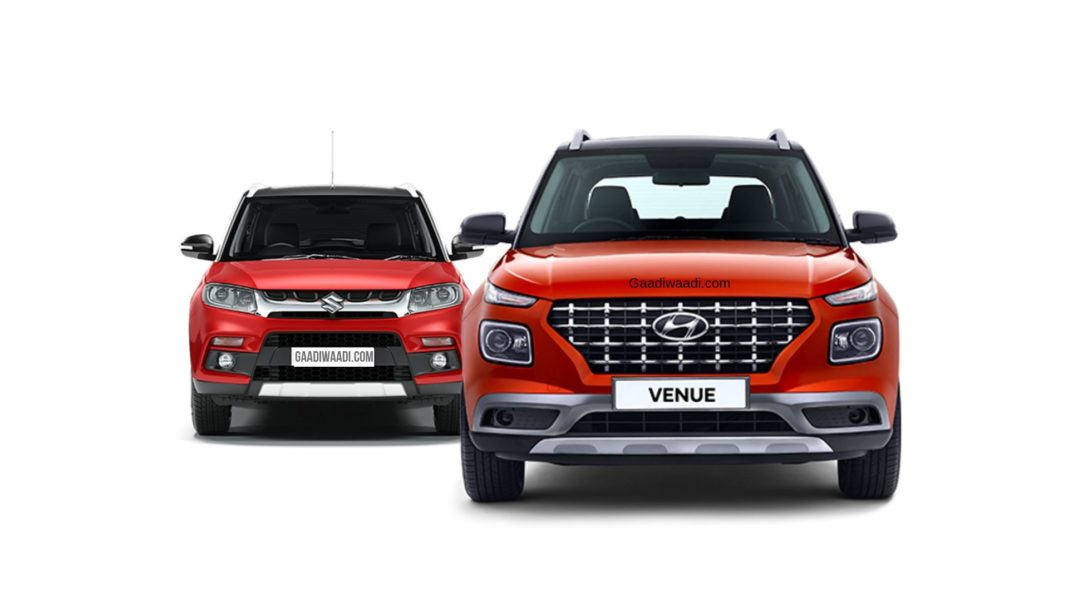 That’s the exact same per cent of market share gain that Hyundai has managed to capture in the same period. Hyundai earlier had a market share of 15.9%, during H1 FY 2018-19, which has now grown to 18.5% in H1 FY 2019-20. The Korean carmaker has not only seen the highest gain in the market share among the manufacturers but has also seen the lowest drop of just 11% in the car sales volume.

In this period, we have seen Hyundai bringing in some new cars to the Indian market including the sub-4m SUV Hyundai Venue and the Grand i10 Nios hatchback. The Hyundai Venue has taken the crown of the top-selling sub-compact SUV from Maruti Suzuki’s Vitara Brezza, which is in dire need of a refresh.

Maruti Suzuki launched the MPV XL6 in the same period, which is basically a premium Nexa version of the Ertiga, and the newly launched micro-SUV S-Presso. The former is a segment that is gaining popularity in India slowly, but the latter is an-all new segment introduced by Maruti and the buyers’ response is yet unknown. 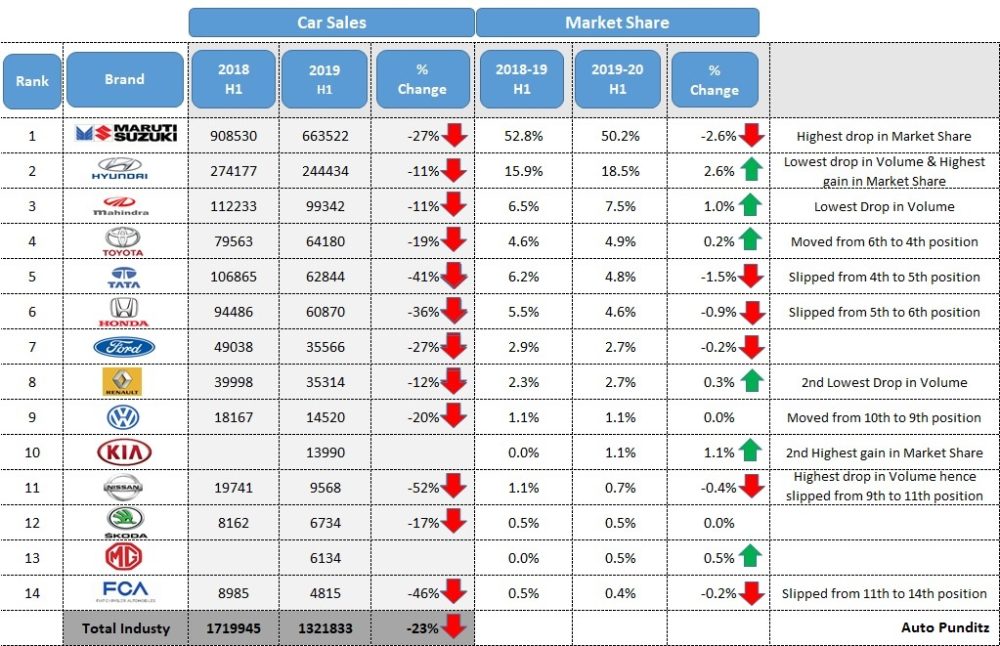 The second highest gain in the market share is that of Hyundai’s sister brand, Kia Motors. Kia recently marked its entry in the Indian market with its Seltos SUV. Seltos has continued to top the SUV sales chart for two consecutive months since its launch. 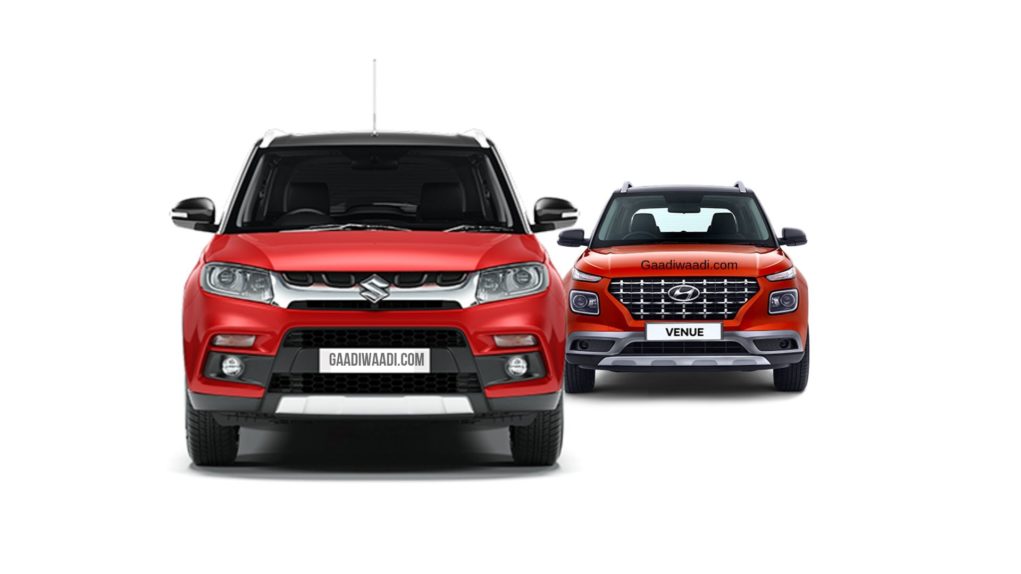 Nissan Motors India has seen the highest drop in volume in H1 FY 2019-20 compared to the same period last year. With its current lineup of Kicks, Terrano, Micra, Sunny and GT-R, it managed to sell only 9,568 passenger vehicles in the given period. On the other hand, Mahindra & Mahindra faced the lowest drop in sales volume (shared with Hyundai), while also increasing its market share by 1%, thanks to its Marazzo and XUV300.