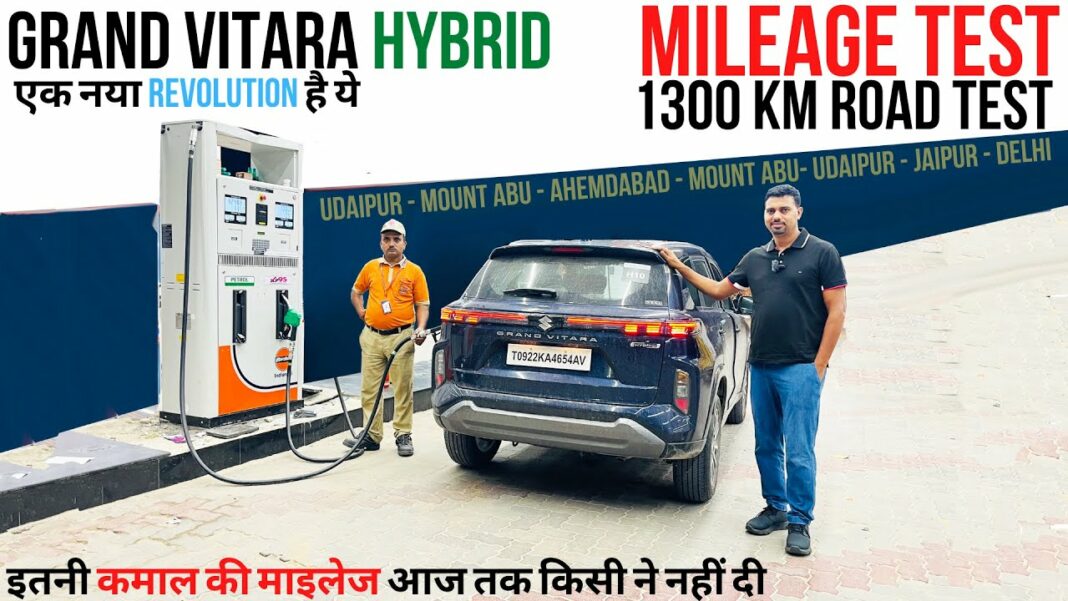 The five-seater has been comprehensively tested by us and you could see its detailed off-road video as well as a full mileage test on our Youtube channel. Here we have linked the link to the full tank range test of the hybrid SUV and the results will certainly surprise you as we have explained how the Grand Vitara managed 1,250 km in a single tank of fuel.

The Maruti Suzuki Grand Vitara becomes the most expensive SUV in the brands lineup. The flagship offering is also the first strong hybrid SUV from the largest car producer in the country courtesy of the 1.5-litre three-cylinder Atkinson Cycle petrol engine working in tandem with an electric motor and a battery pack to form the strong hybrid system.

The Grand Vitara is also available with the familiar 1.5-litre four-cylinder K15C mild-hybrid petrol engine developing a maximum power output of 103 PS and 136 Nm of peak torque. The powertrain is linked with a five-speed manual transmission as standard while a six-speed torque converter automatic unit is an option.

Maruti Suzuki sells the four-wheel drive system only with this engine. The Grand Vitara is based on the Global C platform and is the largest SUV to boast this architecture. It has a claimed mileage of close to 28 kmpl and has a booking tally of more than 53,000 units already and the waiting period is said to stand around five months depending on the variants.

The Grand Vitara has a wheelbase length of 2,600 mm and the strong hybrid system sold only in select variants. It has several commonalities with the Toyota Urban Cruiser Hyryder including powertrain options, interior space and design along with pricing for some of variants.