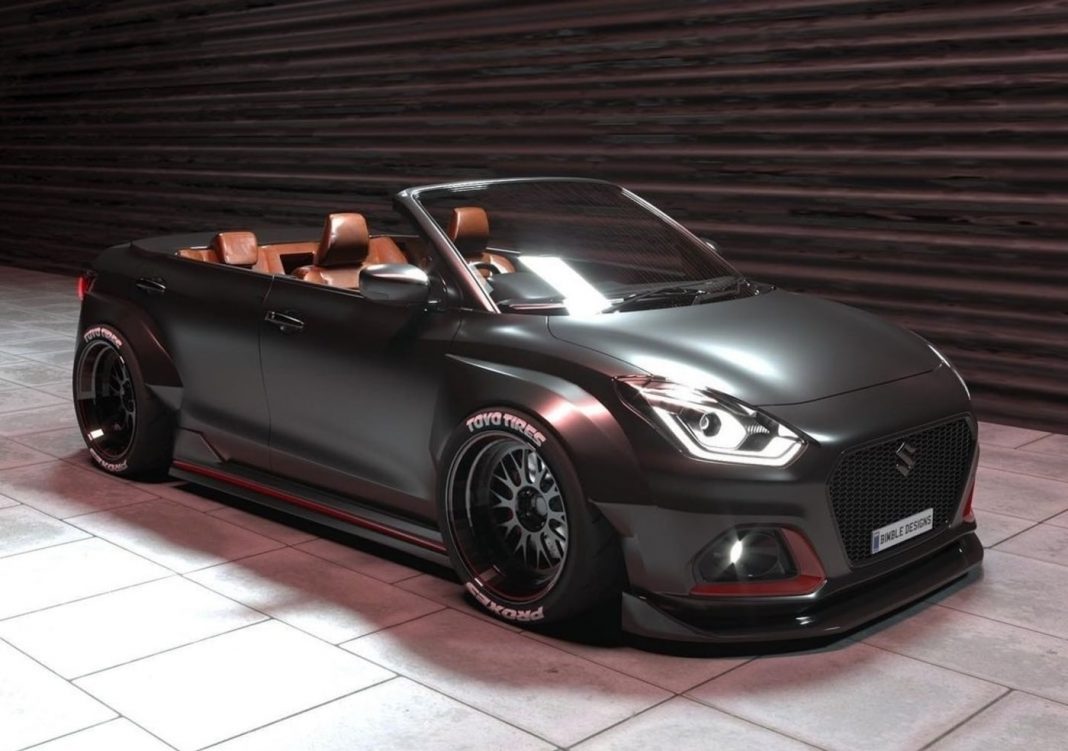 Here, we have images of a digitally rendered Maruti Suzuki Dzire, which has been transformed into a sporty, premium cabriolet concept

Maruti Suzuki first launched the Dzire back in 2008 (previously called Swift Dzire), and currently, the vehicle is in its third generation. Although the demand for sedans has decreased in recent times, thanks to the rising popularity of SUVs, the Dzire enjoys strong sales in the Indian market. In fact, it is the best-selling sedan in our country currently.

Recently, we came across a digitally rendered model of a Maruti Dzire Cabriolet, created by Bimble Designs. The concept looked brilliant, with layers of sportiness and premium-ness added over the regular vehicle. At the front, we see a new front grille, with a black honeycomb mesh and a blacked-out Suzuki logo. The front bumper has been redesigned as well, and gets red highlights and a lip spoiler.

At the sides, we see massive deep dish alloy wheels with racing slicks, seated within bulging wheel arches. Side skirts have also been added to the vehicle, adding more muscle to the overall design. The B- and C-pillars have been removed, and the roof of this convertible concept has been folded down in these images. 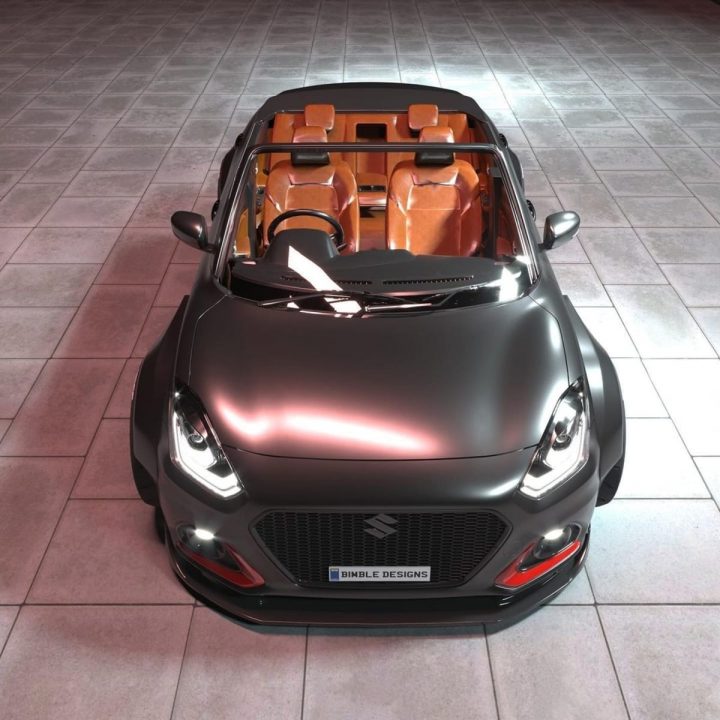 At the rear, the chrome bits on the tailgate and the Suzuki logo have been blacked out. The interior of the vehicle has been digitally upgraded as well; the cabin sports a black and brown colour theme with tan leather upholstery. The brown interior contrasts well with the matte grey exterior paint.

The ground clearance has been lowered a lot, thanks primarily to the new body kit. Also, the vehicle gets massive disc brakes on all four wheels, which is an interesting design detail, hinting at performance upgrades. The headlamps and taillamps, however, are the same as the regular model. 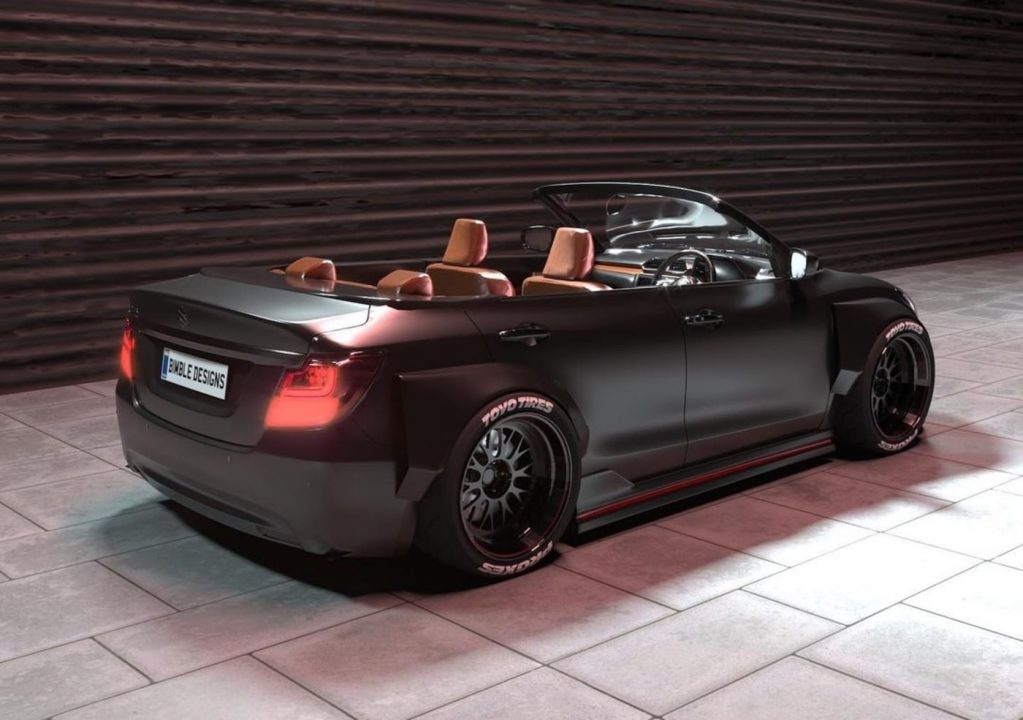 In the real world, Maruti Dzire is powered by 1.2-litre, naturally aspirated, inline-4 petrol engine. This motor is good for a peak power of 90 PS and a maximum torque of 113 Nm, and can be had with either a 5-speed manual gearbox or a 5-speed AMT, which sends power to the front wheels.

Maruti Suzuki is also planning to add a CNG powertrain option to the Dzire range. This is expected to be a 1.2L engine, which will reportedly develop 83 PS and 113 Nm when running on petrol, and 72 PS and 95 Nm when running on CNG, as per leaked information.