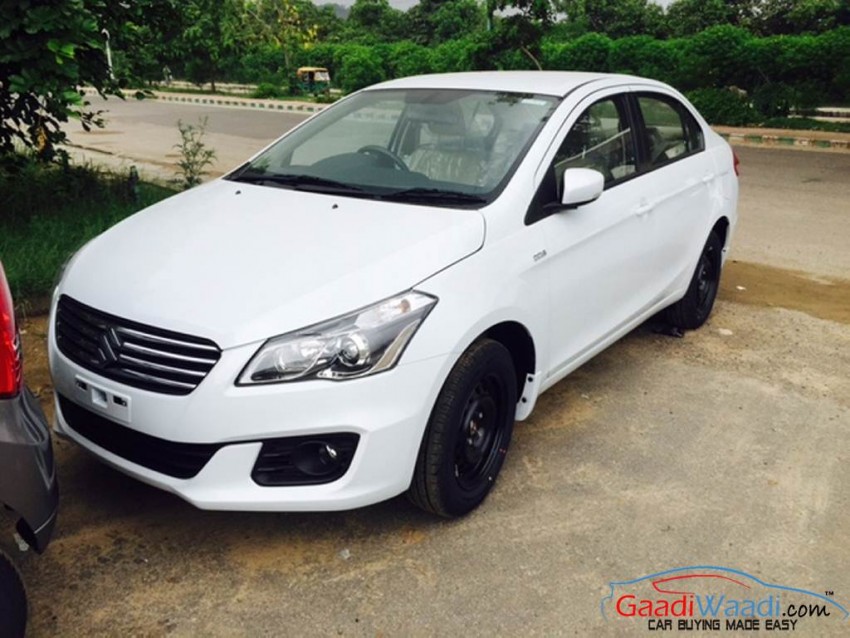 Maruti Ciaz SHVS will be the only diesel variant as normal diesel is set to be discontinued, Launching on 1st September

Updated on 29th:
In what looks to be one of the most surprising move by the largest car maker in the country, Ciaz Hybrid is on its way. It may not be a proper hybrid like most famous fuel-electric vehicles out there, but it does the job for our country. Reducing fuel consumption along with emissions means Maruti does not need to worry about BS V or even BS VI kicking off in the country. Mileage is also substantially higher than before and now deliver 28.09 km/l.

Also Read: World Exclusive – All the Details on the Maruti Ciaz SHVS

Pricing and other figures are still well guarded and most likely to come at launch. However, we estimate that the price could be somewhere around the Rs. 35,000/- to 45,000/- mark over the normal diesel given the fact there is very little has been changed. Since testing has started and ended quite quickly for Maruti Ciaz SHVS, it hasn’t done the hardcore million miles as usual to prove itself as the Multijet 1.3l diesel is a proven motor.

The pictures of the Maruti Ciaz SHVS revealing that In the Vdi+ variant, steering mounted controls along with Bluetooth buttons behind the steering wheel added. More on interior, as we told you before, the car gets driver airbag as standard and this Vdi+ will get dual airbags along with ABS and now EBD, the new feature as standard. Something that was not available with the car before and not mentioned previously.

Coming to the exteriors, everything pretty much remains the same at the front and side. The DDis badging continues to be the same on side fender. Rear boot lid though see’s the Maruti Ciaz SHVS badge on it along with the Vdi+ badging. Vdi+ will get steel wheels along with cover on top of them. Stay tuned to more updates as launch is near by and all the details will follow.