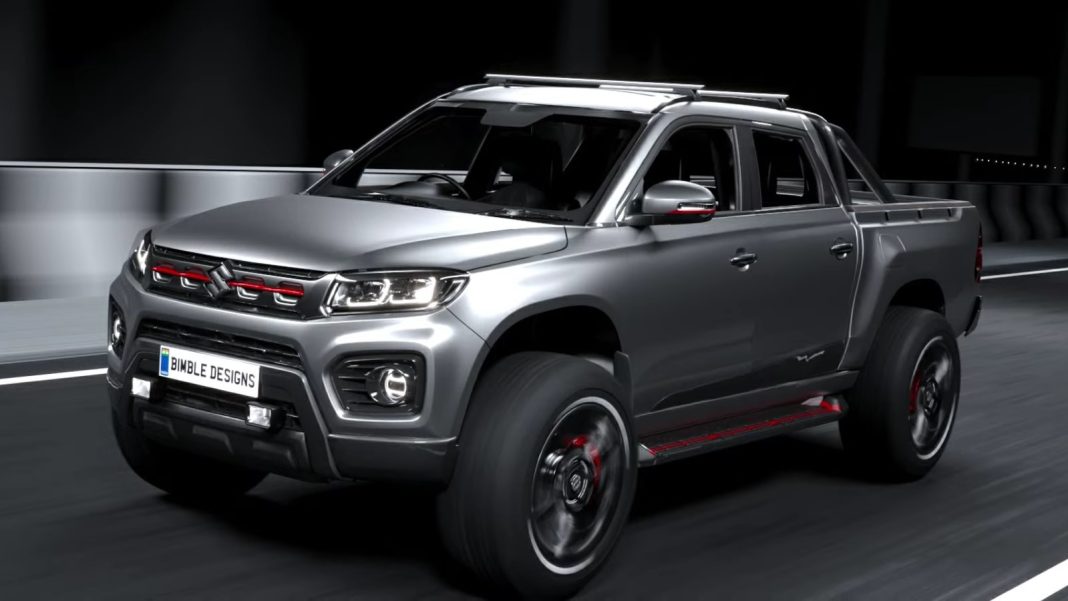 Here, we have a Maruti Vitara Brezza that has been digitally transformed into a pickup truck, christened ‘Brezza Max’

In India, the lifestyle pickup truck segment is quite small, consisting of just two options – Toyota Hilux and Isuzu D-Max. Both options are fairly expensive, which puts them out of reach for many auto enthusiasts. The demand for an affordable passenger pickup truck certainly exists, and we wish carmakers would pay some attention here.

Maruti Vitara Brezza is one of the most popular SUVs in India. It is an extremely handsome vehicle, with a boxy and muscular design, although a little conservative compared to a few of its rivals. Bimble Designs has created a digital pickup truck concept based on this SUV, named ‘Brezza Max’, and it is an absolute marvel!

The biggest change we see here is the addition of a cargo bed (taken from Toyota Hilux) at the rear. To fit the bed, the SUV’s body beyond the C-pillar has been deleted. The rear doors have been elongated a little, and the wheelbase has been extended appropriately. Large off-road tyres have been installed here, and while the alloy wheels have the same design as the stock car, they have been blacked out now. 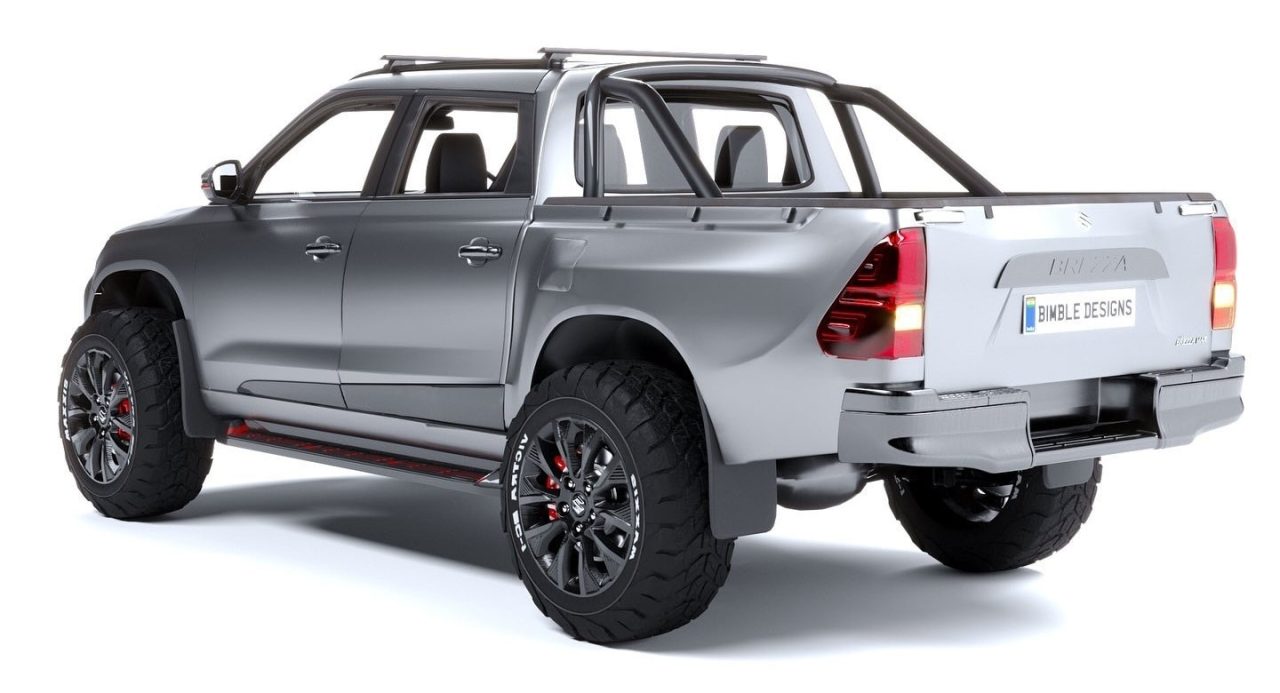 Side steps have also been installed here, along with a rear bumper step for the loading bed. Other changes include the addition of auxiliary LED lights on the front bumper, a roof carrier, and disc brakes on all wheels. We also see red inserts in the front grille and ORVMs, along with red highlights on the side steps and red-painted brake callipers all around.

In the Indian market, Maruti Vitara Brezza is available with a 1.5-litre, naturally aspirated, inline-4 petrol engine, good for 105 PS and 138 Nm. It can be had with either a 5-speed manual or a 4-speed torque-converter automatic transmission, both of which send power to the front wheels. 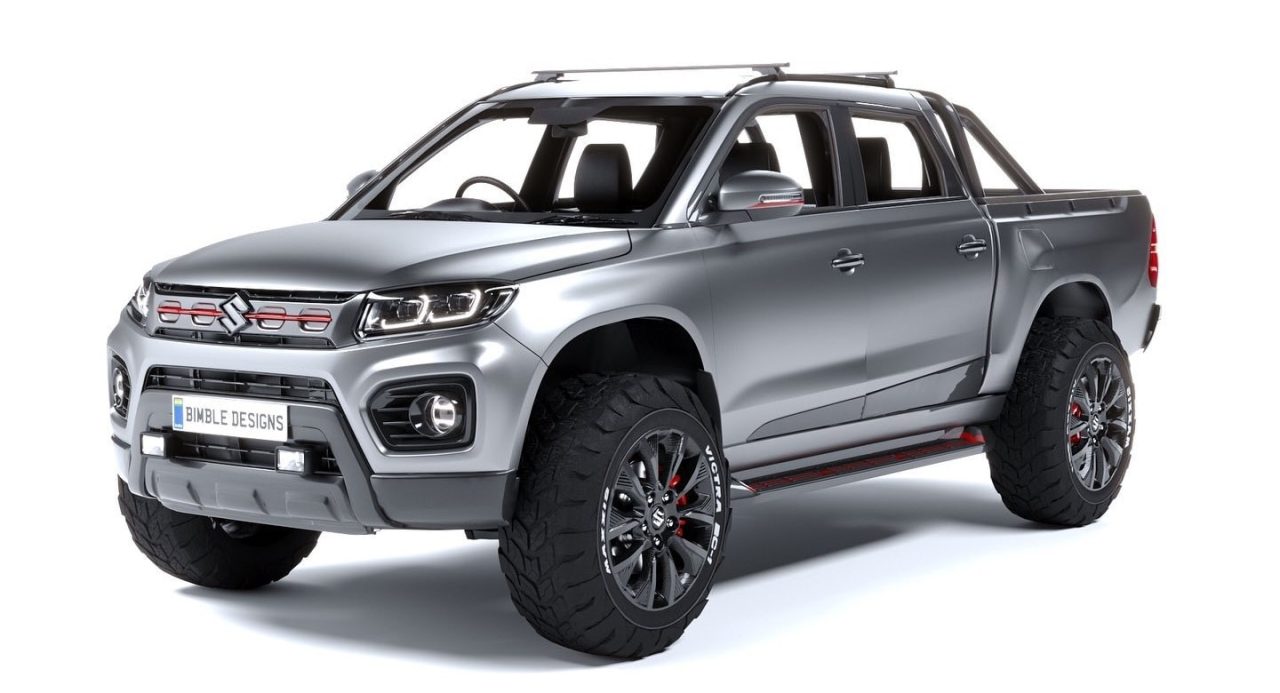 For the Brezza Max pickup truck, an AWD system and a more powerful engine would be better. That said, this is just a digital concept. It should be noted that the next-gen Maruti Vitara Brezza (expected to be called just ‘Brezza’) will get a more powerful 1.5L petrol engine (with 115 PS on tap).