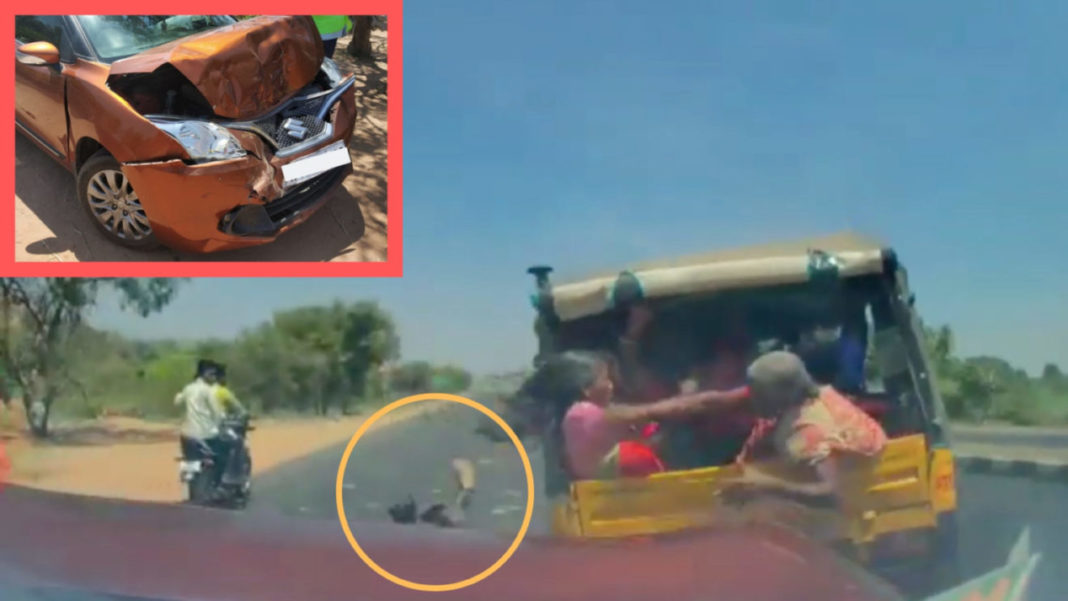 Maruti Baleno on a highway hits a slow-moving auto rickshaw at high speed from behind; luckily passengers escape unhurt

Suddenly, the video recorded from the dashcam of the Baleno shows an auto rickshaw starting to move to its left. By the time, Maruti Suzuki Baleno driver starts to apply the brake, it was too late, and the vehicle could not stop in time.

The Baleno hits the autorickshaw from behind at a reasonably high speed, and the occupants inside the autorickshaw can be seen getting hurt due to the hit from behind. A person even falls from the auto rickshaw in front of the car but luckily by that time the Baleno came to a halt.

The Maruti Suzuki Baleno gets ABS+EBD as standard along with two airbags across the variants, and it inevitably came in handy during the accident. Without ABS, such violent use of brakes could have made the vehicle skid and lose control completely. It could have turned much worse than this without the ABS.

The occupants of the car are said to be unhurt from the incident. It is not known if the occupants of the autorickshaw were injured from the accident. Indian highways are full of such slow-moving vehicles that refuse to follow the rules. One should be very careful and obey the speed limits on the road. 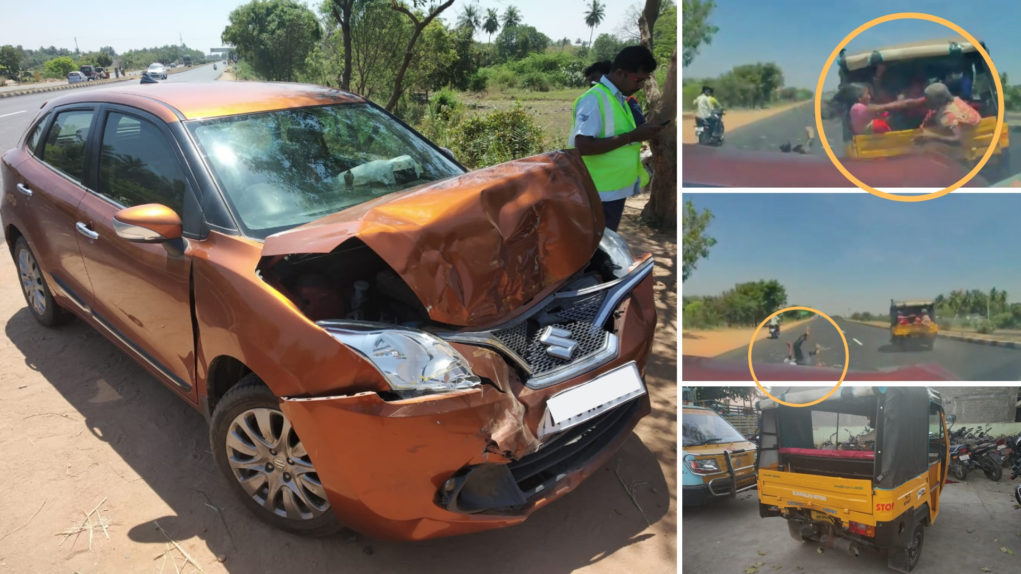 We can even see a crossing just before the accident took place. On the highways, it is always a good idea to slow down on the intersections, especially when the road is going through villages or populated towns. Also, the Baleno driver tried to overtake from the left-hand side of the vehicle, which is dangerous to do.

Such auto rickshaws are always overfilled and have almost zero braking power. The drivers of auto rickshaws do not use the rearview mirror, and most of the time the view of the mirrors are blocked. Always be cautious while overtaking such vehicles on the roads.