Maruti Suzuki India Limited (MSIL) has commenced the road testing of a brand new compact SUV on public roads, judging by the spy pictures we have seen over the last few weeks. The sub-four-metre SUV will be based on the highly popular Baleno premium hatchback and it will more likely be underpinned by the same lightweight Heartect platform as well.

Internally codenamed YTB or Baleno Cross, it will have a distinctive appeal compared to other Maruti Suzuki SUVs as it will have a coupe-like roofline. The design will take plenty of inspiration from the Grand Vitara and the Baleno, which received a facelift earlier this year. The five-seater will more likely make its world debut at the 2023 Auto Expo in January.

It could be one of the highlighting product showcases from the largest car producer in the country at the premiere motoring show. The roofline does look to be inspired by the Futuro-e concept displayed at the 2020 Auto Expo. Other exterior highlights include sharp-looking LED headlights and LED Daytime Running Lights inspired by the Grand Vitara. 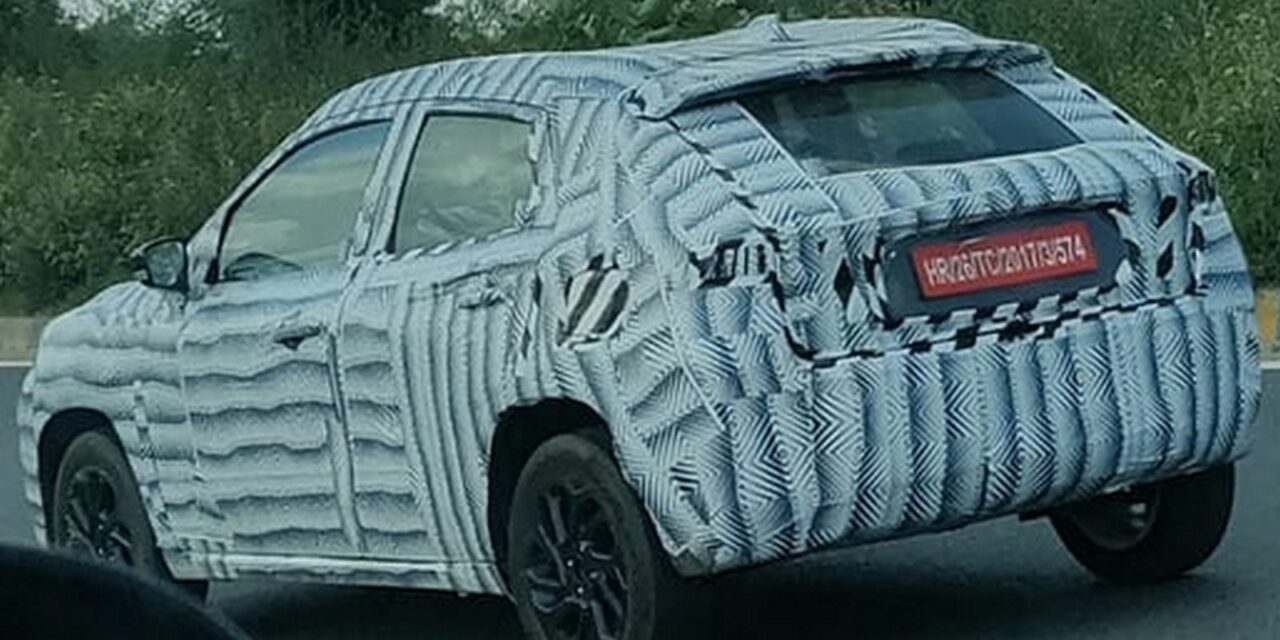 The exterior also boasts a sculpted bootlid, black painted alloy wheels, shark fin antenna, a roof-integrated spoiler, an inverted trapezoidal front grille and ORVMs borrowed from the Baleno. As for the performance, it is believed to use a 1.0-litre three-cylinder BoosterJet petrol engine found in the Baleno RS previously.

We do expect the existing 1.5-litre four-cylinder K15C mild-hybrid petrol engine available in the Ertiga, Brezza, XL6 and others to be used on the upcoming Baleno Cross, at least in the low-spec variants. The Maruti Suzuki YTB will be slotted above the Baleno and besides sharing body panels, they will have several commonalities on the inside as well.