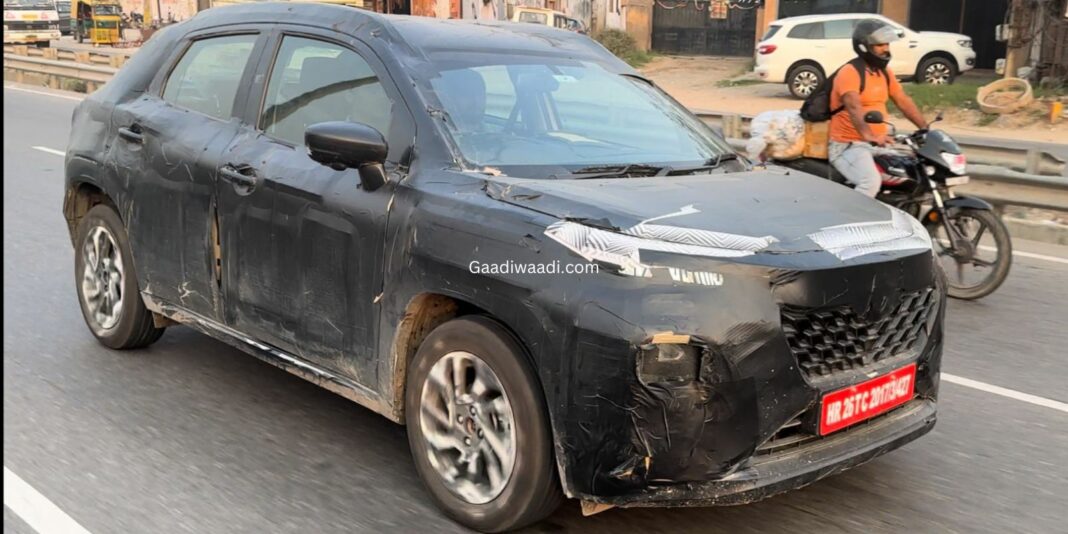 Maruti Suzuki is currently testing two all-new models for the domestic market as the five-door India-spec Jimny and the Baleno-based crossover are expected to make their global debut at the 2023 Auto Expo in January. The Baleno Cross, internally codenamed YTB, has been caught on camera revealing more details about the exterior and the interior this time around.

The Maruti Suzuki Baleno Cross will sit on the same Heartect platform as its premium hatchback sibling, which received a big update earlier this year. The front fascia of the upcoming five-seater takes plenty of design inspiration from the recently launched Grand Vitara midsize SUV while the side profile is typical of the Baleno except for the coupe-like roofline.

The test mule wears Maruti Suzuki’s signature black wrap and the rear end shows the presence of a heavily raked rear windshield, a roof-integrated spoiler, a shark fin antenna, a prominent rear bumper, a different LED tail lamp compared to the Baleno, rear wiper, etc. We can expect a chrome window line on either side and the alloy wheels on the test mule look identical to the Baleno.

The video does give a sneak peek of the interior of the Maruti Suzuki Baleno Cross and as expected, it shares a lot with the Baleno. For instance, the floating nine-inch touchscreen infotainment system, horizontally positioned AC vents, metallic door trims, a flat-bottom steering wheel, a semi-digital instrument cluster, the shape of the dashboard and centre console and so on will be carried over.

The Baleno Cross (YTB) will reportedly derive power from a 1.0-litre three-cylinder turbocharged petrol engine developing a maximum power output of 100 PS and 150 Nm of peak torque. It could be accompanied by the existing 1.2-litre petrol mill from Baleno or the 1.5-litre K15C could be drafted in for select variants. 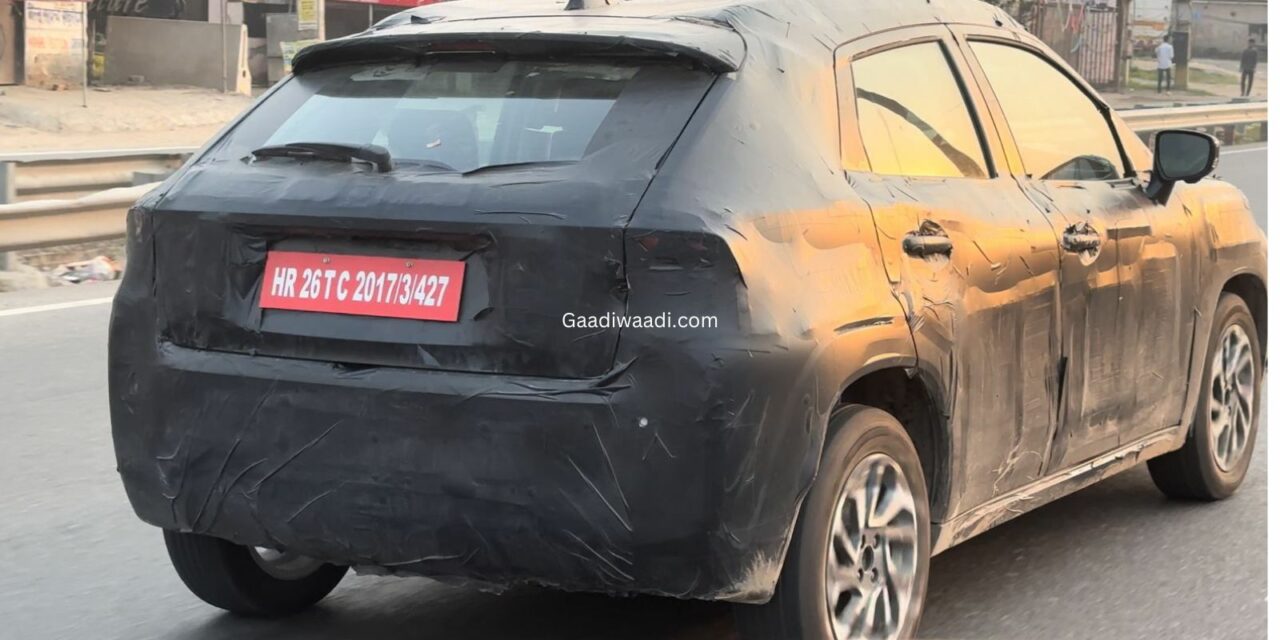 It will be retailed through the Nexa chain of premium dealerships and the equipment list will likely boast a 360-degree camera system, a heads-up display, automatic climate control, cruise control, multiple airbags, SmartPlay Pro+ connectivity, and much more.