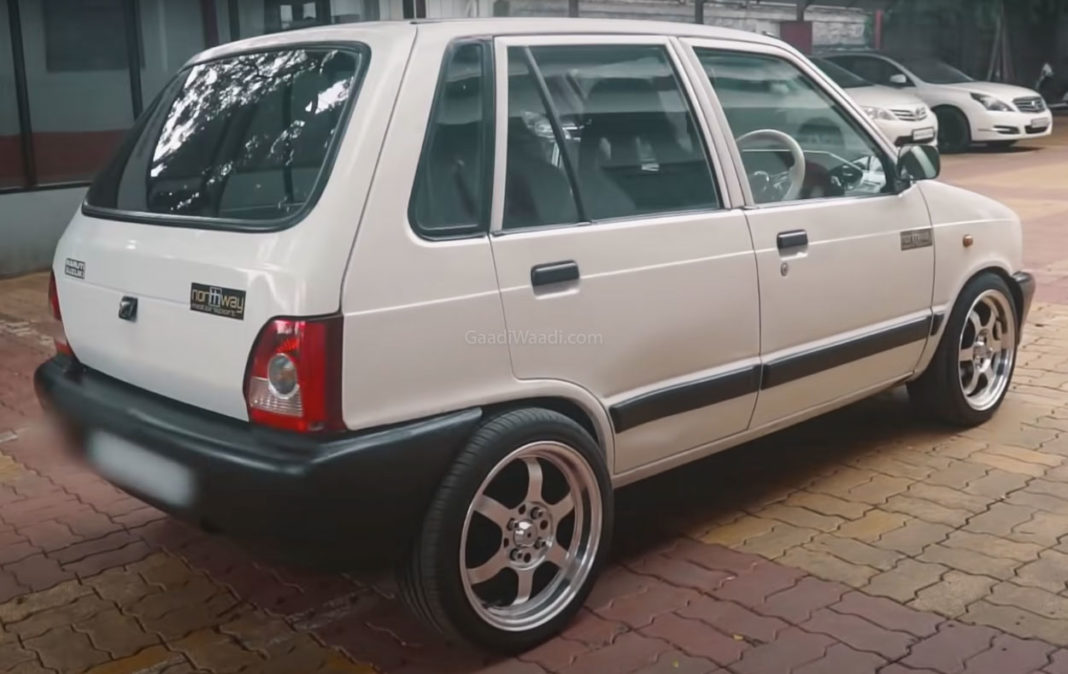 The legendary 800 nameplate was in production between 1983 and 2014 and it set new standard for car sales in India. It helped in Maruti Suzuki securing a lasting brand image among customers that plays a huge role in its modern-day success. The small hatchback also appealed to a wide range of customers and it remains as the second-longest ran nameplate in the country.

With more than 2.7 million volume sales, the 800 could often be seen plying on Indian roads and there are many interesting modifications it has been applied with in recent memory. We analyzed in a previous article about the possibility of the 800 coming back to India as an electrified model catering to the masses as the original budget hatchback.

We may have to wait for a long while to see if it really comes into fruition but before that here we can show you the 800 converted into an EV. The transformation job done by Hemank Debhade of Northway Motorsport follows the company applying similar electric treatment to the Honda Activa and Chevy Beat. There are unique features that definitely worth mentioning in this project.

For instance, the Maruti Suzuki 800 EV comes with Hill Hold Assist function courtesy of the tunable ECU. It does help in assisting traction on slopes and inclinations and thus improving the safety quotient. Unlike the stock model, this electric vehicle is a two-seater with a flatbed cover for storing items. The powertrain is replaced by batteries with 16 cells in the regular engine bay up front.

The 13.2 kW setup in a 48V system works in tandem with a 19 kW electric motor. The peak torque stands at 70 Nm but it appears only for a few seconds as the constant torque is at 54 Nm. It is equipped with 7:1 step-down transmission ensuring 378 Nm to the wheels. The top speed is claimed at up to 85 kmph while the driving range on a single charge is around 120 km.

The Maruti 800 EV uses regenerative braking for slowing down the car and there is a Tesla-like touchscreen infotainment system as well as a different drive mode functions like Drive, Neutral and Reverse. The infotainment display features custom software and it shows information such as battery level, range indication, existing usage, temperature levels, etc.