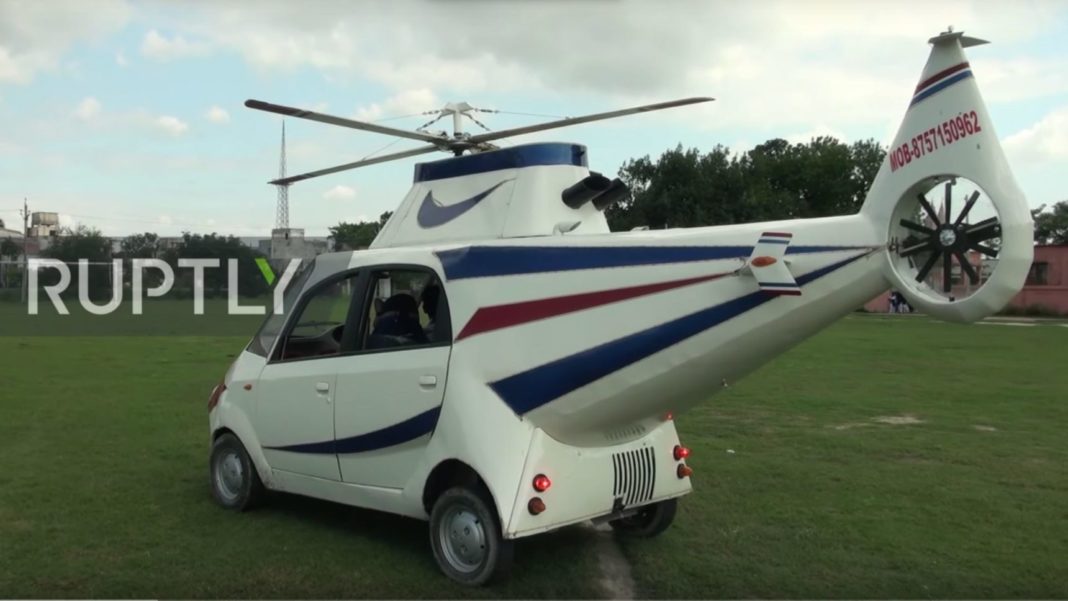 We all have our own exciting dreams but let’s face it, not all of them become a reality and when the same thing happened to a man from Bihar’s Chhapra village, well, he decided to make it come true in his own way.

Mithilesh Prasad, who belongs to a family of farmers, wanted to become a pilot but unfortunately, could not. So, he decided to take his Tata Nano and modify it into a helicopter. And he did a proper attempt at that as he added body panels to the car to make it more aerodynamic and have the familiar shape of a helicopter that we all know of.

He also added rotor blades, a tail, a tail boom and a rotor mast. That’s not it, the modifications go on to the insides of the car as well as it has been modified like a cockpit of a helicopter, complete with appropriate switches and lever placed just ahead of the steering wheel!

On the outside, the car seems to have been fitted with a new windshield which compliments the extended engine bay that houses different headlamps as well. This bodywork extends to the tail at the back with the necessary tail lights being placed underneath it in order to still make it usable on the road.

However, the modified Tata Nano does not actually fly despite having rotor blades that rotate. Mithilesh says, that this was his way of coming as close to having the feeling of flying an actual helicopter and honestly, we have to give it to him for his effort. 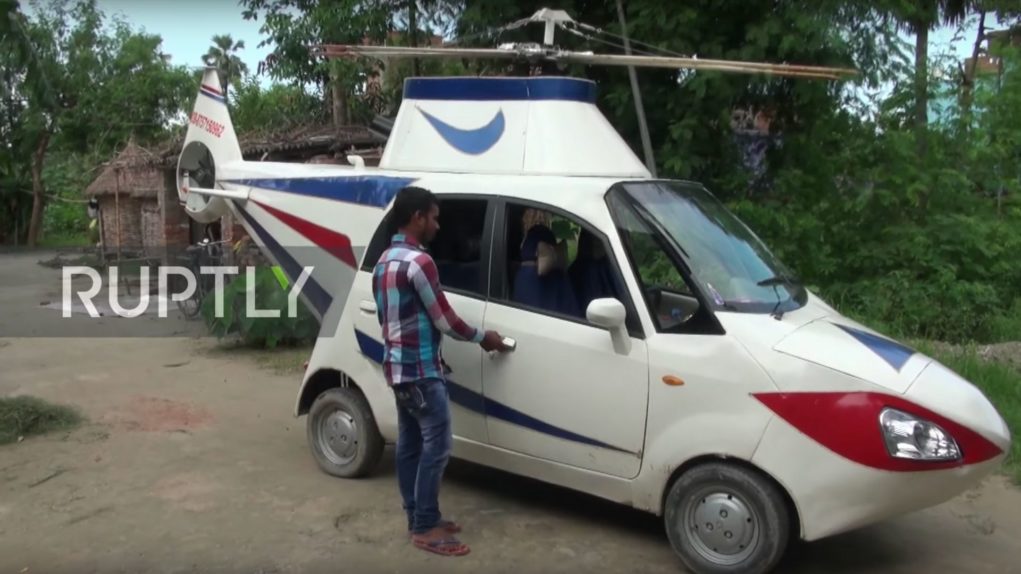 Because whatever you may say, you might have seen many modified Tata Nanos, but not one in the shape of a helicopter.