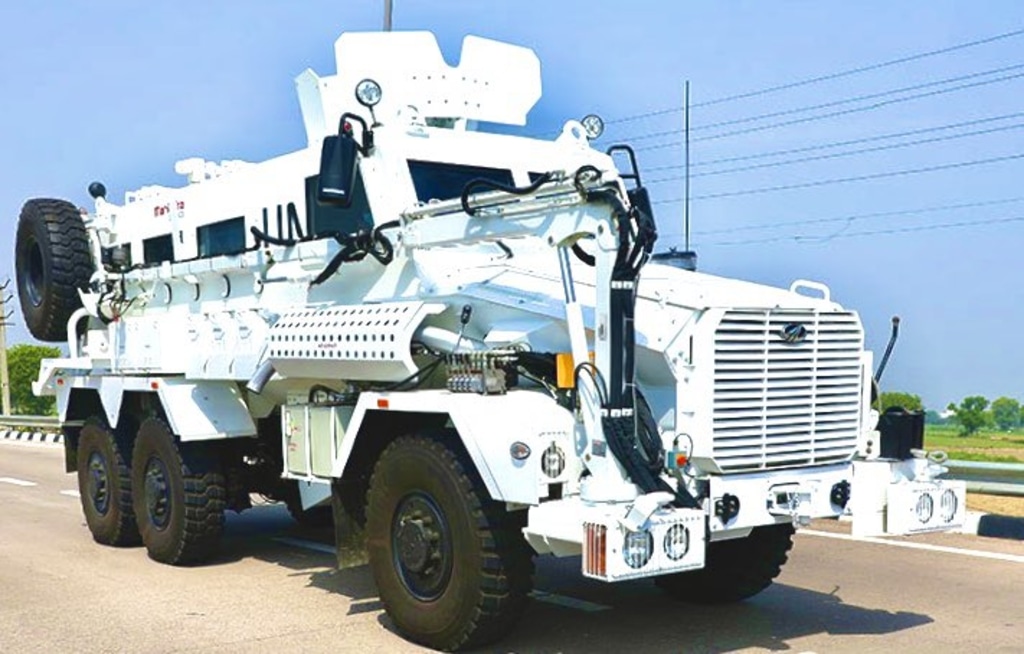 Mahindra’s new military vehicle for the UN has a mechanical robot arm which can pick up bombs safely from a distance, thus protecting soldiers from harm

Mahindra & Mahindra’s defence arm has created several vehicles for the military in the past, like the Marksman and the ALSV. Now, the Indian manufacturer has created a new armoured vehicle for the UN, to accompany the soldiers on peacekeeping missions. The vehicle has been dubbed ‘Mine Resistant Ambush Protected Speciality Vehicle’, a lengthy yet extremely befitting name.

Mahindra Defence, the company’s military vehicle division, has been praised by Anand Mahindra on Twitter, where the original pictures have been posted. He also referred to the vehicle as a mean machine, while light-heartedly stating that it would be a perfect vehicle to drive in Mumbai traffic.

In terms of looks, this armoured personnel carrier (APC) looks extremely outlandish. The dimensions are massive, rivalling that of a medium-duty truck, and the cabin has a seating capacity of 10+2 people. For occupant protection, the vehicle offers blast and ballistic protection against IEDs, hand grenades, and anti-personnel mines.

That looks like a Mean Machine, @Prakashukla It embodies the real spirit of #MahindraDefence which is about keeping peace keepers safe. ( And if it was street legal, it would be perfect to drive in Mumbai traffic! 😊) https://t.co/dBrlPP9GfB

In the shared photographs, Mahindra’s new APC for UN looks quite similar to the Straton Plus, which is another one of Mahindra’s armoured vehicles. Standard features on the Straton Plus include run-flat tyres all around, engine and battery protection, protected fuel tank, protective glass windows, intercom system, siren, public announcement system, and also an air conditioning system. It gets CEN BR6 level protection, which can be upgraded to CEN BR7 / STANG IIIa by the factory.

The Mahindra Straton Plus is based on a Ford F550 chassis and powered by the blue oval’s ‘Powerstroke’ 6.7-litre, turbocharged, V8 diesel engine. This motor can generate 300 bhp and 895 Nm of peak power and torque, respectively, and all that grunt is harnessed via a 6-speed automatic transmission and a 4×4 drive system. 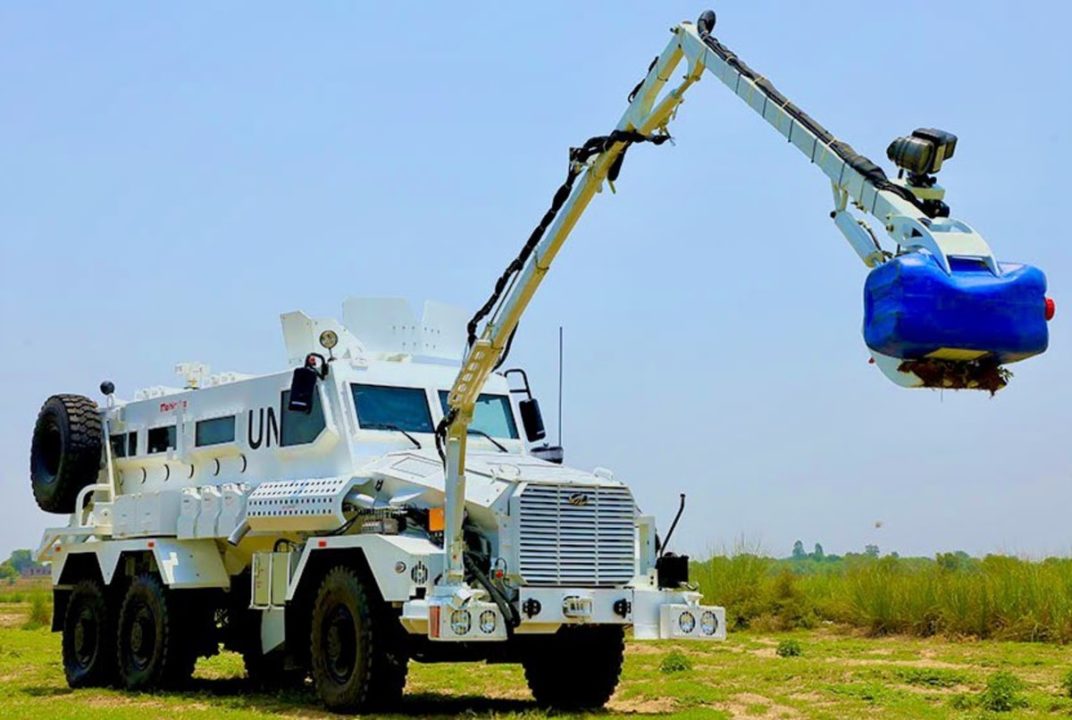 While the specifications for the Mahindra Mine Resistant Ambush Protected Speciality Vehicle aren’t available, we expect it to have the same engine and transmission as the Straton Plus, but with a 6×6 drive system. Also, Mahindra’s latest APC has a mechanical arm as well, which can be used to safely pick IED bombs up from the streets and placed away from the convoy’s path.